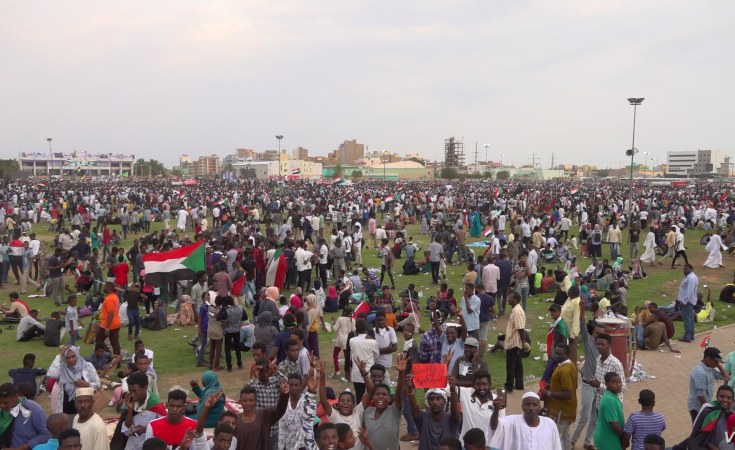 E. Sarai/VOA
Thousands of people gathered in Friendship Yards on Saturday evening to celebrate the agreement with music.
allAfrica.com

The Council is to be sworn in on Monday (August 19), a source within the coalition told Reuters.

A power-sharing agreement, which was signed on Saturday, paves the way for a transitional government and eventual elections. The sovereign council will be the highest authority in the country.

The opposition coalition is allowed to choose five members of the council and the military another five, with the two sides jointly choosing a civilian as an eleventh member, Reuters says.

On Saturday a spokesperson for the Transitional Military Council (TMC) said that TMC head Lieutenant General Abdel Fattah al-Burhan, his deputy General Mohamed Hamdan Dagalo and Lieutenant General Yasser Al-Atta would serve as three of the five military members. It has yet to announce the other two chosen members.

The FFC has nominated economist Abdalla Hamdok as prime minister.

Ex-President Bashir Got Millions From Saudi Royals, Court Hears
Tagged:
Copyright © 2019 allAfrica.com. All rights reserved. Distributed by AllAfrica Global Media (allAfrica.com). To contact the copyright holder directly for corrections — or for permission to republish or make other authorized use of this material, click here.