Africa: It's Time for Women to Claim a Voice in Agriculture 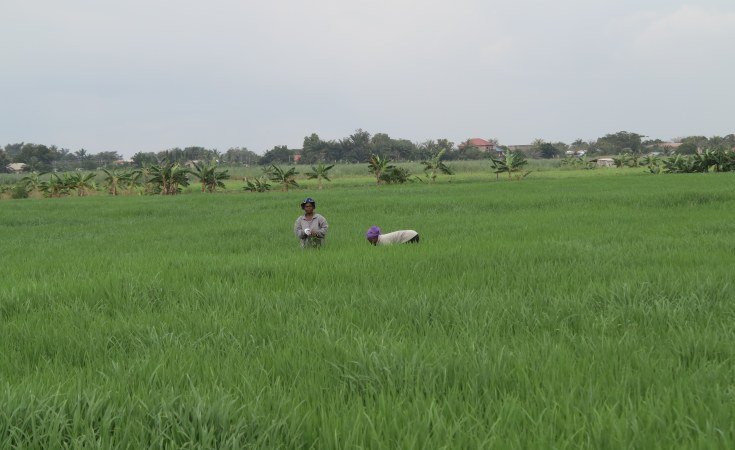 Accra — It is said that women are the backbone of the family and the bedrock of a nation, but yet we hardly hear about their successes and triumphs.

Women hold the keys to Africa's future but for decades women have faced challenges and constraints in the agriculture sector.

Studies show that women account for nearly half of the world's smallholder farmers and produce 70% of Africa's food. Yet, less than 20% of land is owned by women.

Making matters worse is that fact that at least half of women farmers face gender biases in agriculture. Many suffer from the effects of unequal land inheritance and ownership meaning that they can only have to access land through either their husbands or sons. A few have rights over the land they tend.

Natalia Pshenichnaya, Head of AgriTech Programme GSMA, in her presentation said that the agricultural labour force in Africa is made up of 49% women and 51% men. But still women remain under-represented in the decision-making, broadening the scope of research agendas, and setting priorities in agricultural research and development.

"15% percent of women are likely to go on a mobile phone and 41% are less likely to use internet in Sub-Sahara Africa", Pshenichnaya added, "but some will have no control and access of their mobiles or will have no knowledge on how to use them". We need to design technology for women by women, she added.

Women play a critical role in African agriculture even though most do small-scale farming. Most of their yields go to take care of their families. They play a crucial role in many aspects of crop production - from seeding, weeding, harvesting and even post-harvest work. If given a chance, their insights and perspectives can help to address the challenges facing Africa's farmers.

Despite being on the frontline of agriculture in their communities, most don't have access and knowledge on securing credit or the ins-and-outs of borrowing from any institutions. Many have limited access to markets and services. They don't know how to use advanced technology which is mostly aimed at male farmers. Their lack of market research and information limit is always a disadvantaged as they are only confined to local markets where prices are generally lower than in urban markets.

Some countries like Rwanda are taking initiative in the agriculture sector. Rwanda has made tremendous change in equality. According to Fatou Aminata, Rwanda's Country Representative at UN Women, they have helped change the land policy. Land is now co-owned, that's a man will have to have his wife sign a title to the land his owning. They have also introduced programs that cater for women in digital - thus training them to have knowledge, expertise and skills.

This training and service is not only in Rwanda, but in other African countries as well.

Mamodou Makadji, CEO, Doun Ka Fa Seed Co, explained that one of the challenges faced by women is lack of access to seeds in the rural areas. So they set up kiosks in villages where farmers can easily buy seed without travelling far and this has significantly helped but women still struggle financially. Makadji added, that in order to tackle the challenges associated with access to finance, they launched a platform called Doni Doni - Little by Little - where female farmers can register to purchase kits ranging from seeds to treatment packs. The system helps getting information to women and enables access to pricing information. They have at least up to six months to pay it back.

TRoTro Tractor, which is a company that specializes in providing tractor services to farmers, has made it a priority to train more female drivers. The programme started in 2016 with the aim to solve inequality. They noticed that the majority of women were in need of equipment. They noticed that many women were complaining that men get service before women. Kamal-Deen Yakub, CEO of TRoTro Tractor said "when we started training women tractor drivers, we realized they are more disciplined, and also fully recognize that as opposed to three or four days using a cutlass and a hoe on their farms, they can learn to use tractors to ease the process and also save time."

Calls have been made for the government, private sector and other key stakeholders to start supporting women farmers by providing technology training, finance, education and raising public awareness in order to boost gender equality in farming and create employment opportunities in the sector.

Join us on twitter and Facebook as we tackle questions on what can be done to boost African agricultural productivity? #AGRF2019

Rwanda Wins Bid to Host Continental Agriculture Body
Tagged:
Copyright © 2019 allAfrica.com. All rights reserved. Distributed by AllAfrica Global Media (allAfrica.com). To contact the copyright holder directly for corrections — or for permission to republish or make other authorized use of this material, click here.