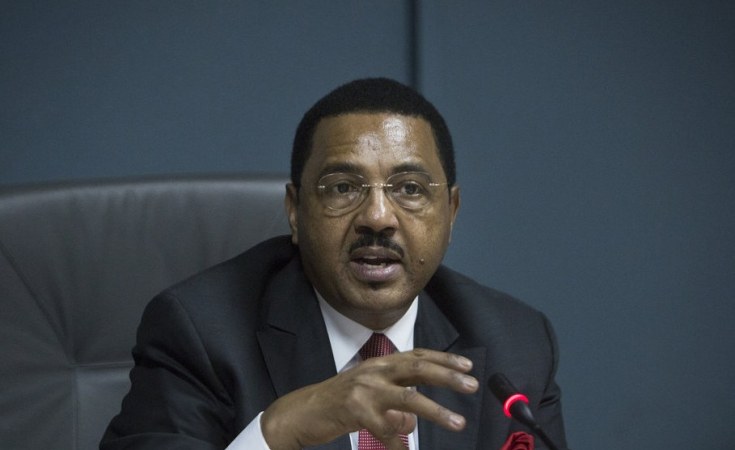 In the summer of last year, Amina was sent to spend the summer school vacation with her aunt in the upper region of Guinea. Three months later, she returned to her parents in the capital city of Conakry and only then, her father knew she has been circumcised.

The story of Amina is too much familiar in this west African country as the physical integrity, human rights and dignity of thousands of young girls are violated every year. Although the 2010 constitution of Guinea guarantees to all "the right to life and to physical and moral integrity", the practice of female genital mutilation/excision remains very high in the country. Article 6 of the same constitution states that "no one shall be subjected to torture, cruel, inhuman or degrading treatment or punishment".

More explicitly, the Children Code[1] states that whoever "practiced or favored female genital mutilation… have participated, is guilty of willful violence on the person of the excised" (Article 407) and that if the act results to a disability "the perpetrator (s) will be punished with criminal imprisonment for 5 to 10 years" (Article 408) and the punishment will increase up to 20 years if the victim dies (Article 409). Furthermore, Guinea is signatory to numerous legally binding conventions including the African Charter on Human and Peoples' Rights and especially the Protocol to the African Charter on Human and People's Rights on the Rights of Women in Africa[2] (the Maputo Protocol) which layout steps adhering parties must take to eliminate all forms of discrimination and violence against women.

Unfortunately, these legal guarantees have not been enough to bring down the prevalence of the practice - rather it has been increasing and Guinea has become the country with the second highest prevalence of FGM in the world behind Sudan. In fact, to better coordinate its actions, the government established in 2011 the National Committee to Fight against FGM/Excision within the Ministry of Social Affairs, Women's Advancement and Childhood and a handful of traditional female circumcisers have been brought before the courts to face justice, yet stories of girls going for summer vacation to a relative mostly an aunt and returning home circumcised are much too common for thousands of families around the country.

The practice of FGM/E is strongly anchored in traditional practices and customs and is done in every region, by all ethnic or religious group and social class. In the 2012 Demographic Health Survey by the National Institute of Statistics, the prevalence of FGM was at 99.9 percent in Middle Guinea, 99.7 percent in Lower Guinea, 99.6 percent in Upper Guinea, and 89.1 percent in the Forest region. Both local and international organizations have been intervening for decades to reverse the trend implementing different forms of activities. Nonetheless and as the statistics have shown, the different programs to combat FGM/E are not achieving targeted objectives of reducing the trend and from experience there are few reasons that can explain the status quo.

The foremost reason is belief. Whether that belief is religious, customarily, and/or traditional, FGM/E remains strongly fastened to societal norms both in urban and rural areas.

The belief that FGM/E is a religious requirement

According to the CIA Fact Book, more than 89 percent[3] of the population is Muslim of which the majority is practitioners. In such a religious country where, a 2013 study by UNICEF[4] found that more women (32 percent) perceive FGM/E as a religious requirement, compared to men (25 percent), religious authorities hold a central role in the life of any community. Unfortunately, what religious leaders will say about FGM/E in public is not always the belief they held and surely not the one they preach in private.

In public, all of the leaders are against the practice and they basically "act up" whatever is asked of them by elected and administrative officials. However, in their mosques the message is totally different and the lack of a clear cut explanations from scriptures has been open to misinterpretation and misconception on both sides of the issue and grounds for each side to base its view on religion. Local Muslim religious leaders for instance tend not to agree whether or not the practice is religiously permissible or whether or not its practice constitutes a sin.

Given the decentralized nature of religious authority and because the hierarchy lack legal authority to enforce its injunctions, religious leaders give their own opinion of the issue to their congregants and write their own sermons for Friday prayers. In addition, religious edicts or fatwa by renowned Islamic institutes like the al-Azhar Council of Islamic Research which states that FGM/E have no basis in Islam and constitute a sin, have no effect on ordinary citizens as each family takes ordinance from his local Imam or Sheik.

Being a society where chastity is valued, honored, and praised, many of the religious leaders and the majority of the population are convinced that FGM/E is key to control women's desire and preserve fidelity. Thus, the social benefit that comes with been circumcised largely outweighs the medical risks associated with the practice, as most of the time that argument is seen by many families in rural areas mostly, as a scare tactic used by those advocating for the ban especially if done by western organizations.

And when it is health personnel for instance midwives who conduct the procedure in health centers/clinics despite the prohibition, it is enough to convince those in favor of the practice that it is foreigner that want to impose their culture and way of life on them.  For example, in the forest region, circumcision is an initiation rite that marks the passage from childhood to adolescence and/or adulthood which is at the center of the social fabric of what defines each ethnic group's identity. Barely any alternative has been presented on how the educational value attained during the initiation rite could be passed onto to adolescent girls as in some areas there are so many activity going around.

The belief in the stigma attached to being uncircumcised

Guinean society has been described by sociologist as "confirming to the dominant social standard" and FGM/E being the dominant standard, even the most educated of its population tend to confirm to that standard. Perpetuated anecdotes and stigma of uncleanliness, and dishonour, attached to being uncircumcised is prevalent and it is not unfamiliar to hear stories like "no one would marry an uncircumcised woman" or "no mother will accept a daughter in law who has not gone through the ritual".

On the other hand, those rare families that do not practice FGM/E on their daughters do not publicize it to avoid being "named and shamed" and there is no formal support mechanism to rather "name and fame" those family as role models. It is also not uncommon, because of the same social pressure, to hear stories of girls demanding to go through the procedure, especially in part of the country where FGM/E is done on much older girls.

The persistence of the practice is also due to the lack of will from judicial authority to thoroughly pursue and prosecute excision practitioners and/or enablers. The judicial has many issues to addressed and is facing constant lack of funding and social pressure on judges has convinced excision practitioners and/or enablers that they can get away with the practice. Therefore, every summer school vacation ceremonies of FGM/E are held in hundreds of villages around the country even though nowadays there are less festive. The punitive application of the law may not by itself limit the increase and could lead to more clandestine and riskier practice but the fact that only 16 arrests[5] have been made  since 2014 is telling volume and of those cases only 8 convictions with suspended sentences and fines were handed.

Understanding the socio-cultural factors of any society is essential in the fight against FGM/E and for that matter against any human rights violation that require behavioral change. But, working with locally based grassroots organizations is key for any successful programming. Better yet, involving young girls themselves who are potential victims as the avant-gardes to convey the message themselves to parents and relatives in their own communities carries more weight than having experts who are not from the community tell what to do.

Indeed, conversions around FGM/E are still uncomfortable conversations for the majority to have and not an everyday topic and culturally people tend to avoid having such discussions and will agree on the face of it with any argument to shorten such conversations. Some local community based organizations have understood that and their programming has taken into account the contribution of girls.  And it is time for donors and financial partners to understand that dynamic and incorporate as much input from those communities rather than coming with premade solutions that have proven their limits.

Dr. Mammadou Diallo,  Deputy Special Representative of the United Nations Integrated Peacebuilding Office in Guinea-Bissau (UNIOGBIS), also serves as UN Resident Coordinator in Guinea-Bissau. He earned his medical degree from the Faculty of Medicine at the University of Conakry in Guinea. He has had a distinguished three-decade career in public health and peacebuilding, including with UNAIDS and as Deputy Special Representative of the Secretary-General in the United Nations Stabilization Mission in the Democratic Republic of the Congo (MONUSCO).