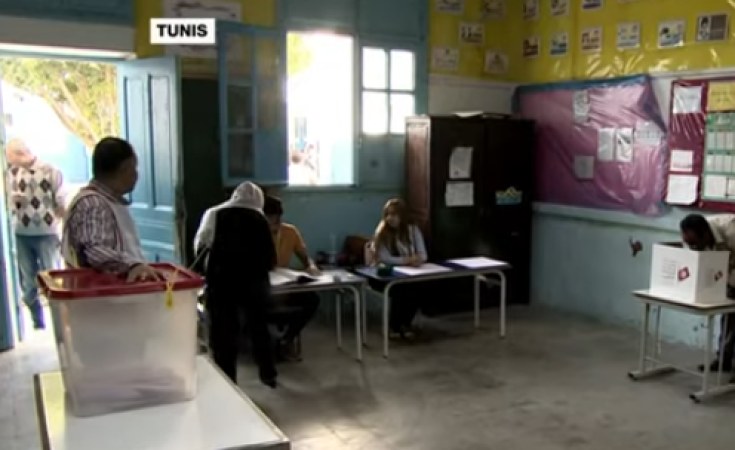 Quoting an exit poll broadcast by state TV, the news network reports that Rached Ghannouchi's moderate Islamist party would secure 17.5 percent of Sunday's vote, or 40 seats in the 217-strong parliament.

The poll by Sigma Conseil showed the Ennahdha party was followed closely by Qalb Tounes, a relatively new party founded by jailed media mogul Nabil Karoui, at 15.6 percent or 33 seats.

Earlier, Karoui, one of the two candidates to advance to Tunisia's presidential runoff vote which will be held next week - claimed in a statement that his party had come first.

Voter turnout was expected to have been low - recorded at 23.49 percent at 2pm, six hours after the opening of the polls.

Preliminary results will be announced on October 10 and official results on November 17.

Tunisia Readies for Vote as Presidential Contender is Released
Tagged:
Copyright © 2019 allAfrica.com. All rights reserved. Distributed by AllAfrica Global Media (allAfrica.com). To contact the copyright holder directly for corrections — or for permission to republish or make other authorized use of this material, click here.