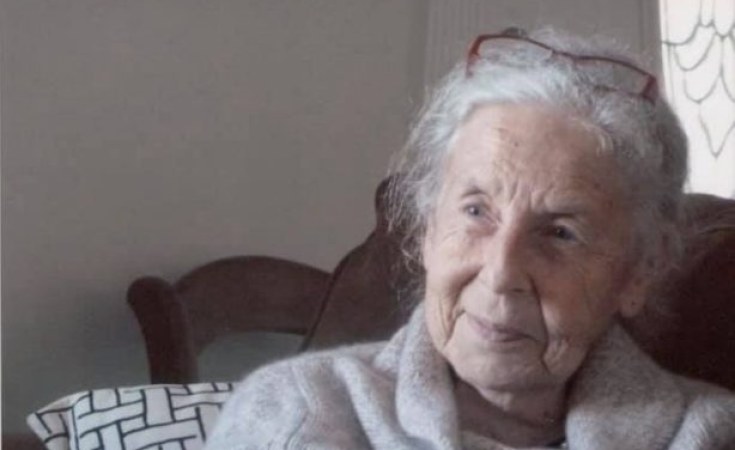 Jennifer Davis, stalwart champion of majority rule in South Africa and leader in the anti-apartheid movement in the United States, died on October 15 in Montclair, NJ, surrounded by her family. She was 85. Her love, curiosity, honesty, and insistent focus on building movements to fight for social justice influenced and inspired countless activists and organizers.

Jennifer was born in Johannesburg, South Africa in 1933. She grew up in what she described as a Jewish middle-class household where her pediatrician father was often woken in the middle of the night to make house calls. Her German-born mother was trained as a pharmacist and her maternal grandmother helped her understand the story of her family in Germany. Jennifer would later say that "never again" meant that every Jew should be an activist, resisting religious and racial oppression wherever it occurred.

In 1948, when the National Party came to power in South Africa, Jennifer took her first political action, a daring argument with her Afrikaans teacher. At the University of the Witwatersrand, she became deeply engaged in the struggle to transform South Africa. The debates at university, her study of the role of foreign capital in South African and colonial development, and her introduction to the Unity Movement all shaped her future work. After university, Jennifer continued her organizing work, focusing on supporting union struggles. But the Sharpeville Massacre and the subsequent banning of most political organizations led Jennifer, her husband and two young children to go into exile in the U.S. in 1966.

In the U.S. she joined the staff of the American Committee on Africa where she quickly established her reputation as a champion of the movement to cut financial ties with the government in South Africa.

The American Committee on Africa worked closely with the liberation movements in Africa. She testified before Congress on U.S. financial ties to South Africa and also began a decades long focus on the way U.S. corporations were maintaining apartheid. She brought this expertise to the United Nations, testifying before various committees.

In the 1970s, Jennifer was also a frequent speaker on college campuses in the United States, promoting the divestment movement that expanded dramatically following the Soweto Uprising. In her speeches and teaching, she linked the South African struggle to campaigns in the U.S., demonstrating how the same corporations that were supporting apartheid were busting worker movements in the United States.

In 1981, Jennifer became the Executive Director of the American Committee on Africa and its non-profit affiliate The Africa Fund. She understood that change in U.S. policy would come primarily from pressure around the country and to build that pressure multiple constituencies needed to be mobilized: faith communities, unions, students, state and local elected officials, and many others. With her South African colleague Dumisani Kumalo, she guided the divestment movement as more and more public and private institutions began to divest from U.S. corporations collaborating with apartheid. When repression in South Africa continued to escalate in the 1980s, the American Committee on Africa played a key role in convincing the U.S. Congress to pass economic sanctions against South Africa over President Reagan's veto.

At the Africa Fund, Jennifer worked with Little Steven and a host of cultural leaders to tap the energy, power, and economic muscle of entertainers to put pressure on South Africa. The Sun City album sold more than a million copies, educated tens of millions more, and proceeds provided funding for organizations working to overthrow apartheid.

It was during this time that Jennifer also sought the leadership of the Rev. M. William Howard and Dr. Wyatt Tee Walker to build a Religious Action Network that would mobilize African American churches in the United States to support the struggle for freedom in South Africa.

When Nelson Mandela was finally released from prison and made his first visit to the United States, Jennifer and Dumisani were part of the organizing group which arranged for Mandela to address Congress and to meet with national leaders and cultural figures. Jennifer and Dumisani also ensured that he meet with organizers and activists from 49 cities who had been at the core of the anti-apartheid movement.

In 1994, Jennifer served as an official election observer in South Africa's first free elections and the American Committee on Africa continued to champion the work for fundamental change in South Africa and around the continent.

Following Jennifer's retirement from the American Committee on Africa in 2000, she continued to consult on international issues.  She served as an active member of the boards of directors of Shared Interest in the U.S. and the Thembani International Guarantee Fund in South Africa. Jennifer, along with Richard Knight, envisioned the online African Activist Archive Project and helped make it a reality.  She remained on the project's Advisory Committee, always insisting on the importance of building connections with the people who used the archive's vast material pertaining to the international anti-apartheid movement.

Throughout her life, Jennifer was known for her clear-eyed focus on achieving identified goals, ever refusing to respond to public provocations. Jennifer's ability to bring together broad coalitions of individuals working on a common goal was a key to her success. She remained a militant supporter of struggles for a better South Africa as well as for movements for change in the United States.

In 2011, the South African government, recognizing her contribution to ending apartheid,  honored Jennifer with The Order of the Companions of O.R. Tambo in Bronze. She was commended for "Her contribution to the anti-apartheid struggle, the field of education and her commitment to human rights."

A long-time resident of New York City, Davis moved to Washington, DC in 2000. She is survived by her brother, Michael Heymann, her partner, Derek (Kered) Boyd, by her daughter Sandra Horowitz, son-in-law Paul, by her son Mark Davis, her daughter-in-law Jane, and by five grandchildren.

Donations can be made in her name to Shared Interest, which mobilizes the resources for Southern Africa's economically disenfranchised communities, or African Activist Archive, which chronicles the U.S. southern Africa solidarity movement in documents, images, and audio and video recordings.

Read more about Jennifer Davis and leave a comment on: https://jennifer-davis.org/ 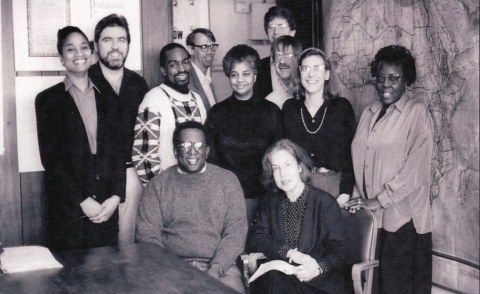 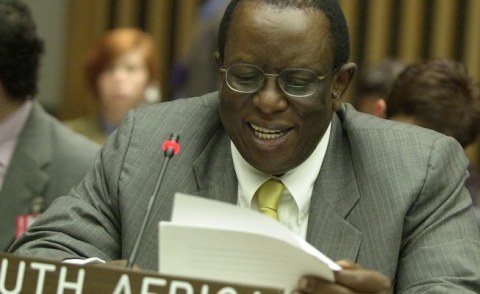 Anti-Apartheid Organizer Who Became Influential UN Envoy - Kumalo
Tagged:
Copyright © 2019 allAfrica.com. All rights reserved. Distributed by AllAfrica Global Media (allAfrica.com). To contact the copyright holder directly for corrections — or for permission to republish or make other authorized use of this material, click here.