Africa: Reclaiming our Power - Reimagining the Global Agenda for Women and Girls 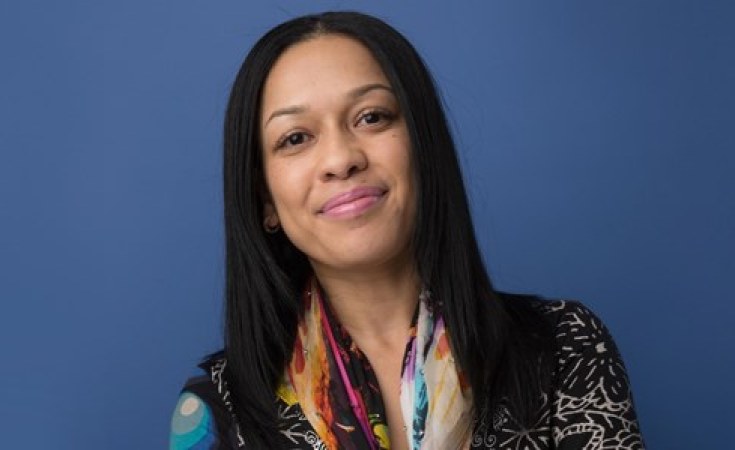 Johannesburg — Last week, world leaders gathered in Nairobi for ICPD+25 to celebrate 25 years since the 1994 launch of the International Conference on Population and Development (ICPD) , a convening space that has advocated for the wellbeing of women and girls around the world and invested in their efforts to promote equality and reduce gender-based violence.

This year’s summit was a time for celebration and deep introspection on the state of women and girls’ rights globally—of how far we have come and how much farther do we still need to go.

Twenty five years ago, feminists and women’s rights advocates boldly campaigned around the idea of “personal being political” and argued that women’s rights were in fact human rights and they could no longer be left out of global and political discussions.

The ICPD launch in 1994, and the Beijing Conference a year later, led to significant shifts in the way we viewed gender equality and a woman’s right to control her body and have bodily autonomy. Those were the early days where we dreamed that another world was possible, where we dreamed of a feminist future.

Those were the days where our inclusive vision of gender equality was both passionately debated and revered, and where women globally were finally articulating the struggle for gender justice in new ways – ways that recognized how colonialism and racism has shaped gender and economic issues between the Global North and the Global South.

But it’s not 1994 anymore - and though much of the world has changed and grown, much has stayed the same. The rights of women and girls have risen to the world stage as an urgent global priority, one we must continue to address now - not in years to come.

The promises and commitments to gender equality made at ICPD and the Beijing Conference 25 years ago led to the creation of numerous laws, policies and treaties to protect women and girls’ rights around the world. Where there were virtually no global commitments in the early 1990s, there are now more than 118 laws, treaties, and international declarations seeking to reduce or eliminate gender-based violence.

And, yet, while the mobilization and organization by many actors around the world has led to important advances in cultural norms and policy changes at the global level, violence against women and girls globally continues to be where we see power and patriarchy objectify, silence and undermine our quest for gender equality.

Since the 1990s, new challenges have emerged, including political and ideological attacks against gender equality, sexuality, reproductive freedom and self-determination. We are witness to a lack of political will to implement progressive laws and policies to, more worryingly, the reduced funding for women’s rights organizations particularly in the Global South.

And though significant funding is being pledged and diverse coalitions are joining together to combat gender inequality, the Global South - where feminist movements have long led the fight for women’s rights and against violence toward women and girls  is largely left out of the equation.  A far cry from the aspirations of the ICPD and Beijing Conferences, today we see fewer resources going to agendas framed bywomen’s rights organizations forwomen’s rights agendas.

But there is hope. Today, we see the rise and mobilizing strength of social movements in the face of the backlash – often led by women, young people, LGBTQIA+ people, people with disabilities, indigenous people, ethnic and racial minorities, and many more. These growing movements continue to show their innovation and tenacity, embodying the true power of collective mobilization. Much of the world will no longer silently stand by as the rights of women and girls are questioned, reduced or taken away.

And at the Ford Foundation, we are taking a major stand to reshape our model – to unlock resources and funding to put women and girls at the center of setting their own agendas and developing culturally appropriate solutions – and we are urging the rest of the world to join us.

We are calling on leaders across the world - corporations and foundations, philanthropists, governments and individuals - to come together to actualize real change and commit more international financial resources towards ending violence against women and girls.

And we are advocating for women and girls of the Global South to have a seat at the table – framing the problems they face and the solutions that they have. Because we know we can only achieve true transformation if those closest to the pain are able to reclaim their power and space.

We must hold our global community accountable for the promises made 25 years ago. With the 25 year anniversary of ICPD and Beijing upon us, we are advocating for a paradigm shift. At the Nairobi ICPD event, we pledged over $78 million dollars for the next three years towards eradicating gender-based violence (one of the pillars of the ICPD 25 agenda).

Together, the global leaders convened in Nairobi committed $8 billion to address violence against women and girls at the global stage. These resources will provide for a holistic feminist approach where women who have been rendered invisible in the past have a seat at the table. We will push for more resources and investments in women’s rights organisations to advance an equality agenda that holds governments accountable because we know feminist movements ultimately drive lasting social change.

We must not allow commitments to be watered down and re-negotiated for decades to come – we must push for a path that builds on what came before us. Real change will only occur when we begin to build relationships among emerging movements, established organizations, feminist funds, and leaders to enable more coordinated and mutually-supportive agendas.

Helping to protect and save the lives of women and girls across the globe can only achieved through collaboration between all societal communities. Every action we make together can help save not only one woman or girl’s life, but fundamentally change our global community.

Nicolette Naylor is the Ford Foundation’s International program director for Gender, Racial, and Ethnic Justice. Follow her on Twitter @NaylorNikki

'Sexual and Reproductive Rights Are Not Up for Negotiation'

16 Days of Activism is Over, But What's Changed for Women?
Tagged:
Copyright © 2019 allAfrica.com. All rights reserved. Distributed by AllAfrica Global Media (allAfrica.com). To contact the copyright holder directly for corrections — or for permission to republish or make other authorized use of this material, click here.