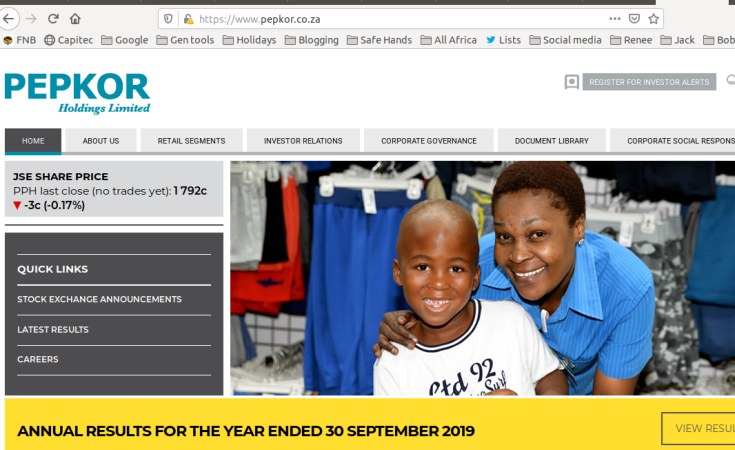 Cape Town — South African retailer Pepkor Holdings has announced that it will exit Zimbabwe after an economic crisis in the country hurt its performance, Reuters reports.

The news agency quotes a Pepkor statement as saying: "The decision to exit Zimbabwe was based on the continued adverse macroeconomic conditions affecting trading and the weakening currency."

ZimLive.com reports that Pepkor operates retail shops under the Pep brand in South Africa. In Zimbabwe, the company was operating as Power Sales, after buying one of the country's most recognisable retail brands.

Zimbabwe on Brink of 'Man-Made' Starvation - UN
Tagged:
Copyright © 2019 allAfrica.com. All rights reserved. Distributed by AllAfrica Global Media (allAfrica.com). To contact the copyright holder directly for corrections — or for permission to republish or make other authorized use of this material, click here.