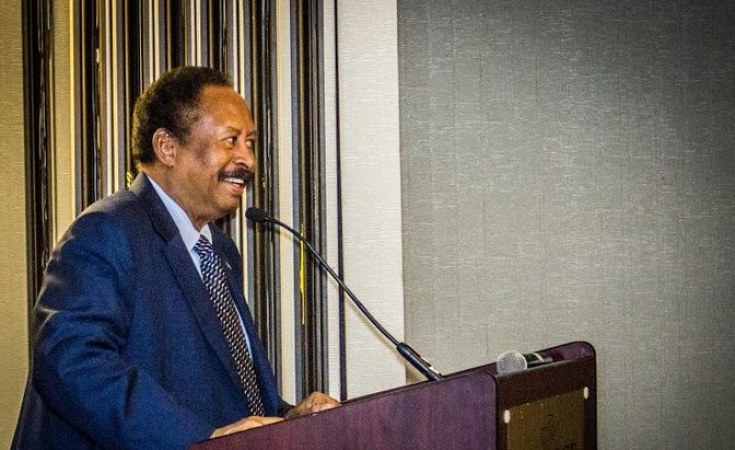 For decades Sudan has been a tale of two countries.

On the one hand urban, educated, Arab elites occupying the capital city and commercial centers.  This group tolerated, and at times cooperated for its survival with a government that imposed sharia law, restricted personal freedoms, censored public debate and supported terrorism.  The Islamist regime eventually navigated the country toward pariah status internationally and bankrupted it under the weight of global sanctions, corruption, and mismanagement.

The other Sudan stretches to the far corners of the country’s periphery - to its borders with nine countries, back when it was still the largest country in Africa before the loss of South Sudan.  In these largely African areas, the country’s rulers for decades fought civil wars, killed hundreds of thousands of innocent civilians, and restricted the most basic humanitarian access.

Protestors’ demands only partially realized and unity may be starting to fray.

But the gunning down on June 3 by security forces of peaceful protesters in the capital Khartoum - killing 103 students and professionals protesting an end to military rule - helped galvanize those disparate groups the authoritarian Omar al- Bashir regime sought to keep separate: urban and rural, African and Arab, elite and uneducated - around the simple demand of “Freedom, Peace, and Justice.”

It was the coming together of these two Sudans for the first time since independence that ultimately enabled the success of the popular revolution and the promise of a new Sudan. But five months later, the protestors’ wish is only partially realized and the unity that enabled the change in government may already be starting to fray.

Reflecting the growing divergence in the country are the new governing authorities that emerged as the old regime was swept away.  The first, a military-lead Transitional Supreme Council, led by the Army chief, General Abdel Fattah al-Burhan, and backed up by the head of the country’s infamous Janjaweed militia, Mohamed Hamdan Dagalo.

Empowered with Executive Authority under Sudan’s current constitution, this group in many ways represents merely an extension of the previous brutal and corrupt regime.  But that continuity has provided both assurances to Sudan’s Gulf backers that “regional stability” will be maintained and stands as a warning to the country’s upstart civilian government that reform efforts that move too quickly or upset too many protected interests could be quickly foiled.

The second group is a new government cabinet made of up of civilian technocrats who rode out the Bashir decades in Addis Ababa, London, and Washington as academics and international civil servants.  They have returned to the Sudan of their youth, lacking a local political base, to make good on the ideals of the revolution and to push open the window of reform this moment has created. To Sudan’s Western backers, they represent the promise of a new Sudan and a break from the corrupt and dangerous politics of the past.

Led by an affable and erudite Prime Minister, Abdallah Hamdok, the civilians have been taking their message of transparency and reform to Paris, New York and Brussels. This week, Hamdok and his delegation are arguing their case in Washington, DC. In capitals of the West, they are feted by their friends anxious to declare Sudan a democratic success and are, in exchange, poised to deliver the development assistance and political backing Khartoum needs to survive and for the economy to stabilize.

But while the civilian leaders engage in think tanks debates over their high-level plans for macroeconomic stabilization, legal reform, and tax collection - the unglamorous work that delights international financial institutions but often hurts average citizens - the country’s powerful military and Islamist forces remain at home. In Sudan’s vast hinterlands is where they are attempting to build a new base of support, rebranding themselves as Sudanese patriots, and delivering the kind of state services those impoverished communities, who were once the targets of military’s ferocity, are now desperate to receive.

In a slight to the civilian government’s ability to deliver so far for average Sudanese, Rapid Support Forces, the former Janjaweed militia responsible for the bulk of the Darfur atrocities, recently began a campaign offering vaccinations and local transportation.  Free bags of sugar and lentils - two staples of the Sudanese diet - were seen circulating on the streets of the capital last week, prominently branded with the RSF logo. The victims of armed groups’ past crimes are now the beneficiaries of their newfound benevolence.

Viewed from afar, these two governments appear for the moment to need each other: one to deliver international credibility and impose the necessary structural reforms for long-term growth, and the other to provide a semblance of state authority. But how long will this house divided be able to stand?

Western donors should take a risk on promoting unity.

A skeptic might interpret the military’s newfound restraint as merely a short-term tactical retreat in the face of a country-wide popular uprising, rather than a strategic shift away from authoritarianism and state dominance.

But will that restraint hold as the civilian government initiates the needed reforms that strike at the military’s hold on power, like downsizing the massive security sector, lifting the veil on the military’s shadowy sources of revenue, and cutting peace deals with the country’s many rebel groups?  The answer to these questions will do much to determine the outcome of the revolution and whether a new Sudan can truly emerge.

On the opposite side, the civilian reformers could themselves be seen as short-timers in Khartoum, so far demonstrating a disinterest in the kind of long-term investment in local level politicking and bare-knuckle bargaining that it will take to reform Sudan’s politics, and not just its economy.

If they are not seen as fully committed to this exercise, the military could well decide to wait them out, let them do the hard work of lifting sanctions and reviving the economy, only to hand over the reins of power to the same corrupt political class that preceded them.

Given the open questions surrounding the long run political outlook it should be no surprise that Washington has appeared slow to embrace these initial changes and rush to unwind its remaining sanctions.  But too much reticence in helping to deliver a democracy dividend could create a self-fulfilling prophecy by hastening the military’s return.

Either way, as the country transitions from 30 years of divide and rule politics to one that seeks to lift up the country by bridging it vast divides, Western donors have an opportunity and a responsibility to take a risk on promoting true unity.  But this support is not automatic and it derives not just from the slogans and sit-ins of a revolution, but the unity forged from implementing a shared agenda of growth and reform.

On this front, Western countries are looking to the Sudanese to lead.  The success of the revolution depends on if they will.

Cameron Hudson is a senior fellow at the Atlantic Council’s Africa Center. Previously he served as the chief of staff to the special envoy for Sudan and as director for African Affairs on the National Security Council in the George W. Bush administration. Follow him on Twitter @_hudsonc.

Sudanese Leader Says New York, Paris Visits Are Start of New Era
Tagged:
Copyright © 2019 allAfrica.com. All rights reserved. Distributed by AllAfrica Global Media (allAfrica.com). To contact the copyright holder directly for corrections — or for permission to republish or make other authorized use of this material, click here.