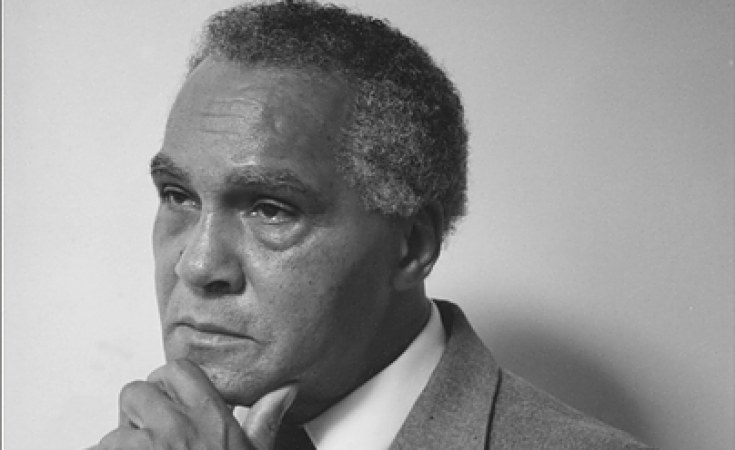 Through his work with the Washington-based organization, his life was dedicated to improving the quality of life for people in Africa through agricultural and food security, construction of roads and wells, establishment of schools and literacy programs, and improvement in health care in some of the neediest countries in Africa.

Initially housed in the embassy of Niger, the aid organization grew into what the Washington Post characterized as "the largest African American nonprofit specializing in aid to African countries." By the time Kennedy stepped down as vice president in 1999, the program had directed $400 million to 27 countries for drought and famine relief, agricultural initiatives, environmental work, and HIV/AIDS prevention, among other efforts.

"No one has worked so hard, so intelligently and with such vision as Joe Kennedy!" Sargent Shriver, founding Director of the Peace Corps, said in a tribute when Kennedy retired. "Everyone who admires Africare, admires Joe! No wonder this man has boosters all over Africa and all over the USA! He deserves every award our country could give."

Kennedy recalled with pride the donations that Africare received not only from the U.S. government and corporations but also from private individuals. He wanted in particular to involve black Americans in the organization's efforts, with an initial focus on Washington, DC.

"We lined up families who would host receptions. We developed a lot of contact with the churches, black and white churches," Kennedy recalled.

One of the first crises Africare worked to alleviate was the drought that ravaged the Sahel, the region south of the Sahara, in the 1970s.

"In 1973 we met with Charles Williams, the Vice President of the Lilly Endowment. He said, 'Well, if you had $50,000 or $100,000, how would you use it to help the refugees?', Kennedy wrote. "I told him that we would deepen and dig water wells rather than distributing food.  Even though we can't prevent drought, there is water there in the ground.  If we draw it up and put in wells, when another drought comes, they'll have water. He really liked that idea.  He asked us to give him a proposal for about $250,000."

Kennedy traveled to 101 countries over a 50-year period, many of them numerous times. "My life was enriched by the people of Africa, by the people in the villages, and the towns and the cities. I lived my dream," Kennedy said when he was honored, along with long-time Africare President C. Payne Lucas.

"Women had to walk four and five miles to a stream to get water: now they have a well," Kennedy said during the retirement ceremony. "See the people growing food: now they have enough food to tide them over through the dry season, they have enough money to send their children to school, to buy school uniforms, pay the fees, so that is very rewarding."

In a 2014 tribute, which commemorated the leadership of Kennedy and Lucas, Kevin Lowther, a former regional director of South Africa at Africare said: "It was my privilege to work with one of the African-American giants in the field of international development. Without Joseph C. Kennedy, there would have been no Africare, a visionary organization which has touched lives in thousands of communities in Africa."

Joseph Calvin Kennedy was born in Knoxville, Tennessee, on Sept. 12, 1926 - one of seven children born to Leon Kennedy, a barber and his wife, Cara Kennedy in abject poverty. Growing up, he made money shining shoes, slopping pigs and picking up loose coal that had fallen from the coal train, according to his auto-biography "Color In A Cage."

"I grew up in a small town in Ohio, a little town called Franklin," he recalled during his tribute ceremony. "About 4500 people, about 40 black Americans. My mother and father would gather us around this one big table and read anything they could find about Africa, so my dream was to always go to Africa."

At Franklin High School he was the sports editor for the school paper, selected the schools outstanding male student and co-valedictorian. He became the first athlete in Franklin history to earn four varsity letters in one year. He received his Bachelor of Science degree in 1948 and Master's of Administration degree in 1952 from Ohio State University. In the fall of 1952 he enrolled at Columbia University. Later that year he was drafted into the U.S. Army and served two years, one in Korea.

He earned a PhD in social psychology from Columbia University in New York in 1958, only the second black American to achieve that distinction. [The first was Kenneth Clark, the psychologist who played a key role in the 1954 Supreme Court decision.]

In August 1960, Kennedy received two research grants from the Human Ecology Fund and the African Medical Research Foundation to go to Liberia, Ghana and Nigeria for one year to examine what perceptions those three countries had of each other and of the United States and Britain.

He discussed his first impression of Africa in his upcoming memoir. "I guess my first real impression was arriving at Roberts Field in Liberia and getting off the plane and seeing nothing but black people. The policemen were black, the soldiers were black, the people in the airport were black, everybody was black. That made a big impression on me."

Kennedy spent five and a half years at Peace Corps as director in Sierra Leone, deputy director of Africa and regional director for East Asia and the Pacific Region. He served on the President's Commission on School Finance in the Department of Education before helping to establish Africare. He was a longtime DC and Arlington resident before he moved to Williamsburg, Virginia three years ago. Survivors include his wife of 43 years, Claire Imogene Hunkin, and his two sons from his first marriage to Adrienne Kennedy, Joseph C. Kennedy Jr. and Adam P. Kennedy and five grandchildren. 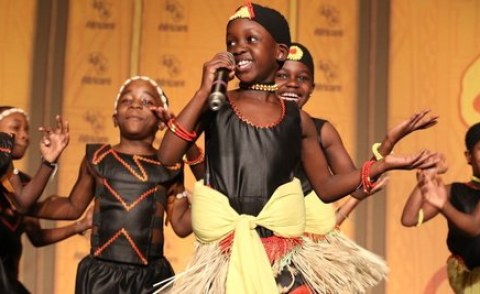 Africare to Honor Senior U.S. Diplomat at High-Profile Gala
Tagged:
Copyright © 2020 allAfrica.com. All rights reserved. Distributed by AllAfrica Global Media (allAfrica.com). To contact the copyright holder directly for corrections — or for permission to republish or make other authorized use of this material, click here.