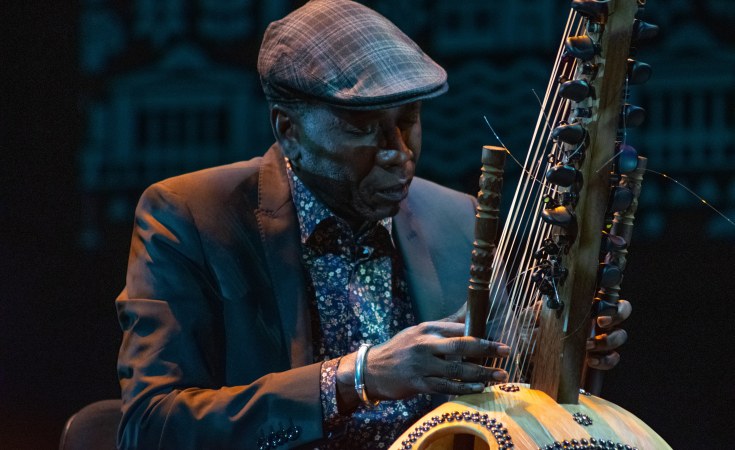 Cape Town — Ballake Sissoko,  a noted player of the kora - a 21-string instrument, recently got the shock of his life when he found his instrument in pieces.

U.S. customs officials are reported to have destroyed Sissoko's instrument when he was returning home to France via New York. Sissoko and his group 3MA returned to France after a two-week successful tour in United States.

According to music professor Lucy Duran, Sissoko checked in his kora, in its hard case, with its state-of-the-art amplification system. "At the airport, Ballake picked up his kora case, went back to his flat and slept. But when he woke up and opened the kora case, he was shocked and dismayed to find his kora in many pieces, with only a note from U.S. customs - in Spanish, with the unfortunate motto: 'Intelligent security saves time'."

Afropop Worldwide said: "The kora is a fragile, hand-crafted instrument, and Ballakes kora is tailormade to his own specifications. It is an intrinsic part of his very special sound. Would US customs have dared to dismantle a Stradivarius? In its own way that is what has just happened to Ballake. The neck of the kora has been removed. The strings, bridge and entire, delicate and complex sound system of amplification have been taken apart. The kora is in pieces. Even if all the components that have been dissembled were intact, it takes weeks before a kora of this calibre can return to its previous state of resonance. These kinds of custom-made koras are simply impossible to replace. They are certainly not available in shops."

Sissoko was born and raised in Mali. The 52-year-old kora player has been playing the instrument from a very young age under the guardianship of his father Djelimady Sissoko, who was a notable musician in his own right. Sissoko has done collaborations with the French cellist Vincent Segal with whom he has two albums titled Chamber Music and Musique de Nuit.