Africa: From London to Kigali - We Must Embrace Change to Beat NTDs 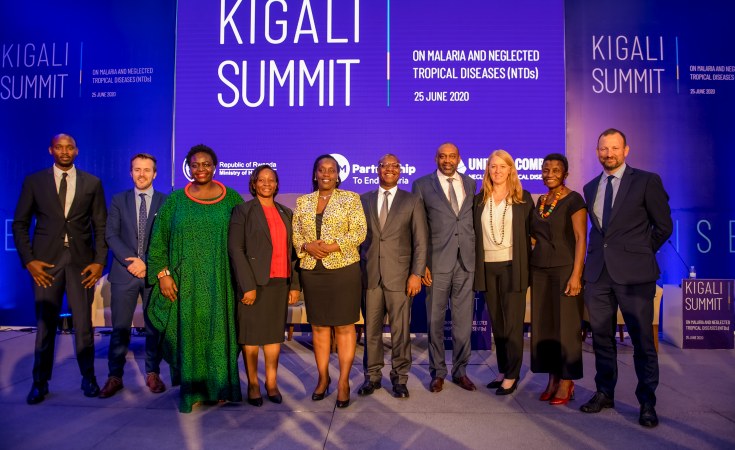 Uniting to Combat NTDs
The Kigali Summit on Malaria and Neglected Tropical Diseases will call on world leaders to meet the CHOGM 2018 pledge to halve malaria by 2023 and deliver the political and financial commitments of $1.5bn to end the scourge of NTDs.
allAfrica.com
guest column By Dr. Diane Gashumba and Dr. Katey Owen

True watershed moments are rare. Personally and professionally, our lives changed when we became Minister of Health for Rwanda and Director of Neglected Tropical Diseases for the Bill & Melinda Gates Foundation. Ever since, our days have been shaped by the people who have been blinded, disfigured, disabled or even killed by ancient, preventable illnesses: neglected tropical diseases (NTDs).

For the global community working on NTDs, the watershed moment was in London in 2012: when governments, donors, companies and civil society signed the London Declaration on NTDs, committing to control, eliminate or eradicate 10 diseases by 2020.

What made the London Declaration historic was not the document itself, but what followed: swift, collective, transformative action. Donor countries like the United States and the United Kingdom stepped up their funding. Pharmaceutical companies pledged to donate more medicines than ever before. More than 40 endemic countries developed rigorous national plans.

These actions paid off in a big way. Since 2012, 31 countries have wiped out at least one NTD. And NTD programs now reach over one billion people with treatment every year, more than any point in history.

Despite this incredible progress, at least one in five people on the planet today are at risk of diseases that are physically excruciating, socially stigmatized and trap entire communities in poverty.

This year, as countries plan to adopt a new NTD roadmap for the next decade, we must acknowledge that we have reached a turning point: the solutions that got us this far will not be enough to take us over the finish line. More importantly, we must start on the new tools needed to secure the last mile.

We built new strategies to overcome challenges before, and we can do it again. What shifted after the London Declaration was not only the amount of funding and donations, but how the community embraced a better way of working together.

Donors coordinated to prioritize the needs of countries. For example, in 2012, USAID and DFID conducted their first joint scoping visit to Nigeria—a country with one of the world's highest NTD burdens—to agree on complementary programs that filled gaps in the national plan.

Pharmaceutical companies supported one another. Sanofi stepped in to uphold Eisai's pledge to donate 2.2 billion tablets of diethylcarbamazine (DEC)—an essential treatment for lymphatic filariasis, which causes extremely swollen limbs—until Eisai was prequalified to do so.

Another innovative partnership between non-profit DNDi and Sanofi gave us fexinidazole, a revolutionary 10-day oral treatment for sleeping sickness that is faster, safer and cheaper than its predecessors. This collaboration is now a model for developing drugs for diseases of extreme poverty.

First, we need tools that are fit for the endgame. For too long, we have gotten by with diagnostics that are almost good enough. As case counts drop, we need the right tools to target our limited resources and confirm whether we have reached—and maintained—our elimination goals. 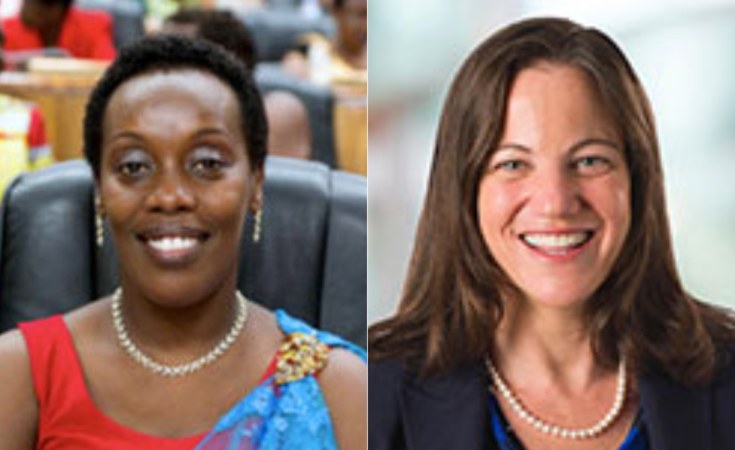 Then there are the treatments that have not evolved in decades. Treatment for onchocerciasis can take years because current medicines leave the adult parasite alive. For Guinea worm, we need new tools to curb the growing number of non-human cases in the last mile to eradication. Other diseases, like schistosomiasis, may require a vaccine.

Advancements like these don't happen overnight. When it comes to lives and livelihoods, we cannot wait.

Philanthropies like the END Fund are uniting private and public sector stakeholders to imagine a world free from diseases caused by parasitic worms. Their newly-announced Audacious Project, The Deworming Innovation Fund, will invest in bold strategies and systems to eliminate intestinal worms and schistosomiasis, partnering with four countries: Rwanda, Kenya, Zimbabwe and Ethiopia. In addition, private philanthropists support initiatives like Sightsavers, which aims to eliminate blinding trachoma in nine countries by 2023.

Finally, we need to push ourselves to approach disease elimination with more coordination. Leaders at all levels have spoken: people, not diseases, must be the center of gravity for our health efforts.

Countries themselves can and must lead the way. This is one pillar that was not strong enough in the London Declaration that will be paramount to all future progress.

That's why, this June in Kigali, the Government of Rwanda will join Uniting to Combat NTDs and the RBM Partnership to End Malaria to hold the high-level global Summit on Malaria and NTDs in Kigali,uniting two communities that are not only dedicated to ensuring people reach their full potential, but have overlapping opportunities to tackle these diseases—from vector control, to better data, to stronger health systems worldwide. We can—and must—do more to ensure our youth, our communities and our countries aren't held back by these diseases of poverty and inequality.

This meeting will mobilize new commitments of US$1.5 billion and build on existing promises. Just last year, at a meeting chaired by President Kagame, African Heads of State committed to increasing health financing investments to achieve health for all, leaving no one behind. 2020 will be a decisive year. It's fitting that it began with the first-ever World NTD Day on 30 January—launched by the Crown Prince Court of Abu Dhabi exactly eight years since the London Declaration. In true form, the NTD community embraced this moment not to rest on its laurels, but to hold itself accountable and bring more people into the fight ahead.

Together, by sustaining progress and embracing change, we can give every person the chance at a healthy, productive, dignified life.

International Women's Day 2020 - We Have a Long Way to Go
Tagged:
Copyright © 2020 allAfrica.com. All rights reserved. Distributed by AllAfrica Global Media (allAfrica.com). To contact the copyright holder directly for corrections — or for permission to republish or make other authorized use of this material, click here.