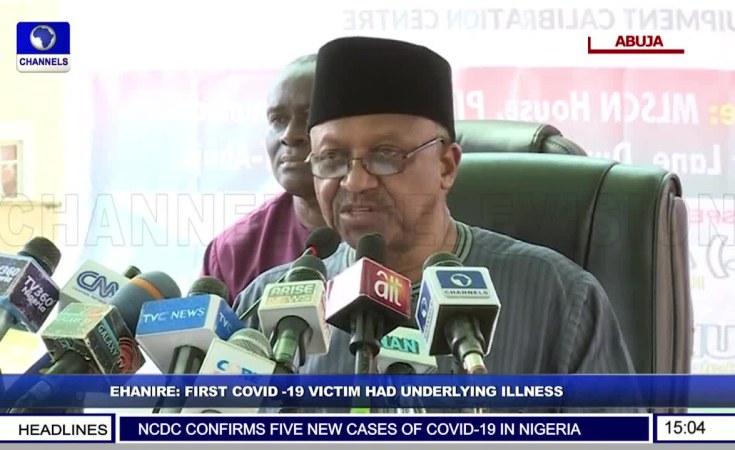 One of every six Africans is Nigerian, according to widely cited calculations, but that may underestimate Nigeria's share of the continent's population. Many of the country's 200 million people live and work at close proximity in large cities and are squeezed into the poorest communities.

Consequently, Nigeria's experience with the global pandemic is being closely watched.

The minister of Health, Dr. Osagie Emmanuel Ehanire, in regular press conferences that are broadcast live, is providing a clinic on how to address fears and provide information and explanations of what the federal government is doing to respond to SARS-CoV-2 (also called new Corona virus) – the pathogen that causes COVID-19 disease.

Ehanire held his 23 March meeting with media outdoors in the capital Abuja, with journalists widely separated under a shade cloth. He answered dozens of questions, gave situation updates, outlined the government's policies and procedures, and explained the science behind the decisions government is making.

The minister's background in medical practice, research and teaching, and in the philanthropic and private sectors, is on display in his conversations with journalists. He studied medicine in Munich, Germany and attended the Royal College of Surgeons in Ireland and is certified in trauma surgery. Among the places he has worked as a medical professional and advisor are the University of Benin Teaching Hospital, the Shell Petroleum Company and the board of the T.Y. Danjuma Foundation.

Minister Ehanire has stressed that information from research around the world is evolving rapidly, and that Nigeria's planning and policies will change in response to the latest evidence. He appealed to all media to check facts, not to spread dangerous rumors and to be part of the national effort to provide their readers, viewers and listeners with accurate information that can save lives. To protect journalists, the ministry will issue rotating press passes for alternate days for the daily health briefings.

Highlights of what the minister said on Monday (paraphrased, organised and condensed for brevity):

Be resonsible, be disciplined, take care of everyone around you.