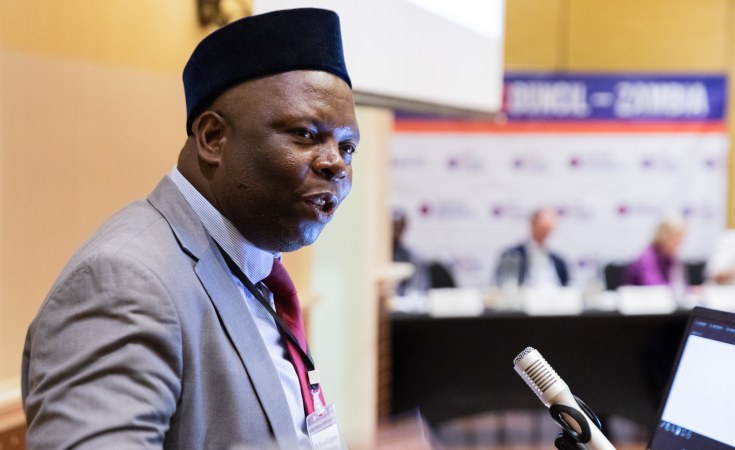 LIVINGSTONE, ZAMBIA — February 28 2020 –  The global community has its sights set on malaria eradication. The Lancet Commission on Malaria Eradication’s report, Malaria eradication within a generation: ambitious, achievable, and necessary , released in September 2019, laid out necessary steps to eradicate malaria – a preventable disease that continues to affect the most vulnerable communities throughout Africa – by 2050. The World Health Organization’s Strategic Advisory Group on Malaria Eradication (SAGme), which released an executive summary of its findings in August 2019, will soon publish a full report that analyzes future scenarios for malaria and reaffirms that eradication is a goal worth pursuing, likely to save millions of lives and billions of dollars. Experts involved in both bodies of research recognized the importance of community-driven responses to malaria eradication, as well as the development of new tools and technologies, increased funding, and national-level leadership for malaria eradication.

Dr. Richard Kamwi, Ambassador of the Elimination 8 Secretariat and contributor to the Lancet Commission, addressed a diverse group of experts and advocates at the IFCBMI Round Table on February 27.

“Malaria can and should be eradicated by 2050, if we go beyond business as usual,” he said. “Eradication is affordable. Eradication is a good investment. The alternative to eradication is indeed untenable and could be disastrous. However, even with our most optimistic scenarios and projections, we face an unavoidable fact: using current tools, we will still have 11 million cases of malaria in Africa in 2050.”

Dr. Regina Rabinovich, ExxonMobil Malaria Scholar in Residence at the Harvard T.H. Chan School of Public Health, Director of the Malaria Elimination Initiative at ISGlobal, and contributor to the SAGme, described some of the contributions necessary to achieve malaria eradication: “Continued research, surveillance and response, sub-national national and regional strategies--and you all reflect part of that--universal health coverage, and of course community engagement.”

Dr. Namani Monze, Provincial Health Director of Southern Province, Zambia, represented the Zambian Minister of Health Dr. Chitalu Chilufya, and provided opening remarks alongside His Royal Highness Chief Chamuka of the Lenje people of Chisamba, Zambia. Chamuka introduced attendees to the theme of the Round Table, “Zero Malaria Starts With Me: Engaging My Community,” which calls on every person, regardless of background, to play a part in the fight against malaria. “It is not the role of Isdell:Flowers alone, it is not the role of government, it is not the role of other stakeholders alone, but the chiefs must give whatever little resources we have to our people [for malaria elimination],” he said. “Malaria elimination begins with me, and indeed, it starts with you as well.”

Prominent religious leaders, many of whom have already taken significant action to advocate for malaria eradication, presented a united effort to eradicate malaria during the two-day meeting. Catholic leader Eusebio Amarante (representing the Catholic Caritas of Angola), Marzeh Mileii (from the Baha’i faith), Anglican bishops The Right Reverend David Njovu (Diocese of Lusaka) and The Right Reverend Andre Soares (Diocese of Angola), and Sheikh Dr. Shaban Phiri (Islamic Supreme Council of Zambia), discussed the importance of faith leader advocacy for malaria eradication from their different faith perspectives, realizing that each faith tradition cares deeply for their communities and calls upon its leaders to work for the health of their people. 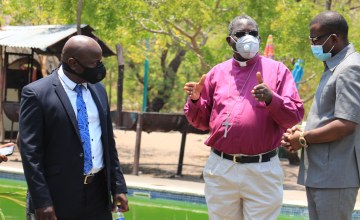 During the two-day meeting held in Mongu District, over 35 Religious Leaders from the seven church mother bodies in Western Province, Zambia pledged to support the country's goal to eliminate malaria through advocacy and resource mobilization. The meeting was coordinated by the FLAME initiative, which works to catalyze and strengthen interfaith coalitions of religious leaders for malaria advocacy, with support from the J.C. Flowers Foundation. Read more.

Members of malaria-affected communities shared lessons and experiences during the meeting and provided effective examples of the benefits of community-owned malaria elimination and eradication strategies. Gilbert Chilala, a community malaria volunteer from Southern Province Zambia, explained that many people in his community refused malaria testing because they associated the drawing of blood with witchcraft. The malaria volunteers in his community dispelled myths about rapid diagnostic tests for malaria by providing education to community leaders and enlisting their powerful and respected voices when conducting community outreach. Chilala is just one of the more than 1,500 malaria volunteers who are part of IFCBMI, which partners with national governments, the Anglican church, non-governmental organizations (NGOs), and community members to eliminate malaria along the shared borders of Angola, Namibia, Zambia, and Zimbabwe.

Chris Flowers, Founder of the J.C. Flowers Foundation and Co-Founder of IFCBMI, which celebrated its 10 th anniversary in Livingstone, relayed a message of hope and commitment to end malaria for good.

“We embarked on the journey of this cross-border initiative in 2010 - 10 years ago - with a goal to support the countries to achieve malaria elimination. Our dream is to see a malaria-free world, and therefore we are recommitting to partnering with governments to support their efforts in the fight against malaria with a continued focus on cross-border areas and the hard to reach, the ‘last-mile.’”

Prominent representatives from the U.S. President’s Malaria Initiative; The Global Fund to Fight AIDS, Tuberculosis and Malaria; Malaria No More UK; and industry partners such as the Innovative Vector Control Consortium and the Zambian Revenue Authority voiced support for community-led malaria advocacy and elimination efforts, and presented novel solutions for leveraging private sector resources to eradicate malaria. In addition, Dr. Elizabeth Chizema of the African Leaders Malaria Alliance (ALMA) provided examples of how intersectoral groups such as the Zambian End Malaria Council can support malaria elimination and eradication by mobilizing resources, advocating for eradication, and holding governments accountable.

Representatives from PATH and the University of Cape Town’s Drug Discovery and Development Centre (H3D) shared updates on new tools for malaria eradication, including vaccines and drugs – recognizing that these tools will only be effective if communities accept them.

J.C. Flowers Foundation’s Executive Director, Rebecca Vander Meulen, concluded the Round Table by recognizing the important role of each participant. “Our individual contributions may seem small, but by working together we can achieve our collective dream of eliminating malaria. We must each engage our own communities fully as we work towards malaria elimination.”

Tagged:
Copyright © 2020 J.C. Flowers Foundation. All rights reserved. Distributed by AllAfrica Global Media (allAfrica.com). To contact the copyright holder directly for corrections — or for permission to republish or make other authorized use of this material, click here.