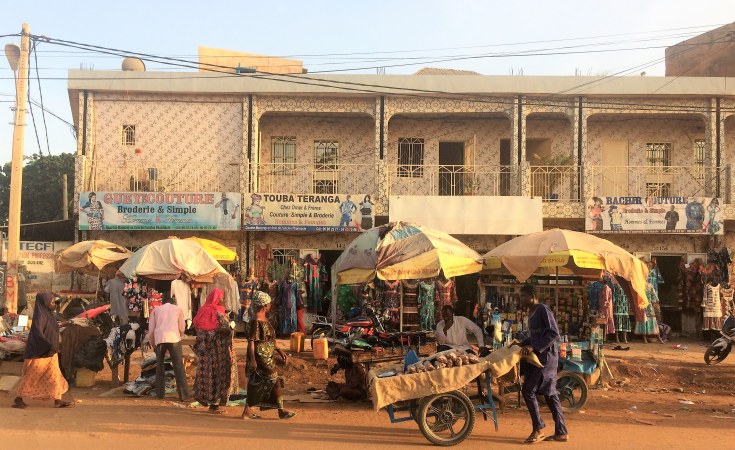 Niamey (Niger) — On March 19, the Deputy Minister of Finance in charge of the Niger Budget, Mr. Ahmat Jidoud, participated with his counterparts from other African countries in the Virtual Conference organised by the United Nations Economic Commission for Africa (ECA) ) on the social and economic impacts of COVID-19.

During this meeting, co-chaired by the Minister of Finance, South Africa, Mr. Tito Mboweni and that of Ghana, Mr. Ken Ofori-Atta, African ministers reiterated the importance and gravity of the effects of the coronavirus pandemic and stressed the need for an immediate response to mitigate its spread and contain its negative effects on national economies. They also stressed the need for a coordinated approach in the design of anti-viral measures as well as the importance of a strategic approach in order to better optimise the resources allocated to combat the COVID-19 virus disease.

Based on the results of certain countries such as Senegal, Morocco, Djibouti, South Africa, Togo, Côte d'Ivoire, Rwanda, Ethiopia, Chad and Ghana, which have undertaken preliminary assessments of the impacts of COVID-19, it appears that in the least likely scenario, African countries will experience a decline in the GDP growth rate of 2 to 3 percentage points in 2020 if the spread of COVID -19 is not contained in the short term.

According to the Deputy Minister of Finance in charge of the Niger Budget, Mr. Ahmat Jidoud, "In Niger, prevention remains the best weapon to face this scourge".

"We have taken preventive measures because our health systems are fragile," explained the Deputy Minister of Finance in charge of the Niger budget.

"These measures have considerable impacts on our economy and we are currently evaluating them," Mr. Ahmat Jidoud continued.

"To do so, we need considerable and coordinated support to deal with this situation," he said.

In addition to this, the country has developed its pandemic response plan with the support of its partners. This plan, which takes into account all the areas of combat against COVID-19, was presented to Niger's development partners at a round table organised by the COVID-19 Inter-ministerial Committee under the chairmanship of His Excellency the Prime Minister of Niger, Mr Brigi Rafini.

An initial contribution of 218.8 million USD (127.7 billion FCFA) was made by bilateral and multilateral partners, including an amount of 22 million USD (12.8 billion FCFA) under the United Nations System and the World Bank, announced to the Government by the Acting Resident Coordinator of the United Nations System in Niger, Mrs. Khardiata Lo Ndiaye.

Based on the conclusions of the Virtual Conference with the African Ministers of Finance and the studies carried out by the ECA on the socio-economic impacts of the pandemic in Africa, the United Nations System, under the leadership of the ECA and the UNDP, are in the process of supporting the Government of Niger to conduct a more comprehensive evaluation of the impact of COVID-19 in Niger.