Africa: How Debt Relief During COVID-19 Will Help the World's Economy - UNECA 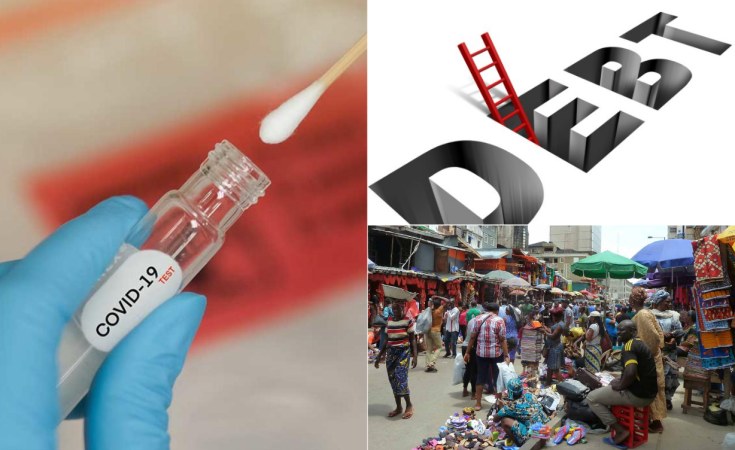 allafrica.com
UNECA has asked for a debt standstill for all countries on the continent.
allAfrica.com

Cape Town — As the novel coronavirus spreads on the continent, The United Nations Economic Commission for Africa (UNECA) prepares to release a report on COVID-19 in Africa - Protecting Lives and Economies.

True to the words of United Nations Secretary-General António Guterres - "This is not a financial crisis. This is a human crisis." - the UNECA report focuses on people, prosperity and partnerships, emphasising the importance of supporting Africans who lose their earnings during the COVID-19 crisis.

Between 300,000 and 3.3 million African people could lose their lives as a direct result of COVID-19, but it depends on the intervention that governments introduce, the report says.

"We think most likely it will be that lowest scenario of 300,000 but of course if there is so much of recklessness and the policy stance is not the right one, then those numbers may go up. But for us the headline is not three million but 300,000 and how we can bring that down even more," said Songwe.

And in terms of "prosperity", UNECA found that the economic impact "could be the slowing of growth to 1.8% in the best case scenario or a contraction of 2.6% in the worst case". This means that 27 million people could face extreme poverty.

These challenges are compounded by the fact that more than 70% of Africa's workers are informally employed, and most cannot work from home - made clear as several countries on the continent have gone into full lockdown to prevent the spread of COVID-19. Almost half of children under 5 are undernourished, many people live in overcrowded conditions with poor sanitation, there's a  high prevalence of underlying conditions like TB and HIV, as well as the low numbers of hospital beds, dependence on importing medical products, and not enough health workers.

"Around the lockdowns, there are some good examples around the continent of what is being done, like South Africa for example, where it's harvest season now and people are rotating going into the farms. In the United States, they are actually asking for volunteers to come and do the harvesting in California. We are looking across the world to see what works and doesn't work, and of course the continent is slightly different. Morocco is also testing a few other experiences and we need to pull those experiences together to see what is the best option.

"We have to always remember that human contact that spreads this thing... we're talking about factories opening up to go and produce masks. We need to make sure that everyone working in the factories were tested, and secure. For areas where we can still have economic production, we should do that, the question is just how do you do it and ensure that people can go in to work without spreading the disease even more," Songwe said.

But even if the spread of the novel coronavirus is arrested, the economic damage will be "unavoidable", according to the report. Oil prices  halved, textile and fresh-cut flower exports crashed and the tourism and airline industry effectively stopped.

The UNECA report proposes that - to prevent governments "losing control and facing unrest" - a rapid response is necessary: "To protect and build towards our shared prosperity at least $100 billion is needed to immediately resource a health and social safety net response. Another $100 billion is critical for economic emergency stimulus, including a debt standstill, the financing of a special purpose vehicle for commercial debt obligations, and provision of extra liquidity for the private sector."

"The World Bank and IMF have come out in favour of a kind of debt relief ... essentially what we want is to just freeze all debt service payment for two years for all of Africa, which puts money in the pockets of African governments immediately. A piece by two leading economists, Carmen Reinhart and Kenneth Rogoff, is asking for the same thing - saying 'don't just do low-income Africa'.

Key components of the UNECA report include:

Previous Story
Next Story
The 'New World Order' - A Chance for Africa?

The 'New World Order' - A Chance for Africa?