Africa: Pompeo - No Drop in U.S. Africa Funding, Says WHO Under Review, Blasts China on Debt 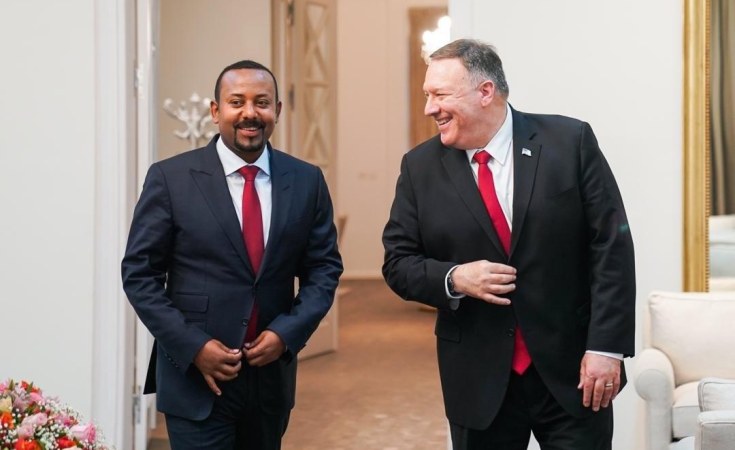 Washington, DC — The decision by President Trump to end U.S. funding for the World Health Organization (WHO) will not diminish U.S. support for health across Africa, including efforts to combat Covid-19, Secretary of State Mike Pompeo told a telephonic media roundtable on Monday.

"No other nation is doing more than we are," Pompeo told the seven journalists on the call. "We've committed more than $170 million to this fight in Africa, part of $775 million that the United States has pledged worldwide." Pompeo also thanked African governments and airlines for help in repatriating more than 10,000 Americans. Earlier this month, the State Department issued a fact sheet detailing U.S. assistance for 37 African countries.

President Trump's critique and suspension of funding for WHO earlier this month was met with widespread criticism across Africa. Pressed by roundtable participants on U.S. de-funding of WHO, Pompeo said "accurate information is needed" to evaluate performance. "When a multi-lateral institution fails in its primary mission, which is to ensure that everyone has accurate timely information and makes good decisions," he said in response to a question from the BBC's Andrew Harding, "there's a responsibility to get that right."

Harding also asked Pompeo about "reputational damage" from President Trump's decision to end funding for WHO and "unproven suggestions for how to deal with Covid-19." Pompeo said he is concerned about disinformation campaigns, adding: "It's incomparable – if you stare at the facts of what the United States is doing to assist Africa, not only in this time of Covid-19 but what we have done over the years."

He insisted that U.S. funding for health care in Africa is not being reduced. "Indeed, far from it. I'm confident we will actually increase that number," he said. But we need to make sure its part of a multi-national institution that functions, that can actually deliver good outcomes for the people in some of the poorest countries in the world that are there in Africa." Pressed by Daily Nation senior diplomatic affairs writer Aggrey Mutambo on the extent of U.S. assistance as the number of Covid-19 cases in Africa rise, Pompeo said "the United States is engaged in an all-out effort to provide both capability for therapeutic response and ultimately a vaccine" and is committing "a great amount of resources" to defeat the pandemic.

In response to a question from AllAfrica about calls for debt relief or cancellation for African countries, Pompeo said the U.S. government is "constantly evaluating both the how and the when" debt relief is appropriate. He welcomed "critical financial support" and debt suspension to low-income African countries that has been agreed by G20 and G7 countries and Paris Club members.

"I would also remind everyone that there's an enormous amount of debt that the Chinese Communist Party has imposed on Africa," he said. Some Chinese loans "have incredibly onerous terms that will impact the African people for an awfully long time," he said, adding that African countries should consider seeking relief from China as well.

Aly Diouf from Le Soleil in Dakar asked Pompeo whether he supports the proposal by Senegalese President Mackey Sall to cancel public debt and reschedule private debt for African countries. "I don't think it's possible to make a blanket response,"  the Secretary said. "These are complicated situations," adding that the United States will respond "a responsible way."

Elias Meseret asked the Secretary about an offer of assistance by President Trump, who Tweeted after a phone call with Ethiopian Prime Minister Abiy Ahmed Ali: His Country needs Ventilators, and the U.S. is in good position to help him. We will!

Meseret, who reports for the Associated Press from Addis Ababa, questioned whether African countries could expect to receive ventilators when governors from U.S. states are seeking them from the Federal government. "I'm very confident that we will live up to that commitment," Pompeo responded. Conceding "a global shortfall across a broad range of items that have been needed to push back against this virus," the Secretary added: "The United States is engaged in a economic effort that is unrivaled anywhere in the world, to meet that demand, and as our supply chain begins to kick in, we're going to do the right thing."

Peter Fabricious, a veteran South African journalist who writes for the Daily Maverick and Institute for International Studies, pressed Pompeo on whether the United States has banned the export of ventilators and respirators, citing reports that South Africa had been unable to purchase test kits needed for mobile testing laboratories. "Good gracious, no!" Pompeo responded, noting Trump's recent declarations pledging that "significant numbers of ventilators" will be exported. "We're going to create a supply chain for the world so that this equipment is available for all citizens all across the world," Pompeo said.

Raquel Rio, an Angola-based journalist for LUSA News Agency, asked whether the repatriation of U.S. citizens working for oil companies might have a negative impact on oil-dependent African economies. "Global energy markets have been upended by this virus," Pompeo said adding that he is confident those workers will return after the Coronavirus crisis ends and the world economy recovers.

Transcript of the roundtable 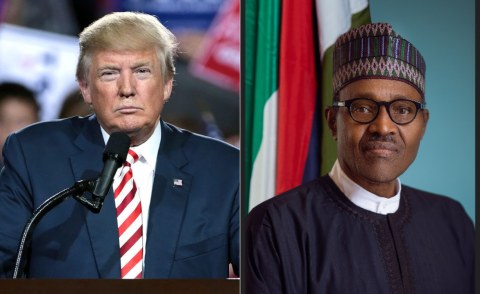 Zambia Seeks Chinese Debt Relief to Cushion Covid-19 Impact
Tagged:
Copyright © 2020 allAfrica.com. All rights reserved. Distributed by AllAfrica Global Media (allAfrica.com). To contact the copyright holder directly for corrections — or for permission to republish or make other authorized use of this material, click here.