Africa: Can Africa Survive the Plague? 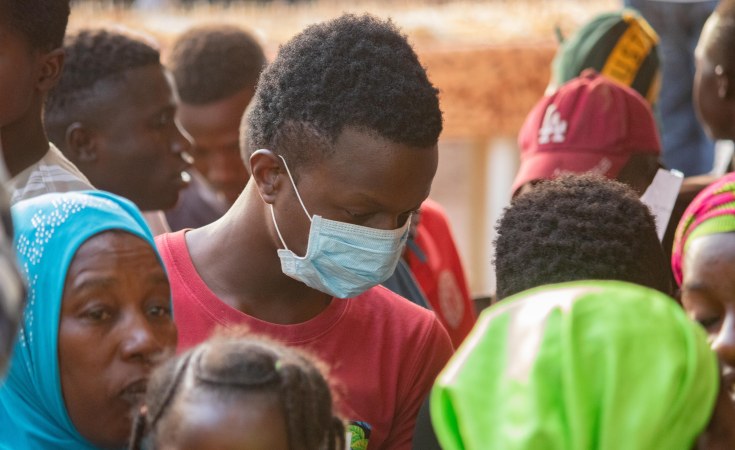 Kigali — Hoping humanity will survive once again, despite the unimaginable wind-whirl (angry tempest of nature) as it did many others in the past

Obviously, this Coronavirus (CoVId19) is a wide-world nature challenge, that affects everybody, without discrimination of race, sex or social status. Be it wealthy or otherwise, no one can escape from the destructive and pulverizing anger of nature as it unfolds and stretches its invisible, noiseless and unmatchable secrets of power which once it releases, the results are no less than doomsday.

It simply creeps on fast, far and wide pervading the entire space and landscape of nature in all directions, without hint, trace, sound or shape but making sure that its aim is achieved effectively be it of long or short duration. Its impact can destruct everything on its way to ashes with a lightning speed pervading quickly everywhere as and when it chooses.

Nature is not bounded by a geo-political border nor directions. It can move everywhere, left, right, front or back, there is no escape-way for us blind souls having no chance or choice to see or visualize as to which direction is much safer. This is what all weak and helpless earthly human beings are suddenly exposed to. Whether one hides within the confines of home for weeks, months or so, there is nothing immediately available as a secured safety valve or escape shoot or tunnel, safe enough and reliable other than dealing with the impossible against the angry odds, destructive force, angry and invisible enemy.

On the other hand, though not uniform, as some could have been more proactive and responsive than what they were, there has been a relentless effort, across the board in taking on the challenge. All invaded countries and those still spared but at risk of being invaded wage a war against the enemy though it is more of impulsive than systematic.

Our health professionals, regardless have shown unprecedented level of determination and rescuing us even at the expense of their unreplaceable life. Let us support these soldiers while in the battle field and not forget those sacrifices and celebrate our martyrs.

Many countries in Africa have just started their slow phase. The virus expands exponentially as it is highly infectious, an average confirmed person infects at least three people. According to experts, if unchecked, the virus is expected to expand uncontrollably. It reached to 150 countries within 100 days of its first appearance. It has already reached nearly 50 countries in Africa. Globally, as of 21 April 2020, virus-confirmed cases reached 2,500,000 and more than 59,000 deaths, which is more than a five-fold increase from just two weeks ago.

In the current trajectory Africa's peak is to come in the coming four-to-six weeks. Similar to its slow catch up to peak, it may take exceptionally long time to see the delta curve in Africa, which only happens only after the peak is over. The entire cycle therefore will be much longer and more painful as it characterizes by a prolonged dooming environment.

Worse still, the prospects of vaccine hang in medium term. Thus, the impact of the situation in Africa will obviously be deeper and severe, superseding the epoch of the pandemic itself. It is beyond health or economic damage. It could be a complete catastrophe that will leave a number of countries to be stateless.

The accumulated grievances and dissatisfaction of citizens against the system failed them, could culminate to a stage where they will no longer be obedient and standing against all advice and orders. In a situation where everyone is striving to bail out (including African governments), it is hard to expect any support that will cushion the shake.

Since the beginning of 2020, more than $4.6 trillion has been pledged by governments, bilateral donors, multilateral institutions, philanthropic donors, NGOs, and the private sector in the fight against COVID-19. But this number just scratches the surface of the expenditure that will be required in the coming months. Millions of people lost their jobs in the past 4 weeks alone, some jobs such as travel and restaurant business have gone for good, as people will no more have confidence for non-compulsory travel.

Rescuing the laid off and ensuring their very sustenance takes a huge toll. As often is the case, Africa is enormously disadvantaged and is expected to deeply hurt. Africa debt stress levels are fast rising at low levels of development (with 32 of 36 low human development economies found in Africa). Nearly four in ten African countries are at high risk of debt stress or debt stressed. The prolonged corona effect will likely dent sub Saharan economic growth – to the extent of negative per capita growth in 2020.

The shortage of foreign exchange manifesting in exchange rate movements will also increase debt burden. In short, the COVID19 will adversely affect the macroeconomic assumptions underlying the Debt Sustainability Analysis.

There isn't much African countries could do to mitigate the situation through applying currently practiced measures such as locking down people at home or shutting down business when they don't have any supply to keep them survive. Nothing could be done in enforcing compliance if people choose to risk more than the plague by locking themselves. If not handled wisely, the situation could easily turnout to a mess with unintended consequences.

African leaders will be forced to choose between evils, and it will be no wonder if they go for the lesser. Either by coming up with a swift working solution in place of the high-bar compliance requirement of stay-home when there is no home, or make the right investment to keep people in available and safe shelters including turning existing public spaces into temporary residence.

Since no African country has fiscal capacity to stand alone, the international community has a moral obligation to reach out, fast and effectively and help out on such unique challanges. Solutions are and must be contexctual. Even when the problem is global.

The challenges at hand, as evidenced, traverse borders and must be dealt with holistically, jointly, and openly. Aluta continua!

The Shift to Virtual World - An Experience Worth Archiving