Africa: The Pandemic Power and World Disorder - A Threat to Partnerships 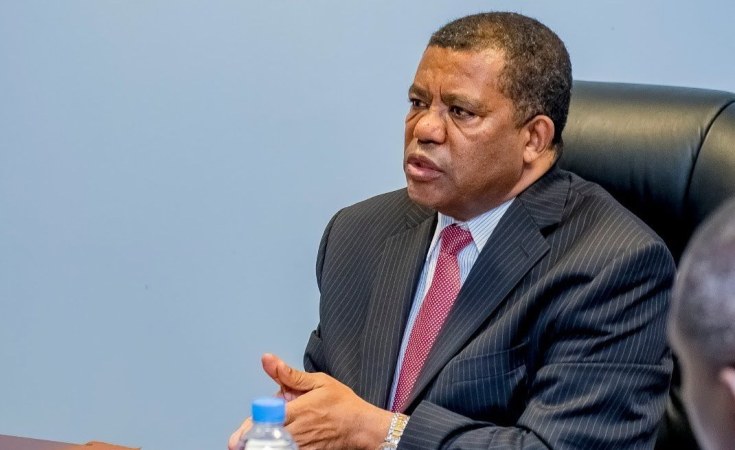 Kigali — Humanity has experienced disasters of all types, since immemorial, from earthquake to Tsunamis, wildfire to drought and famine, slavery to genocide.

Even in modern days, the bombing of Hiroshima and Nagasaki (August 6,1945) and other nuclear meltdowns caused problems beyond the initial threat and leaving an unforgettable scar in our history. When these unfortunate disastrous strike, though the impact tended to ripple beyond the origin, the sufferings were limited to the localities.

The global Coronavirus pandemic is altogether a different phenomenon. To start with by mere definition it is global, hence no place is spared. Worst still, the outbreak and Covid-19 disease escorted from day one with all kind of conspiracy and mystery which have caused an incredible level of confusion, disorientation and loss of confidence even for those in the space. The same confusion manifests in the realm of finding solutions.

Its impact is way beyond health. Its harsh real trial is for the entire granular and fabrics of our civilization, values and ingenuities where our points of pride and brags are stem from. A myriad of economic and societal catastrophic that threatens to evolve into worse scenarios in the long term. The global economy cannot withstand this downtime for much longer.

Our daily life routines have been altered. Social activities are disrupted, religious rituals and gathering which otherwise resisted such blunders are not different. Professionalism is undermined, scientific standards and protocols are hardly observed.

For instance, as we talk now, while part of the world has been contemplating about tentative plans to reopen their nations, the others discussing shut down or increasing their enforcement. Others are caught by fear of the double-edged sword: open the country to save the economy or risk the virus.

The other very concerning development is the heightened level of contention and distrust seen among world powers, institutions, media, and political establishments even to some extent among people.

The public relations war waged between China and European countries and China and the USA, over the origin of the virus and lack of transparency is the most overwhelming one. The situation extends and deeply nagging the foundation of the ties and fabrics in some societies. The resentment tendency reflected by numbers of Italians against EU, as they felt betrayed and denied support during the fight, the incredibly harsh and racist like treatment of Africans in China, unveils the real inside of human ingenuity which otherwise has been hidden and deceived by diplomacy and the fake smile.

Consequently, all these developments play against multilateralism and its spirit that has been under attack for a while. Left unchecked, the direct and proxy attack on the spirit of global partnership and multilateralism, will risk the collapse of the power of global initiatives and co-operations or least create the evolution of new order of multilateralism.

Arguably, these experiences are exceptionally sensitive and hard to downplay them and risk time bombing and relapse. They need to be healed as they are underlying issues. Hence, they are part of the severe imminent ramifications that the post-corona world should stitch the right garment for. Over and above, these unfortunate attitudes are distracting us from looking at the big ball.

The energy and time which should have been used for galvanizing the public against the pandemic, are now wasted for blaming each other and seeking a scapegoat for all the misdeeds and failure in handlings. This is not only untimely but also irresponsible. The time is now for pooling heads and hands if not hearts and react seamlessly. We can't afford to fail twice. We failed our citizens and left them vulnerable for the attack and now falling them again in their effort to fight back.

The virus doesn't seem going soon, if at all it goes! Though not sure, there is nothing like going off completely, the best it could happen is it will be suppressed to the extent it will neither be harmful nor a threat.  Even if the present spread could be impeded, the likelihood of having another wave of appearance looks imminent. Contingent on the outcome of the ongoing several fold efforts for discovering vaccines or drugs, the fatalistic level of the forthcoming waves may not be different if not worse.

The scar of this damage is out of imagination. Though the magnitude may vary between economies, it is the power to realign our economic and development priorities, altering our lifestyle and even our values and rituals that matters. Certain global nature initiatives and common agendas such as climate change, inequality, poverty, injustice and issues of sustainable development goals could be significantly suffering for short to medium, due to a shift of resources to fight the pandemic and immediate consequences such as bailing out business, rehabilitating those who lost their jobs and assets.

The irony is despite such immediate reactions, in the long run, the value for science and expertise view will be back to helm in the post COVID world. Science and research have been relatively dumped since the cold war as the race for arm and space conquering substantially subside and the world economy by enlarging shifting from manufacturing technologies to services.

The field of science and mathematics (STEM) has been given low attention in schools higher education including medicine in the last three decades and overtaken by business and banking at the peak of capitalism where money making has become the only prestigious and a payee trade. Our future heroes list includes scientists who are fighting for humanity and human lives. The scarify of front-line workers, such as doctors, nurses, and service delivery men and women foot soldiers during this pandemic is a mission of combat giving your life for others to live!

The notion of extreme individualism "I am capable of living by myself "disproved. We are very much interdependent. No one would be almighty on its own. The wealth and power are nothing to assure one's safety without the goodwill of a fellow citizen in the neighborhood.

In summary, the impact is not something that will be easily fixed or even reversed, which is where the need for global economic and political unity is a MUST. The spirit of solidarity and care should be of the highest order. The world should stand as a single community and act seamlessly on the efforts to curb, halt, and defeat the pandemic. This is not a time for racing after a credit or fame. Only if we collaborate and join our minds and hearts that we would be able to set a new pace and formula and discover antinode for the plague. This is true for business as well. There is no way we would allow pandemic profiteers to take advantage of the broken world and suck us again. There should be a substantial tax levy on the new windfall net worth made from the pandemic, to support the restoration and rehabilitation of the assets and pride of hundred millions of victims.

Previous Story
Let Us Stitch Our Own Garment - A New Normal
Next Story
Can Africa Survive the Plague?

Let Us Stitch Our Own Garment - A New Normal

Can Africa Survive the Plague?

Next Story
Tagged:
Copyright © 2020 Sustainable Development Goals Center for Africa. All rights reserved. Distributed by AllAfrica Global Media (allAfrica.com). To contact the copyright holder directly for corrections — or for permission to republish or make other authorized use of this material, click here.