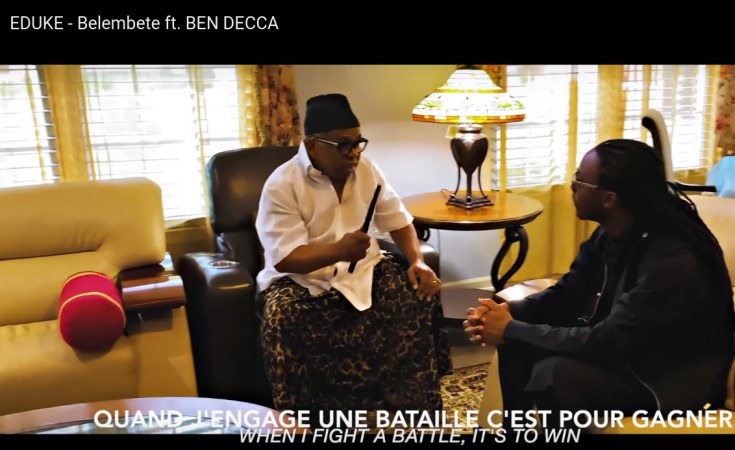 Belembete means "pretentious" in Douala, a dialect cluster spoken by the Duala and Mungo people on the Cameroonian coast.

Ben Decca, whose real name is Benjamin Decca, is known for his particular energy that he serves in compositions of makossa, his chosen musical genre.

Born on February 23, 1958, in Douala, Decca began his career in music in the 1970s in France, while studying automotive mechanics. Originally from the coast of Cameroon, he succeeded in his thirty-year career, alongside other artists, to democratize the traditional musical rhythm of the Sawa people.

Author of hit songs Ye Te Na Oa released in 1982, or Alane Mba from his album Saphir, Papa Ben, as he is affectionately called by his fans, is an emblematic figure of African and Cameroonian music.

Eduke produces American House, Tech House and Techno Music and is a DJ based in Miami.

His signature tunes have been moving crowds at venues and festivals across the globe, while his productions have charted consistently on the UK top club charts, gaining the support of some of the world's biggest dance music DJs, including the likes of David Guetta, Claptone, Idris Elba, and Claude Von Stroke.

Belembete is just one of a series of projects coming from Eduke in 2020. Recently he released another collaboration with Cameroonian veteran artist Annie Anzouer, Bisamena.

Belembete will be released on June 19th, 2020, on all digital platforms worldwide - but you can watch the video here.