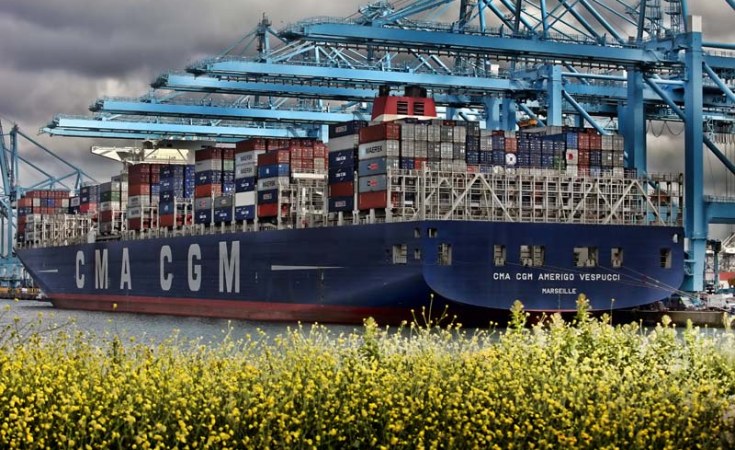 CMA CGM Group
The Compagnie Maritime d'Affrètement-Compagnie Générale Maritime (CMA-CGM), the fourth largest shipping line in the world, has announced a total moratorium on the transport of wood from The Gambia, as well as the creation of a global blacklist of shippers involved in illegal trade of protected and endangered species.
Content from our Premium Partner
Environmental Investigation Agency (Washington, DC)

The Environmental Investigation Agency (EIA) welcomes significant measures announced today by the Compagnie Maritime d'Affrètement-Compagnie Générale Maritime (CMA-CGM), the fourth largest shipping line in the world, including a total moratorium on the transport of wood from The Gambia, as well as the creation of a global blacklist of shippers involved in illegal trade of protected and endangered species. If implemented, augmented and followed by competitors – in particular AP Moller-Maersk, Mediterranean Shipping Company (MSC), China Ocean Shipping Company (COTSCO) and Hapag-Lloyd – these measures could herald a crucial game changer in the fight against global forest criminals.

Rosewood, a family of tropical tree species widely used for neo-antique furniture in Asia and particularly in China, is the single largest wildlife crime market in the world.  Trafficking networks have depleted the forests of Southeast Asia, before turning to Africa to meet the Asian demand. In West Africa, the illegal harvest and trade of rosewood has destroyed rare habitats, imperiled the lives of communities, increased desertification, fueled corruption and stirred conflict.

According to EIA’s recent investigative report Cashing-In on Chaos, shipping lines have transported illegal wood – equivalent to about 1.7 million trees – out of The Gambia for almost a decade. As traffickers told EIA investigators, the vast majority of rosewood trees (Pterocarpus erinaceus) exported from The Gambia were smuggled out of Senegal. Senegalese rebel groups have controlled the illegal trade for years, relying on it as their primary source of income. The shipments of stolen Senegalese timber also violate the national laws of The Gambia, where rosewood exports have been legally banned by President Barrow since 2017. EIA investigators were told on multiple occasions that government officials, timber associations, and renowned traders in The Gambia are part of the smuggling scheme.

Lisa Handy, Director of the Forests Campaign at EIA, said: “The timber sector in The Gambia is plagued by opacity and corruption, it provides the perfect ecosystem for criminal networks to thrive. The situation is not much different from most other countries where we have investigated illicit timber trade over the past 30 years.”

The announcement reportedly made today by CMA-CGM is globally significant with potentially far reaching implications. By declaring a moratorium on the transport of all timber from The Gambia and launching a blacklist of shippers involved in the illegal trade of timber (as it exists for illegal commerce of drugs and weapons), the French company makes a concrete step in the right direction.

The shipping line sector is nowadays highly concentrated and has recently come under scrutiny to address its heavy carbon footprint.  The top-5 companies, on the basis of cargo carrying capacity, i.e. the Danish AP Moller-Maersk, the Swiss MSC, the Chinese COTSCO, the German Hapag-Lloyd, along with CMA-CGM, control the majority of the global fleet. For years, traffickers have used the opacity and lack of accountability in the international shipping business to move hundreds of thousands of tons of illegal trees between continents.

CMA CGM Group
The CMA CGM Group, a world leader in shipping and logistics, is reinforcing its procedures for shipping protected species, the trade in which is regulated by the Convention on International Trade in Endangered Species of Wild Fauna and Flora (CITES).

“CMA-CGM’s move today illustrates the ability to stop the illicit blood wood traffic between Senegal, Gambia and China when a shipping company decides to focus on these critical issues and act accordingly. It is a notable move and an auspicious start for the global reforms needed in this sector,” Handy further stated.

If the actions enumerated today also encompass mechanisms which hold shippers liable for their (mis)declarations and concrete mechanisms to increase transparency, this package illustrates a number of important tools available to the sector to address global timber trafficking and related crimes.

Other shipping lines must also act: are they going to conduct business as usual and be known for their complicity in the continued illegal plunder of the world’s forests, or will they be part of the solution?

Increased transparency will be essential to underpin necessary changes in this sector and truly address the forces driving illicit trade.  EIA is committed to support what could become an historic shift in the global shipping industry.

Tagged:
Copyright © 2020 Environmental Investigation Agency. All rights reserved. Distributed by AllAfrica Global Media (allAfrica.com). To contact the copyright holder directly for corrections — or for permission to republish or make other authorized use of this material, click here.