The 7th FEEEDS-Gallup Annual Africa Forum Provides a Closer Look at the Future of the U.S.-Africa Trade Relationship 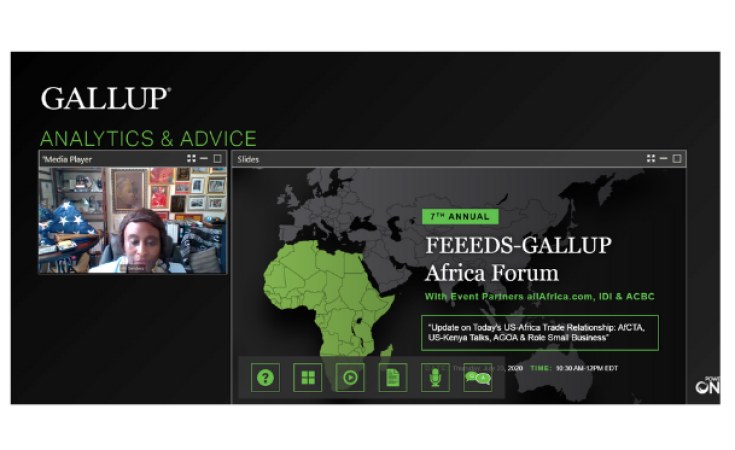 These pillars include the existing 20-year African Growth and Opportunity Act (AGOA, expiring 2025); US-Kenya talks to establish the first Free Trade Agreement (FTA) between the U.S. and an African country; and, dynamic engagement and support for the region's new African Continental Free Trade Agreement (AfCTA), making Africa one of the world's largest trading blocs with an economy of nearly USD$2.4 trillion.

Each year, the FEEEDS Advocacy Initiative and the prestigious GALLUP World Poll, co-host the Africa Forum, along with renown media partner AllAfrica, bringing together experts and event partners to address key US-Africa issues on development, business, education and trade. This year's event partners were the International Development Institute (IDI), with its networks in Asia, and the  African Caribbean Business Council (ACBC), one of greater Philadelphia's leading organizations focused on Diaspora businesses.

In addition, this year's FEEEDS-GALLUP event (virtual for the first time), emphasized best practices to ensure that the role of small businesses (known in the Africa Region as SMEs), are included as a key pillar of both US-Africa trade and Africa regional trade, given their nearly 47-50 percent contributions to GDP both in the U.S. and on the Continent.

To underscore the pivotal role of U.S.-Africa Trade, the Forum this year had as its keynote speaker the Assistant United State Trade Representative for Africa, Constance Hamilton, who is responsible for the U.S. trade efforts in the 49 countries of sub-Saharan Africa. She shared with the global audience from the U.S., Africa, and Asia, the overall desire of the U.S. to increase and enhance its trade relationship with the Continent.

Gallup's Africa Director, Magali Rheault, highlighted key data garnered by Gallup's polling on the impact that Africa small businesses and local communities have on driving both entrepreneurship and SME growth, and the differences in these two areas that exists among the sub-regions.

Co-host Jon Clifton, Gallup Poll's Managing Partner, said as he kicked off the 7th FEEEDS-Gallup Africa Forum, "that Africans are among the most likely in world to be planning to start a business and become involved in entrepreneurship, no matter where they are on the Continent."

Adding to this sentiment, co-host Ambassador Sanders, a former United States Ambassador to several countries, who now heads FEEEDS, an Africa-focused development advocacy initiative, mentioned how "transformative increased US-Africa trade can be in helping with regional integration as long as small businesses are a part of those efforts." 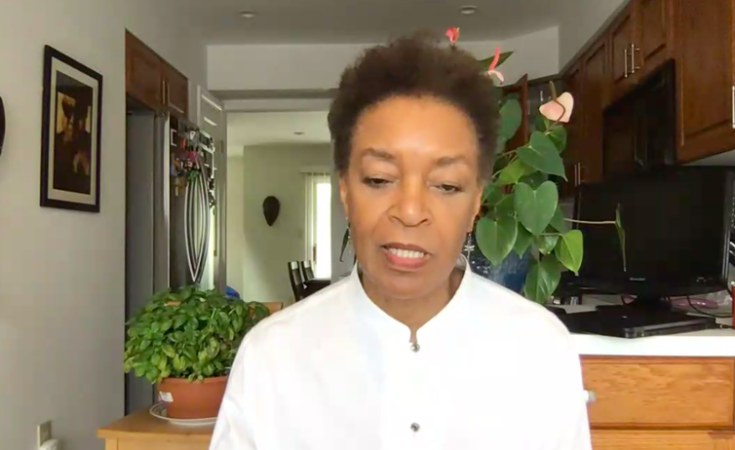 Event partners Parashu Nepal, IDI's Founder and Managing Director and ACBC Chairman Stanley Straughter both underscored how important the Forum was to their networks. Mr. Nepal commented "that many of IDI's Asia networks hold Africa SME training programs so helping them take advantage of U.S. trade opportunities is important." Mr. Straughter added "that ACBC's vast Diaspora connections on the Continent and in the Caribbean can only help enhance US-Africa trade goals and further build links with African small businesses."

About the co-hosts, media partner, and event partners:

FEEEDS® is an acronym that encompasses some of the main global themes of today -- Food Security, Education, Environment-Energy, Economics, Development and Self-help. It mostly works in Africa, with the Africa Diaspora on small businesses and development issues. It holds a number of advisory positions with several Diaspora and U.S. organizations, providing strategies to address economic development and business issues in the region. Twitter: @rrsafrica

AllAfrica is the leading online platform for daily news and analysis on all issues related to the Africa Region. It has feature stories and pages that can be an asset to any business looking to further expand its news and reach across the continent. Twitter: @allafrica

International Development Institute is a leading training and capacity building provider. Working with private and public sectors, IDI works closely with its clients in assessing their needs to build institutional capacity, developing programs and delivering them. In over 15 years of existence, IDI has trained thousands of participants from number of countries. Twitter: @idiinstitute