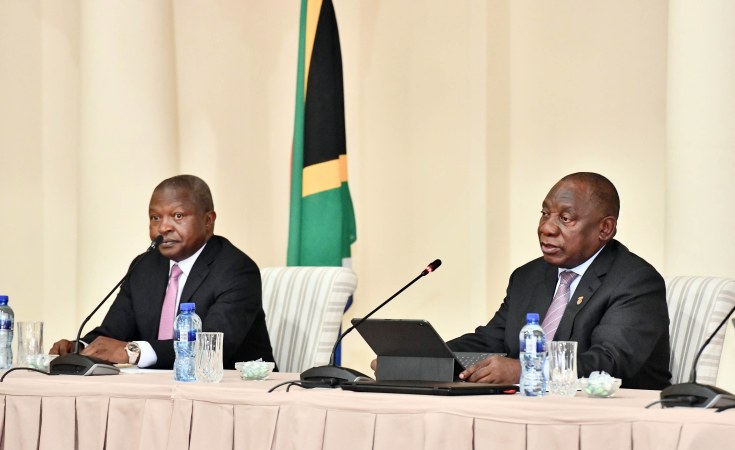 Cape Town — The South African presidency has issued a statement saying that Deputy President David Mabuza is "home and well".

The statement says: "Anything contrary to this is a malicious and unfortunate rumour."

Sowetan Live is reporting that the statement follows rumours of his death on social media.

On July 22, parliament issued a statement saying that Mabuza was "unable to honour scheduled appearances in both Houses due to ill health".

On June 25, News24's Jan Gerber noted that the deputy president had maintained a low profile since the country entered lockdown.

These Africans Are on TIME Magazine's Most Influential List
Conflict