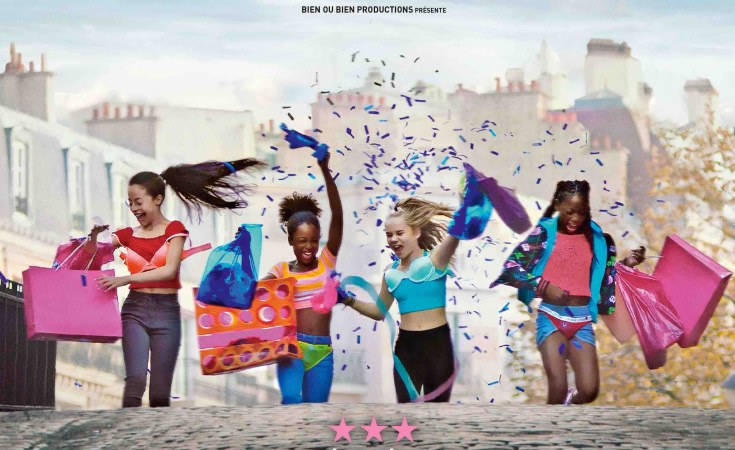 Cape Town — The controversial French film Mignonnes, known as Cuties in English, has caused quite a stir online. Many have criticized it for "sexualizing" young girls. But is it being misunderstood?

The film, directed by French-Senegalese director Maimouna Doucoure, first faced criticism a month before the film was even released. Netflix had released an 'inappropriate' promotional poster to promote it. The poster showed the girls wearing very short shorts and tiny crop tops and posing in seductive dance positions. The poster went viral for "sexualizing" minors.

This led Netflix to apologize and remove the poster and use a different artwork for the film, but the damage was done. Now, the criticism has intensified since its premiere on Netflix. It has caused outrage that many are calling for subscribers to #CancelNetflix.

After a hell of a storm surrounding the film online, I had to see it for myself.

The movie tells the story of Amy, an 11-year-old girl, who is caught between two worlds. She must obey the strict rules of her observant Senegalese Muslim family and at the same time please her friends in defiance of her family's strict rules. She lives in an impoverished Paris suburb. She takes an interest to a clique of rebellious girls at her school who have their own dance group called Cuties. At first, they pick on Amy, but she makes friends with them, and later joins the dance group. They practice provocative choreography - copying what they see on their phones on social media - in preparation for a local dance competition.

But why is the movie controversial?

The twerking, bumping, and grinding and pouting in their dance routines left many offended, pissed, and disgusted. Several scenes show the girls dancing suggestively in skimpy outfits. A petition to get it axed from Netflix was even created.

The film has been called child pornography and a vehicle for paedophilia, but it is far from it. There is no nudity or sex scenes. But you can't deny it features disturbing scenes - such as Amy taking a picture of her "fanny" and posting it to social media. Their dance scenes are extremely offensive. The scenes are horribly distasteful to watch - but it is the aim of the director to horrify the viewer and, maybe, make the viewer to think.  When you see the movie, it definitely causes discomfort and we are supposed to react, analyze it, and work to change the world we've made. Every day, there are so many videos with girls dancing provocatively. This is what young girls see and feel to sexualize themselves, a problem that has plagued minors due to the era of the internet.

Even though it was slammed by critics who believed it was hyper-sexualizing children, the movie tries to raise awareness of societal pressures young girls face to be sexual, and social media expectations. The problem isn't the movie, but what the movie reveals. The movie deserves praise for handling sensitive topics. But It seems like the message got lost in the sea of backlash, online rage, and conspiracy theories.

But the controversy ruining it may also save it.

Doucouré said in an interview with Netflix that the movie incorporated elements of her own childhood in its portrayal of Amy's struggles between two distinct modes of femininity: one dictated by the traditional values of her Senegalese and Muslim upbringing, the other by Western society.

Doucouré explains that she is telling this story through Amy's eyes, challenging the audience by showing how hyper-sexualization of children is normalized.

Cuties explores how girls become women, sometimes sooner than they should, forced into adulthood by the society they live in and the media they consume. "When I was young, I also saw a lot of injustices around me lived by women," says Doucouré. "We're used to saying that women in other cultures are oppressed, but the question that I had when making the film was: Isn't the objectification of a woman's body that we often see in Western culture another kind of oppression?"

The movie director said that the idea for the film came to her after she attended a neighbourhood gathering in Paris where she saw a group of 11-year-olds performing a "very sexual" dance and wanted to investigate why such young girls were mimicking such adult behaviour.

Many have called Netflix to apologize but instead the streaming company is encouraging viewers to give it a try. Doucouré added that despite the controversy - or perhaps because of it - she still wants critics to watch Cuties.

A Netflix spokesperson said in a statement: "It's an award-winning film and a powerful story about the pressure young girls face on social media and from society more generally growing up - and we'd encourage anyone who cares about these important issues to watch the movie."

The film received the director's award at the prestigious Sundance Film Festival.

Cuties is currently streaming on Netflix. 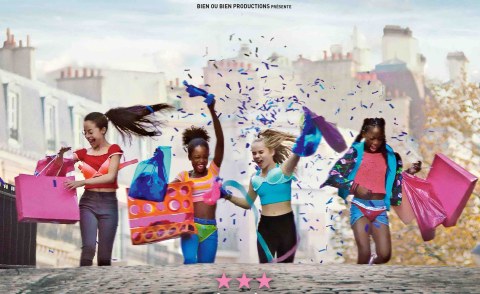 What's The Story Behind French-Senegalese Film, Cuties?
Tagged:
Copyright © 2020 allAfrica.com. All rights reserved. Distributed by AllAfrica Global Media (allAfrica.com). To contact the copyright holder directly for corrections — or for permission to republish or make other authorized use of this material, click here.