Africa: Beyond the Year of Return - Africa and the Diaspora Must Forge Closer Ties 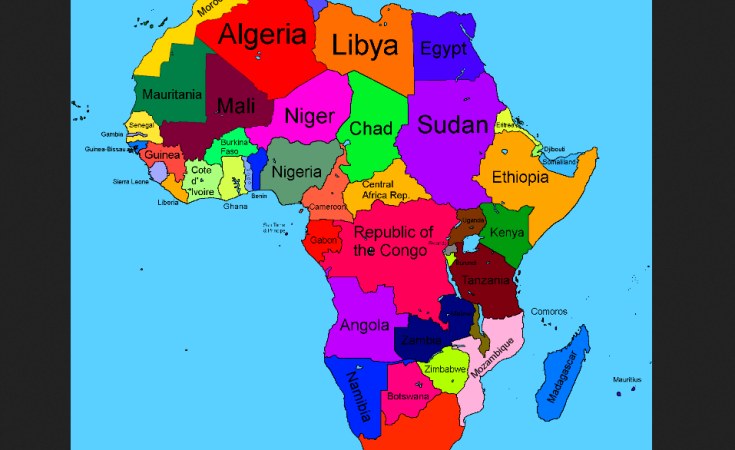 Wikipedia
Ethiopia's foreign ministry has apologised after a map of Africa on its website incorporated neighbouring Somalia within its own borders. NOTE: This map goes with a specific story (https://allafrica.com/stories/201905270678.html) - DO NOT USE IT TO ILLUSTRATE OTHER STORIES! (Renee)
Africa Renewal (United Nations)

In 2019, Ghana successfully hosted The Year of Return, Ghana 2019, a year-long programme of activities to commemorate the 400th anniversary of the arrival of the first recorded enslaved Africans in the State of Virginia in the United States. A second edition called Beyond the Return was planned for 2020.

Ghana's Ambassador to the United States Dr. Baffour Adjei Bawuah was one of the architects of The Year of Return, Ghana 2019. He spoke with Africa Renewal's Benjamin Tetteh about the historic event and how Africans and the diaspora can forge stronger bonds. Here are excerpts from the interview.

What accounted for the success of the Year of Return?

We have always had, since independence, a certain kind of international profile. The type of promotion that we organized here in the United States made a lot of difference. We have emphasised that for people who can trace their ancestry to Ghana, the country is their home and home is where you go. That assures people of safety and enjoyment.

Then, we have this reputation of being very welcoming people. The Ghanaian makes you feel comfortable, makes you feel safe. We underscored that people should visit the historical sites. For most Americans, these sites have a lot of emotional attachment.

We were also saying that Ghana is reorganizing itself economically and socially. So, we invited people to come and have a kind of economic glimpse so that they can subsequently invest in our country.

During the Year of Return, Ghana's President Akufo Addo granted citizenship to some people from the diaspora community. What was the significance of this?

It wasn't so much a matter of decorating them as Ghanaian citizens. They had expressed an intent to be citizens. President Akufo Addo was just confirming that Ghana was their home and that they satisfy the requirements for citizenship. So, maybe, the Year of Return was an opportunity to express that.

Ghana was planning Beyond the Return in 2020. With the COVID-19 pandemic, what changed?

The COVID-19 pandemic has been an unfortunate occurrence for everybody. Whatever arrangements had been in place have been reviewed. The hope is that Ghana's borders would be open in September. But then we also need to institute measures because of the pandemic. We have to keep a very sharp eye on what can be implemented.

In other words, due to COVID-19, we don't expect much in terms of Beyond the Return this year?

I believe it is a fair conclusion, because even schools are having problems reopening. Beyond the Return entails a lot of travel, and a lot of decision making because you can't project the success of certain types of investments right now.

The whole process was very successful. We were also able to take the Congressional Black Caucus, headed by the Speaker of the US House of Representatives Nancy Pelosi, and the late civil rights leader Congressman John Lewis, to Ghana.

Africa Renewal: How would you assess The Year of Return, Ghana 2019?

Ambassador Baffour Adjei Bawuah: Like any event of that size and spread, you can only use a measurement like the number of people who visited Ghana, how long they stayed, what activities they were involved in and, of course, what receipts the country got out of all that.

By a cursory inspection, the whole process was very successful. We were also able to take the Congressional Black Caucus, headed by the Speaker of the US House of Representatives Nancy Pelosi, and the late civil rights leader Congressman John Lewis, to Ghana. That alone was a sign of success, because if they didn't see it as something of value, I don't think they would have gone on the trip.

Ghanaians head to the polls in December. How do you think future administrations can sustain the gains from the Year of Return?

There are certain policies and areas of a nation's life that can stand the test of time and the test of political change. And this whole idea of the Year of Return cannot be made to appear like it has a political flavour. It doesn't. Because the people we are attracting don't have any significant investment in Ghanaian politics per se. So the Year of Return ought to be looked at in terms of a national product that we are selling for which time and political view or philosophy should have very little impact.

On both sides, there were prejudices, and we have a responsibility to reeducate ourselves to see what had gone wrong and then take serious steps to address them, and to see the commonalities of our interests.

We ought to see it as bringing Ghana to the world marketplace, a nation's effort to tap into a diaspora population that is reasonably prosperous and for whom at least emotionally and historically, they could see themselves as having a good reason to invest in Ghana.

And I think the present administration has made it possible for most of us to think along those lines.

Some other countries are making plans to host similar events to attract the diasporas. What would be your advice to them and what possible challenges would they have to contend with?

Fortunately, every African no matter where he or she comes from has no objection to being called an African. Therefore, we assume a certain uniformity among African countries. But the nature and content of the Year of Return will vary from country to country based on the genesis of their individual relationships with the diaspora and their state of development and other social considerations.

But the important thing is to recognise you are inviting people to come have a good visit, to open their eyes and their pockets as they visit, and to try and ignore the hurt and historical pinch of the circumstances. So programmes would have to be designed for people to see a new world altogether.

Beyond the Year of Return, what more can Africans in Africa and the African diaspora do to interconnect for mutual benefit?

You see, we're working from the fact that there were people who came out of Africa into North America and elsewhere against their will; under terrible circumstances. They had to deal with a language that they had never heard before. But they mastered the language. They wrote sonnets in this language. They ended up inventing some of the things that are very crucial to American civilisation.

We on the other side ought to see that while they were having their difficulties, they were also made to understand they don't have anywhere to go. On both sides, there were prejudices, and we have a responsibility to reeducate ourselves to see what had gone wrong and then take serious steps to address them, and to see the commonalities of our interests.

International arrivals: According to Ghana's Ministry of Tourism, Arts and Culture about 1.1 million people arrived in Ghana in 2019, compared to 956,372 in 2018.

Tours of historic sites and former slave posts among other locations.

Now briefly to the African Continental Free Trade Area (AfCFTA): Ghana handed over the Secretariat buildings to the African Union this past August. Why was it important for Ghana to host this pan-African institution?

When it comes to trade and investment, Africa is probably the last frontier. We have a huge population that is mostly very young. And if you look at the actuarial tables, the rate of reproduction is going to be higher in Africa. Therefore, the market for goods and services is going to be in Africa.

If it is easier for us to trade among ourselves, if we ease the transportation restrictions among us, there's no reason why we cannot exchange goods and services, as opposed to paying so much to other people because we end up importing all sorts of things.

Besides, if we improve the exchange of commerce among ourselves, each one of us would be encouraged to manufacture. So, the free trade area can ensure that each country is able to maximize its production capacity and still exchange their goods and services.

Next Story
Tagged:
Copyright © 2020 Africa Renewal. All rights reserved. Distributed by AllAfrica Global Media (allAfrica.com). To contact the copyright holder directly for corrections — or for permission to republish or make other authorized use of this material, click here.