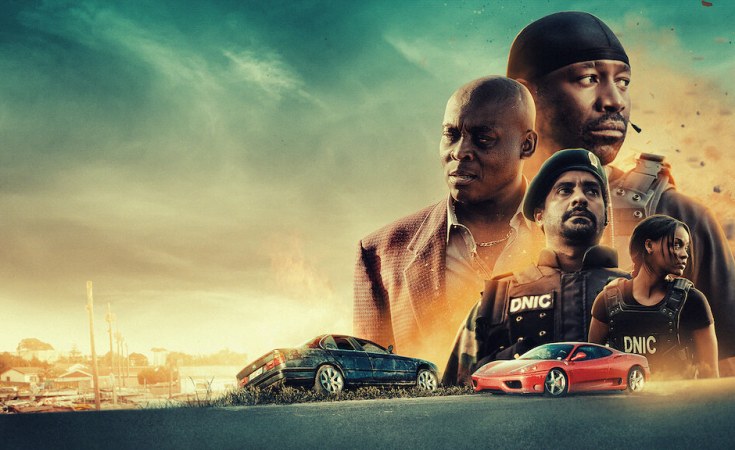 Cape Town — Netflix is finally diving in - not just dipping toes in - when it comes to Africa and its film industry. African movies and series are now making a mark on the streaming platform.

On August 28, Netflix added a South African and Angolan action co-production called Santana. This is the first time that Netflix has added a movie from Angola.

But is Santana worth the Netflix and Chill?

Firstly, I would like to point out that the movie has nothing to do with legendary musician Carlos Santana. So don't expect karaoke moments!

Santana follows law enforcement brothers - a narcotics agent Dias (Paulo Americano), and General Matias (Raul Rosario) as they chase down Ferreira (Rapulana Sepheimo), one of Africa's most notorious drug lords. As they get closer to Ferreira, the brothers discover that he is the same man that murdered their parents decades ago.

Now the brothers are hunting the man who violently took their parents away from them. The battle lines are drawn with Ferreira trying to kill the cops hunting him down. He fails and flees to Cape Town. The situation escalates, and a deadly cat-and-mouse chase ensues. They track him down and claim justice for their parents.

The movie didn't really hit that spot. It is an action movie gone wrong. Ouch!

In the first 30 minutes, there was a lot happening. It was predictable and easy to point out what the lead characters were all about. As usual, betrayal and deception is expected and the film's storyline lacked a sense of surprise, suspense, or intrigue. The bad guys overacted and were always awkwardly whipping around their guns.

The cast included a mix of South African and Angolan actors. At first, I was extremely excited by the cast as it included my favourites - South African actor Rapulana Sepheimo (Generations, Gangster's Paradise: Jerusalema - again not to be confused with Master KG's hit song) and British-Nigerian actor Hakeem Kae-Kazim (Pirates of the Caribbean, Black Sails, Hotel Rwanda). Sepheimo pulled off his role as a badass villain as expected and Kae-Kazim is a truly gifted actor and wowed audiences with his stunning performance as a henchman.

But I found myself struggling to finish the film. The testosterone fest was filled with so many scenes full of explosions, chases, and unnecessary sex scenes that had no importance to the story. There was just a lot happening in the storyline. Maybe, it was the bad dialogue. The gun scenes were filled with incredibly loud bangs -  more like noise effects that left my ears bleeding. The fight scenes were brutal, and disturbing.

And did we really needed to see a hint of witchcraft in an action movie? Honestly, that twist really threw me, but then again it's an African movie.

Apart from that, it was so awesome to see familiar faces who speak your own language and have the same accent. Plus the cultural drops also made it worthwhile.

Santana was written, directed, and produced by South African Chris Roland and Angolan Maradona Dias Dos Santos.  It was also filmed in Cape Town and Angola.

The movie so far has gathered both negative and positive reviews. It's good but not hugely memorable. But for a film that was done on a low budget, it did its best.