Washington DC — The killings by security authorities of Nigerian citizens peacefully protesting against brutality is a travesty and a tragedy.

These extrajudicial killings have demonstrated that the protests were justified by a culture of impunity and police brutality, which must be condemned strongly. There must be an independent investigation of this horrible incident, with accountability for those found culpable.

A culture of impunity and police brutality must end.

The physical and psychological assaults on citizens by the police need to end. Without this, the police cannot build a new public image for itself. Neither will it be able to gain the trust of the citizens. Trust between citizens and the police is essential for effective crime prevention, arrest of suspects and keeping Nigerians safe.

The Special Anti-Robbery Squad (SARS) has been notorious for abuses. This has led to the #EndSARS campaign. But the unprofessional conduct of the police was not limited to SARS; it has reportedly involved various units of the police.

EndSARS stands for much more than one, now disbanded. police unit.

T herefore, what is fundamentally required is a package of reforms for the police. As I outlined during my presidential campaign for the 2019 general election, the reform needs include welfare of the officers, training,  fully professional recruitment processes rather than one influenced by political or vested interest considerations,  and effective disciplinary policies across the police establishment. I also said that the strength of the police should be increased by up to 1.5 million new recruits over a period of five years. The country also needs to devolve policing to the state and to community levels.

The government of President Muhammadu Buhari must tackle these problems that include corruption; a bloated government structure that exacts a heavy fiscal burden to maintain; a rising national debt that is mortgaging the future of Nigeria's young people; and fundamental contradictions brought about by a perversion of the principle of federalism in which the central government has too many constitutional powers and the states (federating units) do not have adequate autonomy.

President Buhari must meet the specific demands of the protesters, many of which are perfectly reasonable, including fundamental police reform, and then lay out a roadmap for medium-term reforms he will undertake in the remaining three years of his tenure of office.

Dr. Kingsley Chiedu Moghalu @MoghaluKingsley is a lawyer, political economist, former deputy governor at the Central Bank of Nigeria and former professor at the Tufts University Fletcher School of Law and Diplomacy.

Previous Story
My Heart Is Broken - a Leader Weeps for Her Country and Its Fallen Children
Next Story
We're 'Back to Abacha' Days, Soyinka Says - #EndSARS 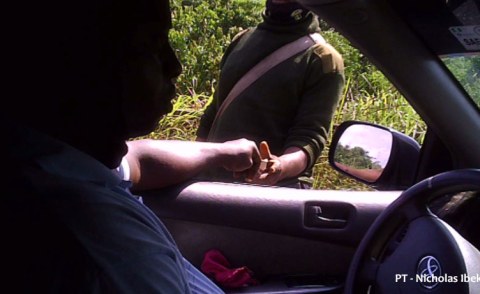 Fear Dominates the Lives of Nigerians - the Consequences Are Dire
Tagged:
Copyright © 2020 allAfrica.com. All rights reserved. Distributed by AllAfrica Global Media (allAfrica.com). To contact the copyright holder directly for corrections — or for permission to republish or make other authorized use of this material, click here.