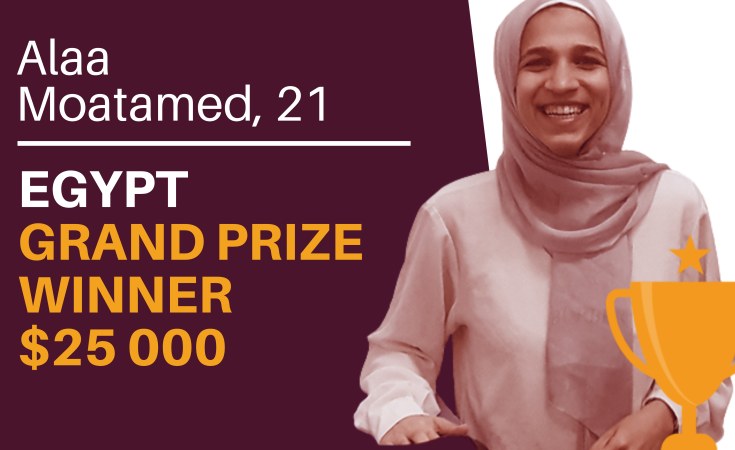 With a pool of talented finalists from more than 15 African countries, the 2020 Anzisha Prize – the premier award for Africa's youngest entrepreneurs – goes to Alaa Moatamed, a   young female entrepreneur whose venture provides business owners with an affordable and convenient delivery service for customers. EdTech entrepreneur Matina Razafimahefa, 22, from Madagascar emerged as the first runner up ($15,000), while 22-year-old infrastructure entrepreneur, Mohamed Bah from Sierra Leone, was the second runner up ($12,500).

The 20 finalists were selected from an impressive initial pool of more than 1,000 young entrepreneurs, up from 600 in 2019. The Anzisha Prize is proud to have attracted applicants from more than 30 African countries, across multiple sectors.   Each of the 20 finalists, who made it through the rigorous selection process, will receive $2,500 and will have the opportunity to join a fellowship of 122 entrepreneurs who receive venture building support and mentorship. Since 2011, Anzisha Fellows have created over 2,000 jobs – 56 percent of which have been for young Africans under 25.

At an early age, Alaa had a passion for business. In 2016, she participated in EYouth where she co-founded and headed her first initiative "Fettrah", a project aimed at teaching people with mental disabilities. After Fettrah, Alaa went on to co-found CFI "Camps for Intelligent," an organisation targeting youth aged 12 to 17 that provided them with skills not offered in traditional schools like art and design, Android and web design, and languages. Through CFI, Alaa and her team reached more than 70 young people. Post 2017, Alaa worked as a community manager for a Cloud co-working space, one of the leading business hubs in Al Minya, Egypt. With the sum of her experiences, Alaa co-founded Presto.

Presto is an automated delivery system that connects vendors with customers and suppliers. The platform provides a crowd-sourced network of delivery agents for small businesses.Presto has been successful since it launched in 2019 and serves 300 stores and merchants in two cities. 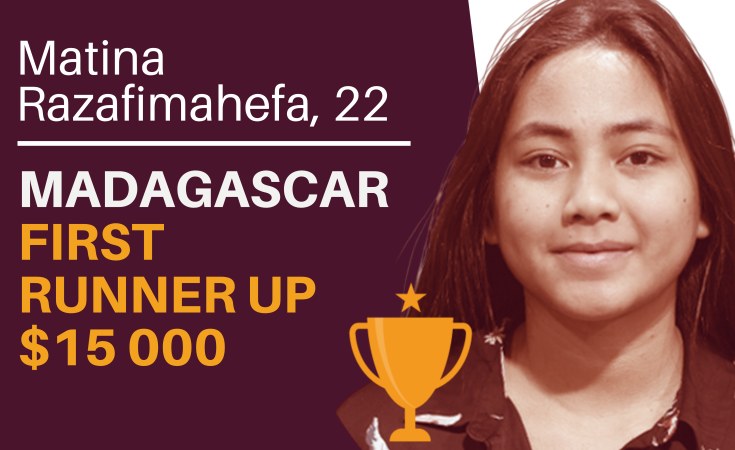 "Across upper Egypt, I saw people suffering from the problem we are solving and I wanted to try my best to help them, especially small businesses owned by women. I want to expand my service across Africa to help women who are suffering from operational hassles." says Alaa.

The first runner up, Matina Razafimahefa, is the Founder of Sayna , an innovative EdTech venture. Her business sources, trains, and produces highly equipped young Africans in industry-specific digital skills. Since its inception, the venture has expanded its training to Comoros, Ivory Coast, Benin, and Senegal. To date, Sayna has placed 80 percent of its students in the global IT marketplace.

Second runner up, Mohamed Bah, is the Founder of Information for All (IFA) –   a venture that constructs drills and repairs water wells and toilets, which ensures water sustainability and hygiene for water deprived communities. To date, the IFA team has drilled over 20 wells and provided clean water to thousands of people.

"The young people who have participated in the Anzisha Prize over the last decade remind us that betting on Africa's young people is a recipe for success," said keynote speaker, Reeta Roy, President and CEO, Mastercard Foundation. "Now more than ever, we need their entrepreneurial spirit."

The Anzisha Prize is a partnership between African Leadership Academy and the Mastercard Foundation . The 2020 Anzisha Prize Finalists were celebrated on Tuesday, 27 October, during the programme's 10 th year virtual awards ceremony. Thousands of viewers tuned in to commemorate young innovative African entrepreneurs who are creating jobs in their communities. 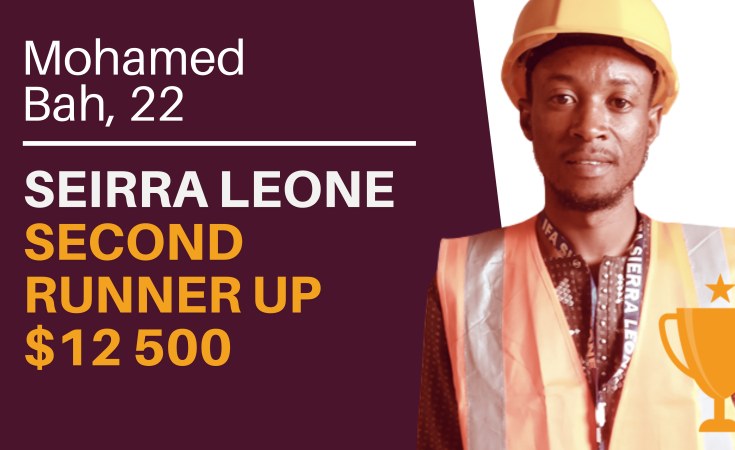 About the Anzisha Prize

The Anzisha Prize is delivered by African Leadership Academy in partnership with Mastercard Foundation. Through the Anzisha Prize, the organisers seek to fundamentally and significantly increase the number of job generative entrepreneurs in Africa. They believe that a key to doing so is to test, implement and then share models for identifying, training and connecting high potential, very young entrepreneurs (15 to 22 year olds) so that many more organisations have better collective success in creating a pipeline of entrepreneurs with the capabilities for scale.

African Leadership Academy (ALA) seeks to transform Africa by developing a powerful network of entrepreneurial leaders who will work together to achieve extraordinary social impact. Each year, ALA brings together the most promising young leaders from all 54 African nations for a pre-university program in South Africa with a focus on leadership, entrepreneurship and African studies. ALA continues to cultivate these leaders throughout their lives, in university and beyond, by providing on-going leadership and entrepreneurial training and connecting them to high-impact networks of people and capital that can catalyse large-scale change. For more information, visit http://africanleadershipacademy.org .

About the Mastercard Foundation

The Mastercard Foundation works with visionary organizations to enable young people in Africa and Indigenous communities in Canada to access dignified and fulfilling work.   It is one of the largest, private foundations in the world with a mission to advance learning and promote financial inclusion to create an inclusive and equitable world. The Foundation was created by Mastercard in 2006 as an independent organization with its own Board of Directors and management. For more information on the Foundation, please visit: www.mastercardfdn.org

Tagged:
Copyright © 2020 Mastercard Foundation. All rights reserved. Distributed by AllAfrica Global Media (allAfrica.com). To contact the copyright holder directly for corrections — or for permission to republish or make other authorized use of this material, click here.