Africa: A Refugee Crisis Plays Out as Horror in This Harrowing Film 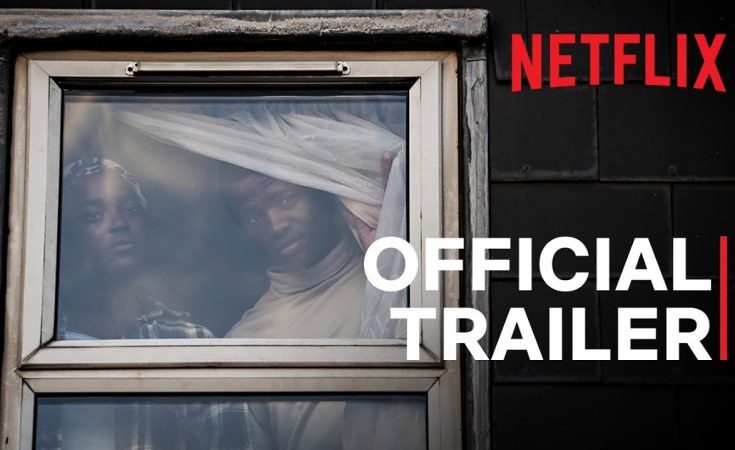 This Halloween, I decided to treat myself to a horror film on Netflix.

Don't know why I went with a movie that made me sleep with both of my eyes open, but it was worth it.

Each footstep you hear and the lurking shadows that disappear once the light is turned on will definitely scare the living daylights out of you.

The movie, His House, follows a South-Sudanese family, Bol (Sope Dirisu) and Rial (Wunmi Mosaku), seeking asylum in England after being on a harrowing journey from a country at war. They board an overloaded motorboat to make it across the rough seas and gusting winds. But though they survive the treacherous journey, their daughter Nyagak (Malaika Wakoli-Abigaba) and many others do not. The devastating loss of Nyagak has them filled with remorse. The film was directed and written by British filmmaker Remi Weekes.

After being detained for some months and going through Britain's brutal asylum processing, they're eventually released on probation. They're assigned to a social worker Mark (Matt Smith) who moves them to a dilapidated government house, infested with rats and bugs. In addition to the shabby house, they're plagued with rules, which include, a weekly allowance, but no permit to work, they can't have friends over, or move, or even have board games or they'd risk deportation.

As they try to settle and start a new life, evil starts lurking as they begin to hear footsteps around the house and whispers in the walls. They realise that they are not alone in their new surroundings. Unable to cope with the haunting, Bol punches holes in the walls and rip up the floorboards, trying to find the source of their terror. But Rial believes that a witch and vengeful forces have followed them.

The hauntings do not get any better and they're constantly having nightmares.

Through Rial's surreal memories, we are taken back to how they came to be in this situation. We witness the killings of her classmates and relatives after a militia attacked their village. Rial and Bol hid on a rooftop to avoid being slaughtered. They escape the rooftop and find a bus that is only taking children to safety. They realise that if they can't get on the bus, they will die. Bol takes a child from the crowd and claims her as his own, allowing him and Rial on board. As the bus is about to leave, the child's real mother sees that her daughter is on the bus, and chases after the bus, screaming for her child until she's gunned down by the approaching militia.

Then, they find a boat that is sailing to Europe. Unfortunately, the weather changed and the overcrowded boat couldn't handle the pressure, leading them to fail to save the child from drowning. The twist is that we thought that Rial and Bol were mourning their daughter but in fact, their grief is the guilt they feel for failing to protect a child that they selfishly used as a way to get to safety.  At first, we sympathize with them and then you realize that they may also be the villains.

However, the horror in the film is in many parts. Firstly the horror of seeking asylum in a hostile country, compounded by haunting by the vengeful spirits, They also face unfriendly neighbours, culture shock and the hatred by the country who doesn't value your existence as a human. The issue of xenophobia was clearly depicted when we see Black British teens tell Rial to "go back to Africa" after she asks them for help as well as a scene where a security guard keeps following Bol in a store. Sadly, this is a day to day experience for "black immigrants" in many countries. Many who are fleeing violence and persecution in their countries.

We also witness their desperation to fit into a culture that isn't your own. On one hand, we see a desperate Bol trying to fit in, even changing what he wears, how he eats, and bonding with the neighbors at the local pub. And on the other hand, Rial has difficulty adjusting to a new life but she doesn't change her values or forget her culture. She insists on sitting on the floor and eating using her hands. For them both, the only way to overcome their fears is to face them.

The topic of refugees and displacement is a touchy subject to many but I loved how the director Weekes uses the horror genre to capture the trauma refugees experience.

This film will definitely give you chills and send a tingle down your spine but also leave a lump in your throat. Definitely worth a watch.

South Sudan Opens Door for Kiir Second Term
Tagged:
Copyright © 2020 allAfrica.com. All rights reserved. Distributed by AllAfrica Global Media (allAfrica.com). To contact the copyright holder directly for corrections — or for permission to republish or make other authorized use of this material, click here.