A day after Ethiopian Prime Minister Dr. Abiy Ahmed Ali announced that federal government forces had taken full control of Mekelle, the capital of Tigray Regional State, following three weeks of fierce fighting against the Tigray People's Liberation Front (TPLF), he made an extraordinary speech to Parliament on the build-up to the war.

In the live televised speech, Abiy spoke of his frustrations during his premiership. He said ever since he had come to power, the National Intelligence and Security Service (NISS) had tried to intimidate him and undermine his leadership. The service was a "government within a government", he said, dominated by members of extended families of Tigray origin who were intent on protecting the power which the TPLF had exercised since Mengistu Haile Mariam's Derg regime was overthrown in 1991.

After the Derg was forced from power, the TPLF became part of a coalition of four regional state parties which ruled as part of the Ethiopian People's Revolutionary Democratic Front (EPRDF). But the Tigrayans were accused of introducing an ethnically-based federal political philosophy which made them de facto rulers who abused power, divided the country, allowed corruption and stifled freedom of expression.

For these among other reasons, a popular movement arose which brought about reforms and pushed the TPLF out of the central government in April 2018. As a consequence, the movement was forced to retreat to the Tigray Regional State, which lies on Ethiopia's northern border with Eritrea. The region is home to about seven million people, according to the Ethiopian National Statistics Bureau – about six percent of the country's total population.

However, despite the changes in the federal government, almost all posts in the intelligence and security services continued to be held by TPLF personnel dissatisfied with the reforms, Abiy told Parliament. About 55 percent of military officers were of Tigray origin, with between 80 and 100 percent of those in some crucial units coming from a similar background. This group was also heavily engaged in arming and training the regional special force camped in the Tigray region, he added.

One of Ethiopia's best-equipped and mechanized forces, the Ethiopian National Defence Force's Northern Command, has been based in the Tigray region for the past 20 years following the Ethiopian-Eritrean border war of 1998. Abiy told Parliament that when his government tried to pull the force out of Tigray after reaching a peace agreement with Eritrea in August 2019, the TPLF conspired with civilians in the region to resist the move.

Even if Prime Minister Abiy now claims he did not foresee the recent conflict, it has been clear for some time it was coming. What finally triggered war with the federal government on November 4 was the TPLF's desperate act of seeking to dismantle the Northern Command and confiscate its heavy weaponry. It is not clear whether the TPLF's ultimate intention in doing this was to reclaim power in Addis Ababa or to proclaim its own independent Tigray state.

Whatever the case, Abiy acted too late to save the Northern Command. The atrocities perpetuated on members of the force by Tigray's special forces and Tigray members of the central government's forces who support the TPLF are intolerable.

According to General Bacha Debele, who was called out of retirement by the Prime Minister to respond to the crisis, the federal forces were victims of surprise attacks while in highly vulnerable positions. Communications with and among the Northern Command were blocked and many military officials were stabbed to death or shot and killed.

Only when this happened did Abiy officially claim that the TPLF had crossed a "red line" and pledge to defend the "rule of law".

After fierce fighting against the TPLF's special forces, federal government soldiers entered Mekelle and took control of most of the Tigray's borders within three weeks. But fighting continues in other parts of the region.

Abiy's struggle for full control of Ethiopia has come at a huge cost with considerable bloodshed – for which he blames the TPLF. He has certainly now asserted control – but maintaining power in a highly-divided country in the aftermath of the conflict will involve another tough battle.

First and foremost, establishing new leadership in Tigray Regional State will not be an easy task. For the past 30 years the TPLF has claimed it has had the full support of the people of of the region, and for many years it had full control of the regional cabinet. Abiy's party has instituted a new cabinet for the region but its legitimacy is in question and how much support it will attract is unclear. Supported or not, its leadership will be backed by the military.

The postponement of national and regional elections due to be held on August 29 – due to the Covid-19 pandemic – is another potentially destabilizing factor. The polls were postponed for a year beyond the ruling party's five-year term, which almost created a constitutional crisis. In the meantime, the EPRDF coalition has reconstituted itself as the Prosperity Party while still in power, raising questions about its legality among many statesmen and opposition politicians.

Ethnic division is another issue Abiy needs to consider addressing ahead of the elections, which are now nine months away. Abiy had huge support in all parts of the country when he initially came to power. But in the past two-and-a-half years this mass support has deteriorated because of ethnic conflicts around the country. This is especially so in his base, the Oromia Regional State, the largest and most diverse in the country accounting for about 30 percent of the population.

In addition there are unresolved disputes over the borders of Tigray and Amhara regional states. Abiy seems to be trying disavow responsibility for these to avoid being blamed for any consequences. But if they are not dealt with, they will generate divisions within his Prosperity Party – his deputy, Demeke Mekonen, enthusiastically believes the western part of Tigray should be annexed by Amhara Regional State.

Abiy's successes so far in the war against the forces of the TPLF look for the time being as if they are helping him regain his popularity and mass support. But his position is highly fragile and he will need to approach every decision he faces with great caution.

Opposition politicians such as Lidetu Ayalew of the Ethiopian Democratic Party – who questioned the legality of postponing the election – are in jail, and the popular journalist and blogger, Eskinder Nega, has been arrested for challenging maladministration in Addis Ababa.

Despite these unresolved issues, Abiy promised free and fair elections in a meeting he held with opposition parties on December 3. But although the National Electoral Board of Ethiopia has set a provisional date of August 16, 2021, the issue of when and how to conduct the polls has – strangely – been put into question again.

It would not be be surprising if Prime Minister Abiy delays the election again in order to consolidate his power and ensure that he maintains full control. But this would raise suspicions that he is heading towards dictatorship.

Fasil Girma is an Ethiopian media professional and press freedom advocate who at present lives in the United States. 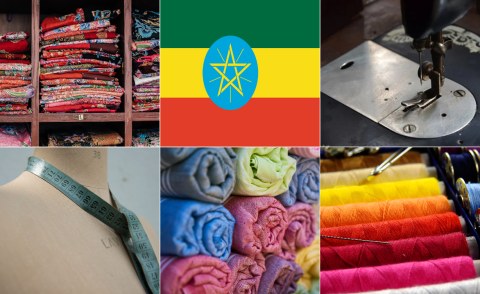 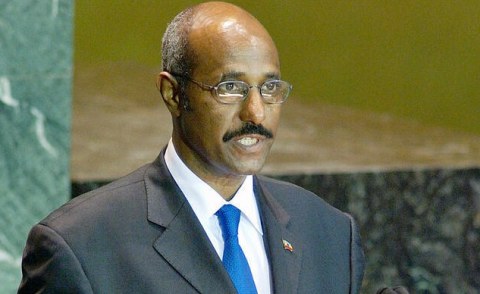 Sudan Accused of Stirring Hornet's Nest, Stealing Ethiopian Land
Tagged:
Copyright © 2020 allAfrica.com. All rights reserved. Distributed by AllAfrica Global Media (allAfrica.com). To contact the copyright holder directly for corrections — or for permission to republish or make other authorized use of this material, click here.