Africa: Americans of African Descent Must Be Considered For Assistant Secretary Of State For Africa 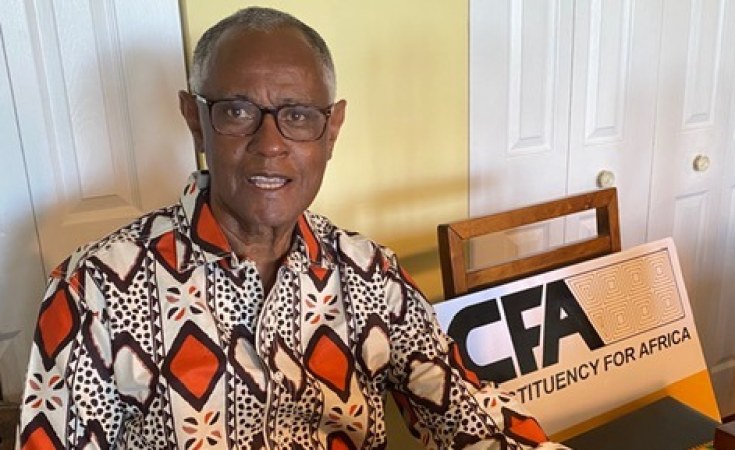 Washington, DC — The four years of the Trump Administration has severely damaged U.S. foreign policy in a variety of ways!  The framing of the Trump agenda as “America First”, has meant that the rest of the world, including Africa and the African world in the Caribbean and elsewhere, has suffered greatly!  “Black Lives” certainly did not matter much for the Trump Administration here in the U.S. or globally!

U.S. policy towards Africa, has also been severely damaged!  Early in his term, President Trump set the tone by completely denigrating African countries as, “xxxx hole countries”, with little or nothing to offer the world.  President Trump has waged war and has gutted the U.S. Foreign Policy establishment, including the State Department, the United States Agency for International Development, trade agencies, and other government entities that implement policies and programs in Africa and other regions of the world!

Perhaps worst of all is that President Trump removed all Black Ambassadors in Africa, with the exception of three, Ambassador Tulinabo Mushingi in Senegal,  Ambassador Natalie Brown in Uganda, and Ambassador Brian Nichols in Zimbabwe.  Many African-Americans and other Americans of African descent, who spent their careers in support of foreign policy, retired or were encouraged to leave the system during the Trump administration!

The Constituency for Africa (CFA), a Washington, DC policy advocacy organization, has effectively advocated since the early 90s, for the Assistant Secretary of State for African Affairs to be an African-American!  In 1993 Ambassador George E. Moose was appointed by President Bill Clinton, as the first African-American in history to hold this position!

All succeeding Assistant Secretaries for Africa were African-Americans, with the one exception of Ambassador Walter Kansteiner, who served as the Assistant Secretary for Africa in the administration of Republican George W. Bush, who appointed  General Colin Powell as the Secretary of State, and Condolezza Rice as the National Security Advisor!  The fact that General Powell and Dr. Rice are both Black, certainly left me with very little room to argue!

Other African-Americans who served in the position of Assistant Secretary for African Affairs since Ambassador Moose were:

President Trump appointed Ambassador Tibor Nagy, as his Assistant Secretary for African Affairs.  Ambassador Nagy, who is a Hungarian immigrant, is a pleasant enough guy, and reflected the Trump foreign policy, but really did little in the four years to advance any significant Africa policy agenda.

CFA’s President Melvin Foote, is urging the Biden/Harris Administration to consider an African-American or other Americans of African descent, to fill the position of Assistant Secretary of State for African Affairs.  Said Foote, “It is extremely important that the Biden/Harris Administration consider Black candidates for this critically important position at this point in time.

While the challenges domestically in dealing with COVID-19, will certainly occupy the energies of President Biden and Vice President Harris, it is very important that we as a country reach out to the continent, in a way that will rebuild confidence that the U.S. values partnership with Africa and with African people.”

Foote further stated, “It was very hard for me these past four years to look at the U.S. Ambassadorial corps in Africa in countries like, Ghana, South Africa, Namibia, the Democratic Republic of the Congo, Ethiopia, Kenya, Cote d’Ivoire, Nigeria, and most others – all with white U.S. Ambassadors!

Not only were the Ambassadors white -- and for sure there are plenty of white African experts with tremendous knowledge and deep passion for Africa -- but for the most part, Trump’s Ambassador Corps in Africa, were whites folks with little or no knowledge about Africa or the countries they were serving in, and little to contribute in terms of any serious policy agenda.

While the bench has pretty much been cleared of qualified Black candidates during the Trump administration, still there are a number of Blacks who could and should be at least considered.  My short list of possible candidates would include the following:

Now that the new Secretary of State, Honorable Antony Blinken has been confirmed by the Senate, those of us who follow Africa, will turn our attention to the important job of Assistant Secretary of State for African Affairs!

How Biden Can 'Build Back Better' U.S. Africa Policy

Next Story
Tagged:
Copyright © 2021 Constituency for Africa. All rights reserved. Distributed by AllAfrica Global Media (allAfrica.com). To contact the copyright holder directly for corrections — or for permission to republish or make other authorized use of this material, click here.