Africa: How Biden Can 'Build Back Better' U.S. Africa Policy 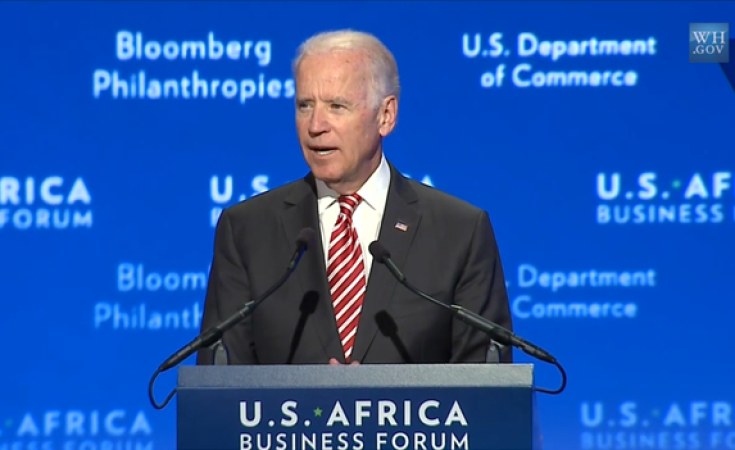 Washington, DC — The direction that President Joe Biden will give to the U.S.-Africa relationship will be highly scrutinized as he brings America’s diplomacy back to the global stage. Democracy and the economy are the two fundamental areas of cooperation that he can use to rebuild ties.

On U.S. efforts to advance democracy in Africa, two events over the past decade stand out. Speaking in Accra in 2009, President Barack Obama called “strong institutions” the foundation of democracy, as opposed to “strongmen” perpetuating presidencies for life. On the other hand, the U.S. intervention in Libya alongside its NATO allies in March 2011 displayed a “regime change” model in the name of democracy.

Against this backdrop, Africans wonder what policies Biden will adopt to promote democracy. The legitimate expectation is that he could build on Obama’s vision and support institution-building with concrete actions.

Africa rises or falls with the quality of institutions such as electoral commissions charged with the responsibility to arrange free and fair elections whose legitimacy is accepted. Since the continent opened up to multi-party systems in the 90s, institutions charged with the responsibility of entrenching democracy through such elections have been at the center of chaos and civil conflicts.

Last October, in Côte d’Ivoire and Guinea, disputes over electoral commissions and incumbent presidents’ bids for a third term spurred violence and left hundreds of casualties, open wounds, divided societies and the seeds of civil conflicts. Meanwhile in Mali, months-long protests over rigged legislative elections set the stage for a military coup in August 2020.

In such a context, the so-called “Independent Electoral Commission” has become the most consequential institution in all African countries. It is the one upon which all who want to strengthen and support democracy and contribute to the emergence of genuine transformational leaders should focus their attention.

For years now, the National Democratic Institute (NDI), the non-partisan body established by but independent of the U.S. government, has been the U.S. organization that supports electoral commissions across Africa with funding and capacity building. However, the Biden administration and all U.S. organizations should make a paradigm shift in their approach by providing U.S. financial assistance to electoral commissions and processes in Africa only on condition they are truly independent and meet international standards.

The experience of international financial institutions such as the International Monetary Fund (IMF) and the World Bank has shown that financial support works better if it is subject to institutional and economic reforms. Such reforms have achieved progress in many African countries, including in the business climate, the judiciary system, the financial sector, fiscal administration and debt management.

The same approach could generate similar outcomes in countries across the continent by endowing them with sound electoral institutions which exclude the appointment of political partisans as members. Indeed, the standard to which we should aspire should be non-partisan electoral institutions filled with people from civil society whose integrity is widely accepted. Absent such fundamental changes, elections will continue to be rigged and Africa’s development will be plagued by illegitimate presidents lingering for life.

The Biden administration and the NDI can set new rules that help level playing fields, end political violence, ensure long-term stability through free and fair elections and put democracy on a sound footing. Proactive action is needed ahead of presidential elections scheduled for many African countries between 2021 and 2025.

The economy is the second area in which the U.S. needs to change its rules of engagement, substituting a humanitarian aid-centered approach for an economic empowerment-centered strategy.

Although the government's US Agency for International Development (USAID) and American companies have been investing in, respectively, the development field and the private sector in Africa, their initiatives have been timid and humanitarian assistance still seems to dominate. In addition, the African Growth and Opportunity Act (Agoa), despite its positive impact on U.S.-Africa trade, especially in the first ten years of implementation, has not achieved its full potential partly because of the lack of economic diversification on the continent.

The U.S. Trade Representative’s June 2020 report on the implementation of the Agoa and related analyses by the U.S. Chamber of Commerce have highlighted declining exports from Agoa beneficiary countries to the U.S. This is mainly due to the collapse of oil prices in recent years; while oil and gas-related exports made up 92 percent of Agoa countries’ total exports to the U.S. in 2011, this figure declined to 60 percent in 2019.

The Biden administration should help diversify African exports by supporting the production of manufactured goods in Africa, thus filling a gap in the Agoa framework. Such an approach would leverage Africa’s productive capacity and industrialization potential in the same way as the Marshall Plan contributed to the economic revitalization of Western Europe after World War II.

Focus should be on building vibrant manufacturing and service sectors across the continent.

It is now clear that the Covid-19 crisis has upended an important part of the progress made by African countries over recent decades and highlighted long-standing weaknesses in the continent. The IMF projects that the region’s output will contract by 3 percent in 2020. Tourism-related activities have collapsed, social outcomes have worsened and debt vulnerabilities have risen across Africa.

However, countries with more diversified economies and sizable manufacturing sectors have been more resilient, appearing to weather the fallout from the pandemic better. This adds to the importance, beyond short-term recovery policies, of African countries and their partners adopting as their over-arching endeavor, policies which will diversify their economies and reduce their dependence on commodities. Industrialization is a do-or-die affair and should be the motto of every African leader!

The Biden administration does not need to reinvent the wheel to successfully assist Africa under a focus on economic empowerment. It needs only to emulate the key pillars of the Marshall Plan and focus on helping to build vibrant manufacturing and service sectors across the continent.

A winning strategy should also streamline current assistance, which is too fragmented. It needs to involve the U.S. Chamber of Commerce and African thinkers and policymakers in targeting economic sectors which have high potential and in which promising entrepreneurs are already active. To name a few, sectors such as agro-processing present big opportunities, while the potential of the ICT sector is yet to be fully unleashed.

U.S. economic engagement targeting Africa’s industrialization and the development of a thriving private sector is a win-win strategy for both parties. First, policies that create jobs and alleviate poverty will have lasting effects, promote American values and strategic interests in Africa. Second, in the face of competition from rising powers, the U.S. will create more opportunities for its goods and services in Africa’s large consumer market with a fast-growing middle class.

The launch on January 1 this year of official trading under the African Continental Free Trade Area (AfCFTA) agreement makes such an approach timely and pressing. It will leverage a 1.3 billion-people market, boost intra-regional trade and promote the development of value chains within the continent. As U.S. goods and services tap into a better organized trade area, Africa in turn will create more broadly based and diversified economies which generate more jobs.

Working towards the twin objective of focusing both on institutions and economies is a win-win strategy for Africa and its partners, starting with the United States. With these new rules in the democracy-economy continuum toolkit, the Biden administration has the opportunity to build back better U.S. foreign policy towards Africa.

Economist Koffi Alle, Senior Advisor to the IMF Executive Director for Africa, is a former Economic Advisor to the Minister of Economy and Finance of Côte d'Ivoire. He has over 20 years of development policymaking experience. Opinions expressed in this article are his own and do not represent the views of the IMF or its Executive Board. Follow him on Twitter @AlleKoffi.

Previous Story
Biden, Democracy, and Africa
Next Story
Americans of African Descent Must Be Considered For Assistant Secretary Of State For Africa