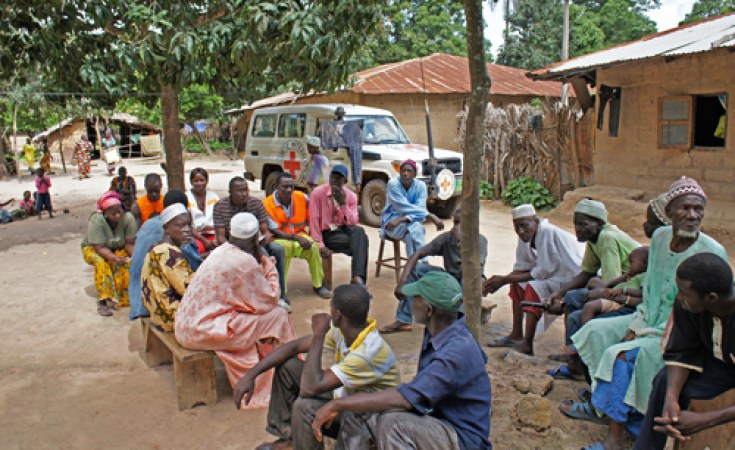 ICRC
Wangarang, Casamance, Senegal. A team from the ICRC and the Senegalese Red Cross present the mandate and activities of the two organizations to the villagers. This is a good time to explain in detail how the supplies will be divided up.
allAfrica.com
By Michael Tantoh

Operations to secure and restore state authority in the south of Ziguinchor which lasted for more than 10 days have enabled the Senegalese army to regain control of four major rebel strongholds hitherto held by the fighters of the Movement of Democratic Forces of Casamance (Mfdc). The army has started a vast security operation in the south of the department of Ziguinchor, in the border line with Guinea-Bissau on January 25. The military says they have four rebel bases since then.

These are  Badiong, Boussoloum, Bouman, in the forest of Blaz, but above all the historic bastion of Sikoune (long run by Compasse). The army say it destroyed several hectares of Indian hemp fields and recovered explosive ammunition. The military have assured the population that everything is under control and the villagers can come back to their homes. For more than 30 years, the populations of these border villages with Guinea-Bissau have been forced to leave these localities as a result of the conflict.

The military says one of the objectives of this operation was to allow the State to carry out its projects in these areas, With the rebel bases now destroyed, the military can now establish itself again at the level of the border with Guinea-Bissau, by creating military posts, in order to to control all unofficial crossing points through which illicit trafficking and all fraudulent goods pass. A sum of 100 million Frs has been earmarked for reconstruction of these areas.

Translated to English from Sud Quotidien