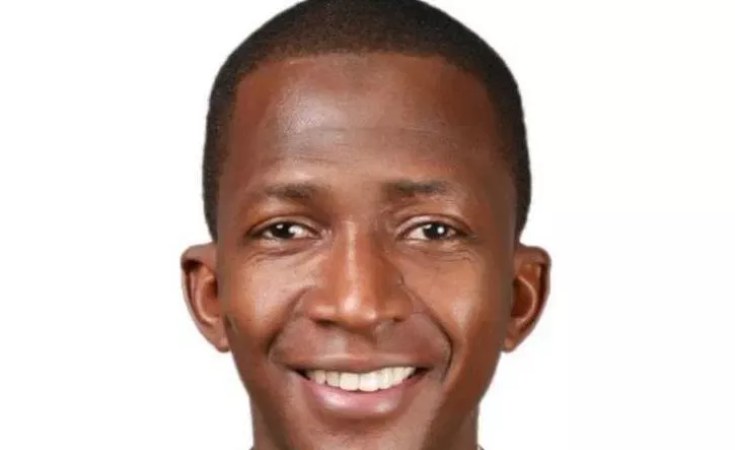 Abuja — With the appointment of Abdulrasheed Bawa, President Muhammadu Buhari may have finally found a magic wand to reinvigorate the Economic and Financial Crimes Commission (EFCC).

This is the view of many stakeholders following this week's announcement of a change of guard at iconic Tunde Idiagbon House, EFCC headquarters. The President's nomination of Bawa to lead the EFCC closes the door for embattled former chairman Ibrahim Magu, who hoped to return to the post following a dramatic suspension last year and investigation by a Judicial Commission of Inquiry led by Justice Ayo Salami.

EFCC came into being in 2003 as part of a national response to the challenge posed by the Financial Action Task Force on Money Laundering (FATF) which listed Nigeria as one of 23 countries non-cooperative in global efforts to fight money laundering.

In his 2015 campaign, Buhari anchored his promise to the nation around three key pillars - security, anti-corruption and economy.  Aside from the allegations of impropriety leveled against Magu that forced his removal, Buhari is said to want specialized agencies like EFCC to be run by core professionals who have undergone vigorous specialized training. All former chief executive officers of the commission - from Nuhu Ribadu to Farida Waziri to Ibrahim Lamorde to Magu - were seconded to the commission from the police.

Magu has the distinction of being the only chairman to have served more than five years in acting capacity. His serial re-nomination by Buhari - repeatedly rejected by the Senate, is said to have been the work of a powerful lobby within the ruling party that falsely alleged his confirmation was being stalled because he acted against then-Senate president Bukola Saraki.

At 40, Bawa brings youthful energy to the table, perhaps a signal that Buhari may be aware of growing popular clamor for more inclusiveness of younger Nigerians in the high ranks of governance. Bawa earned a Bachelor of Science degree in Economics and a Masters in International Affairs and Diplomacy from the Usman Danfodio University in 2012 and is currently studying for a Bachelor of Laws (LLB) degree at the University of London. More significant is that Bawa belongs to the select cadre of cadets who were mentored by Ribadu, widely acclaimed as the most impactful chairman of the anti-graft commission.

Since joining the EFCC in 2004 as Assistant Detective Superintendent, the chairman-designate has undergone specialized training in different parts of the world. He is a Certified Fraud Examiner (CFE) and Certified Anti-Money Laundering Specialist (CAMS), who also was trained by the Federal Bureau of Investigation (FBI) and Financial Crime Enforcement Network in the United States, as well as the World Bank, the United Nations Office of Drug and Crimes, the Nigeria Police Force, the Nigeria State Security Services, the EFCC Academy and United Kingdom’s Global Training Consulting.

With such top-notch credentials, it is clear that EFCC has finally come under the command of a young turk weaned on EFCC’s originating mandate to pursue a professional approach to fighting graft.

“By settling for someone who joined the commission as a greenhorn and has undergone rigorous training locally and internationally and has indeed risen through the ranks in the past seventeen years, the deduction one can make is that President Buhari is determined to do things differently this time in order to achieve a different outcome,” said Mr. Benjamin Anyaoku, a senior researcher at University of Abuja.

In his last posting as head of the largest EFCC zonal office - Lagos, with 604 officers - Bawa showed capacity and character. Under his watch, EFCC secured 227 convictions. Previously, he supervised the investigation of all cases in the Port Harcourt Zonal office in which a record 215 convictions were secured in eleven months, and he secured the forfeiture of hundreds of properties to the Federal Government.  While directing the investigation of cases in the Ibadan Zonal office, 113 were concluded and 54 were charged to court within 6 months.

Bawa was involved in the recovery of millions of dollars’ worth of properties belonging to former Minister of Petroleum Resources, Diezani Allison-Madueke and took part in the fraud cases involving a former Governor of Niger State, Dr. Muazu Babangida Aliyu.  In 2020, he received the EFCC Merit Award.

With Bawa, Nigerians can look forward to a reinvigorated EFFC.

John Oloruntoba is a security expert based in Abuja.

Previous Story
Magu Rejected Twice in 5 Years but Bawa Confirmed in a Week, Is This Senate Truly a Rubber Stamp?
Next Story
Abdulrasheed Bawa's Appointment As EFCC Chairman, a Plus to Anti-Corruption Fight

Magu Rejected Twice in 5 Years but Bawa Confirmed in a Week, Is This Senate Truly a Rubber Stamp?

Abdulrasheed Bawa's Appointment As EFCC Chairman, a Plus to Anti-Corruption Fight

Nigeria President Okays Suspension of Crimes Commission's Magu
Tagged:
Copyright © 2021 allAfrica.com. All rights reserved. Distributed by AllAfrica Global Media (allAfrica.com). To contact the copyright holder directly for corrections — or for permission to republish or make other authorized use of this material, click here.