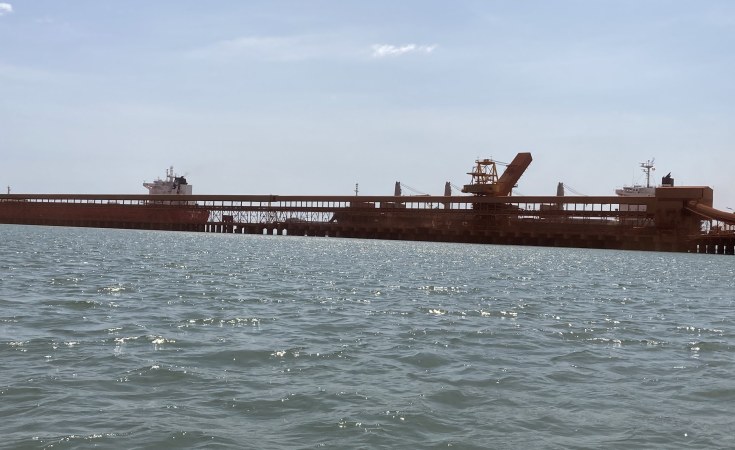 Africa has long suffered from underdevelopment, poverty, and disease. While the Americas, Europe, and certain parts of Asia have enjoyed the benefits of industrialization, digital economies, and healthcare, most of the vast continent of Africa has been left behind.

One of the clearest factors establishing this tragically stark demarcation line has been the lack of energy Africa has so desperately needed for decades. While Africa's need for energy is hardly a secret, putting together a feasible plan to bring the right kind of fuel to the continent has been an elusive goal for energy providers, financiers, and governments alike.

Guinea is blessed with large quantities of the world's most precious minerals and sought-after natural resources. President Conde has often commented that Guinea's unharnessed mineral resources are a scandal, reflecting his dismay at the lack of utilization of the extensive reserves found in his country. Unfortunately, for far too long, these resources have been harvested and exported as undervalued raw material, tragically preventing the Guinean people from fully enjoying the benefits of God's most generous gifts to Guinea.

The Guinea LNG Project was born three years ago out of the absolute necessity to break free from this vicious cycle with a mission to identify and develop a clean, reliable, and environmentally sustainable source of energy to power the Guinean economy and to help unlock the tremendous potential of the Guinean people. Recognizing the need to create greater beneficiation from its natural resources, the Guinean government decided to require the bauxite mining companies to process a portion of their bauxite production within the country as a condition of granting mining concessions.

This brought Guinea's energy problem into very clear focus. Guinea is the last nation in the world to allow unprocessed bauxite to be exported without any value addition.  The dilemma facing the government is how to legislate and insist on local value addition without providing an alternative energy source to mining companies that are proposing highly pollutant coal-fired power.

Alumina refineries are energy-intensive processing facilities which convert bauxite into alumina, a compound six time more valuable than the raw material. These facilities require a tremendous amount of power which Guinea does not currently have. Recently built hydroelectric plants do not have sufficient capacity to meet this demand. Furthermore, the seasonal nature of hydro-based power generation renders this option not suitable because the alumina refineries require year-around, uninterruptible power for the continuous processing cycle needed for alumina production.

The Guinea LNG Project is comprised of two main components—a receiving terminal at the Port of Kamsar, which is located in the heart of Guinea's bauxite region, and a comprehensive distribution network to transport the natural gas to end users. All target customers are located within a reasonable distance from the Terminal and are easily serviceable by various distribution modes including pipeline, barge, train, or power transmission lines.

In January 2020, West Africa LNG Group initiated a comprehensive Feasibility Study funded by the United States Trade and Development Agency (USTDA) to find the optimal site for an LNG receiving terminal and determine the best design and distribution techniques for the Guinea LNG Project. The Feasibility Study was completed in December 2020 with positive results across the entire evaluation spectrum confirming that the Project is technically and financially feasible and environmentally sustainable. Initial numbers suggest, in addition to being environmentally superior to its alternatives, that power generated by natural gas will be 20-25% cheaper than diesel and HFO and extremely competitive with coal, even before considering the disastrous environmental consequences. 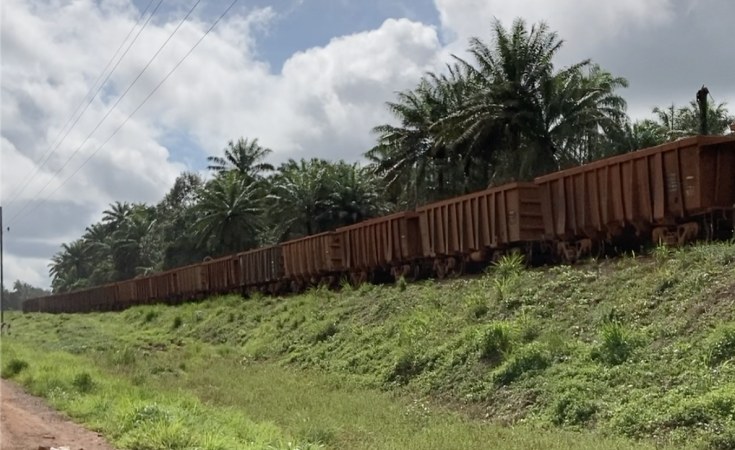 Guinea LNG Project
Raw bauxite being transported on rail cars to the Port of Kamsar to be exported.

With more than a half dozen highly-reputable and well-funded global bauxite companies in various stages of planning to build alumina refineries over the next 3–7 years, the total power demand within the close proximity of the Kamsar LNG Terminal is estimated to exceed 2,000 MWs within the next decade. Including other sectors of the Guinean economy with significant power demands—agriculture, transportation, construction and retail—the potential role natural gas can play in powering the country's industrial engine is almost limitless.

Abundantly available, environmentally friendly, and affordably priced, LNG is the optimal fuel for energy intensive sectors such as bauxite mining and alumina production. By using natural gas for their operational and power generation needs the bauxite mining industry in Guinea would enjoy substantially enhanced global competitiveness.  Moreover, as the project scales beyond bauxite and alumina, the wider use of natural gas will make the broader Guinean economy cleaner and more competitive in a number of sectors, including the transportation, industrial, and agricultural markets. Residential use will further eliminate the need for firewood and help curtail deforestation.

The Guinea LNG Project is well positioned to be successful as it provides a comprehensive three-pronged approach to solve the energy problem that has plagued the region for decades.

First, the innovative modular design allows the Project to be financially feasible at various demand levels. Although the initial contracted demand is expected to exceed 300 MWs, the Terminal can profitably operate at lesser throughputs. Second, West Africa LNG's Group management has decades of experience in the country, creating a network of relationships and local partnerships supported by project-specific conversations with all relevant stakeholders.

Finally, the timing is right. The world is realizing the true potential of the African continent, paying more attention to this part of the globe than ever before. The Development Finance Institutions (DFIs), international banks, and global investment funds are taking note of the attractive opportunities Africa has to offer, when sourced carefully and executed properly.

Guinea LNG Project is the right project for the right country at the right time. It provides a creatively structured technical solution needed to address a fundamentally transformational problem designed and executed by an experienced and capable team. Slated to be operational in mid-2023, the Kamsar LNG Terminal will serve all segments of the Guinean economy from mining to agriculture, from cooking gas to vehicle fuel, and become an integral part of the Guinean energy matrix before the end of this decade.

Guinea has a historic opportunity to become a beacon of light for the entire African continent as a forward-looking country that developed an energy infrastructure sufficient to fuel its growth in an environmentally sustainable manner, making sure that its children continue to grow up drinking the clean water and breathing the pristine air they currently enjoy. The Guinea LNG Project is Guinea's big break in finding a smart solution to solve its energy problem and create a natural-gas fueled economy to support its industrial, financial, and social development for decades to come.