Africa: How to Reach UHC Targets With 'Thinking Anew' After Covid-19 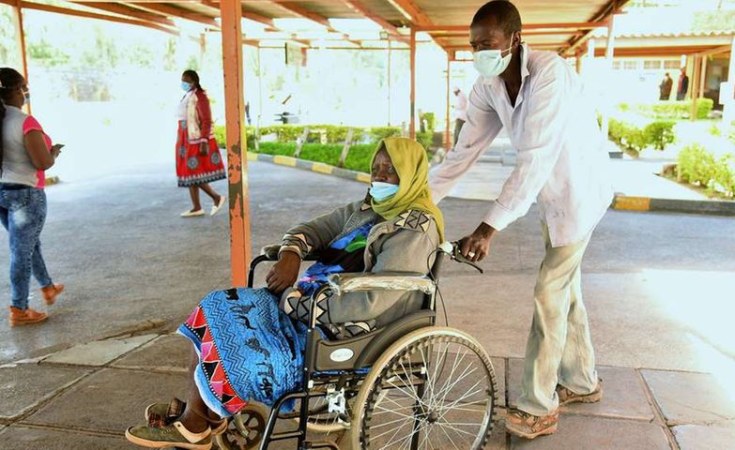 The independent Africa Health Agenda International Conference (AHAIC) Commission has unveiled the State of Universal Health Coverage (UHC) in Africa Report, a comprehensive document that maps the progress of African countries towards their UHC goals.

According to the report, Africa's health systems are not aimed at meeting the healthcare needs of the poor, the disabled, and other vulnerable groups, and coverage of essential health care services in Africa are decidedly low: only 48% of the population (about 615 million people) receives the healthcare services they need. The quality of healthcare services provided in African countries is also low and it is considered the poorest UHC performing indicator.

AllAfrica's Sethi Ncube interviewed Professor Francis Omaswa, one of the commissioners of the independent Africa Health Agenda International Conference's (AHAIC) Commission on the State of UHC in Africa, after he was part of the team that independently reviewed the continent's progress towards achievement of Universal Health Coverage targets by 2030.

This question is tricky because, in Africa, the private sector falls into different groups.

There's Private for-profit.
Faith-based – in some countries it provides 40–50% of health care.
Traditional medicine – a lot of people in Africa go to that private sector.
The un-informal sector, people selling drugs on the market - that one is also very strong.

I believe you are referring to the type of private sector which runs hospital services and so on, let's talk about that. It's important to have this big picture of the private sector in Africa being in most countries not developed as you think it as you may think it is.

Use of resources -  I  think the private sector has a closer eye on how much they spend.

Corruption by African governments is a key factor in delaying the piloting of UHC. Why does the report not stress this matter?

How can Africa exploit its vast sources of traditional medicine and knowledge to accelerate UHC progress?

There are many people who, now because no one has access to facilities because of Covid-19 thought out, so many people are using the various types of remedies to respond to Covid-19 at the moment. The African Union has a policy on traditional medicine and it needs to be advocated for more, it needs to be supported more and countries should legislate to legalise and give space for the traditional medicine sector to grow and that is really the direction we should be taking. Like now food, for example, traditional food is what we should be going back to not junk food of the West which leads to cardiovascular disease, strokes, and so on, so that's the topic we should try and get the African Union to popularise and to ensure that all countries have legislation which creates space for traditional medicine.

How do you think the continent can stop brain drain to avoid losing its large pool of well-trained and competent health professionals?

This is a big issue. Years ago I was the executive director of the Global Health Workforce Alliance and we were been able to create the WHO code on the International Recruitment of Health Personnel, which provides for countries to make bilateral or multilateral agreements to share health workers. There's a big shortage that is estimated to be reaching 18 million by 2030 and it is based on the fact that the rich countries in the North just don't have enough people not just for health care but even for their armies and other areas of the countries' economies. The code is the answer to this question so that Africa sees its young people, its health workers as resources which they can use to market and it also provides for people who migrate when they go there to be treated just like the local professionals because in some countries the doctor goes and practices as a nurse or even a cleaner and they don't get the same quality of services like the local people, so the answer is that code.

How well do you think the continent performed/is performing in dealing with the Covid-19 pandemic? Considering its lack of resources, demotivated health professionals, lack of adequate infrastructure, etc

Quite well I'd say, at the beginning even before cases occurred in countries many heads of state took this up, they instituted pro-active regulations, the lockdowns, and set up task forces and committees and it has helped Africa quite well. And also Africa has generally a young population and this has enabled the Africans to, whether the disease even if it is there the mortality has not been as high in other countries but still there are many people who have died of Covid-19 in Africa but compared to the rest of the world, we've done better but we should also note that we do not know the extent of the disease in Africa because we are not testing enough. We can always say that from what we know we've done better than the rest of the world because we started early and people obeyed those lockdown guidances from the governments but for sure we don't quite know what the situation is.

What policies does the independent Africa Health Agenda International Conference (AHAIC) Commission have to make sure that the African leaders are held accountable towards realising Health for All and accelerating progress towards UHC?

We have recommended a mindset change, a mindset change decolonising health in Africa. We started well immediately after we got independence but then things deteriorated and now with Sustainable Development Goals (SDGs), we should use SDGs and universal coverage as a new opportunity to make a new start where Africans are in charge, implementing locally generated solutions, locally from countries and also from communities. Unless communities are engaged we are not going to get the results on UHC that we are looking for so local solutions in every village - where are your water sources? How can we improve your water sources? Where is the nearest facility, how can bring it nearer, how well is it performing, how well can we make it perform better? Those are the governance issues, it is really about local ownership and a new mindset which also cares about people. Does anybody care? why are women still dying in childbirth in such large numbers? Where are the governments, where are the people also themselves, where are the health professionals themselves? So accountability and the new mindset is our recommendation for Africa to make a new beginning which will make it possible for us to achieve UHC.

How are countries doing in terms of achieving the UHC 2030 agenda - are we on course?

We are very off course and we are not going to achieve most of those targets unless something dramatic happens maybe as a catalyst from this commission report but a new mindset is needed and a new leadership direction is needed. Investment in health as a priority, as a social goal by countries, is not yet on. We need very strong advocacy and the evidence that investing in health has high economic returns is available now, we should latch on it, we should use it, but above all let's switch on the communities, let's switch on local people wherever they live, their health is also their business it's not the business of the government alone.

How has Covid-19 impacted or worsened the situation when it comes to UHC in Africa?

The pandemic has been a disaster for the whole world and for Africa as well, economies have shrunk and that is where the money should be coming from to invest in UHC, and also development assistance is going to get less but it is also looking at the positive side. If we take it as a wake-up call and start that mindset change agenda then that will be a benefit we would have got from Covid-19. But largely Covid-19 has left the hole in the economies in Africa worse than before and the same has happened in the rest of the world, so it's going to be a difficult beginning but it's an opportunity for thinking anew.