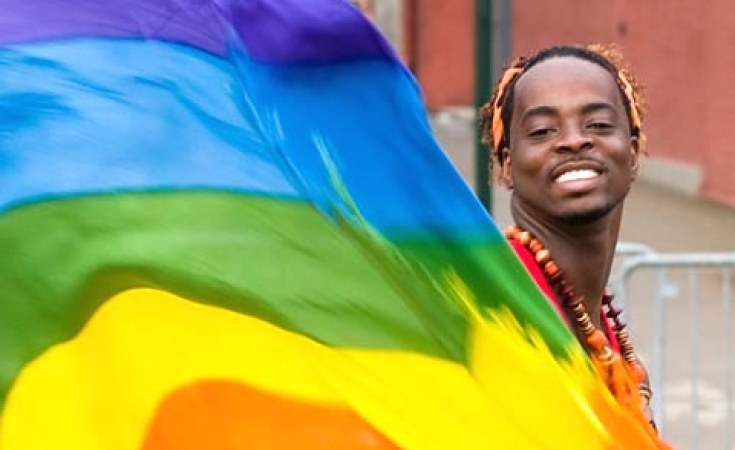 Yaounde — Human Rights Watch said in a report this week that LGBTQ people are suffering a fresh wave of persecution in Cameroon, where same-sex relations are illegal.

The group said in February, police detained 12 youths in the eastern town of Bertoua for homosexuality, beat them and locked them in a police station.

They were released the same day without charge.

In the western town of Bafoussam, the rights group said police detained 13 people, including seven staff of Colibri, a group that provides HIV prevention and treatment.

It comes as two transgender women, one a social media celebrity, face up to five years in prison when they appear in a Cameroon court on April 26.

Douala police detained Loic Njeukam, known as Shakiro, and Roland Mouth in February for wearing women's clothing while eating at a restaurant.

They pleaded not guilty to a charge of attempted homosexuality.

Tamfu Richard, one of their lawyers, said, "The Cameroonian penal code is very severe on same sex orientations. That is why you see LGBT persons in Cameroon face this abuse of their rights and they have to be in hiding for fear of being faced with the repression of the justice system. The tracking of LGBT persons is on the rise. A lot of people are being dragged before the court over offenses of homosexuality and public indecency."

Cameroonian police and officials declined to comment when asked about the increasing attacks on LGBTQs.

Despite slow acceptance in parts of the continent, many Africans see homosexuality as a Western import.

Homosexual sex is illegal in more than half of sub-Saharan African countries.

But activists, like Human Rights Watch's Allegrozzi, point out that being an LGBTQ person is not.

"We ask the government to decriminalize same-sex conduct and repeal the law, which currently not only violates the Cameroonian constitution but also international law," Allegrozzi said.

Human Rights Watch said it shared its findings with Cameroon's government in a letter March 25 and requested answers to specific questions. Cameroonian officials have yet to respond.

Previous Story
Threat On Transgender People and Their Defenders Following the Assault On Three of Them
Next Story
Wave of Arrests, Abuse Against LGBT People - Human Rights Watch