Senegal Has A Law Criminalizing Slavery - Here Is Why That Matters 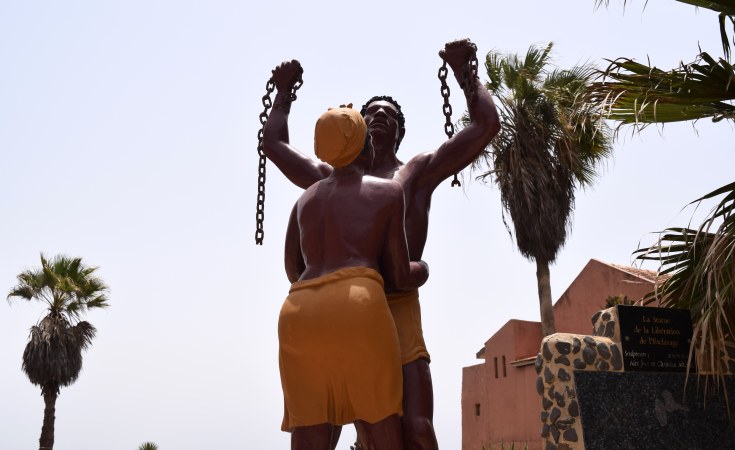 Florentio / Iwaria
Goré island, off the coast of Dakar, was - according to Unesco - largest slave trading center on the African coast from the the 15th to the 19th century.
allAfrica.com
guest column By Coumba Toure and Mohammed Lamin Saidykhan

Dakar — It has been eleven years since Senegal's National Assembly passed a law declaring the Atlantic slave trade and the enslavement of African people a crime against humanity. The law passed by the Senegalese Senate on April 27th not only recognizes slavery as a crime, but it also requires that the history of slavery be taught in schools.

One of the articles of the law designates the 27th of April as a day for Senegal to commemorate the criminalization of slavery.

To this date, Senegal is the only African country that has voted for such a law criminalizing this appalling act in human history and dared to call it a crime against humanity. The city of Dakar has been organizing events for the past three years on April 27th and there is support for local organizations as well as those from the diaspora to push for the abolition of slavery by France's second republic, and at the time be applicable to its colonies around the world. It is estimated that twenty-two million people were from the African World between 1500 and 1888.

Today with the in-depth work of scholars like Andrew Kahn and Jamelle Bouie, the world now has a reconstitution of historical facts and a more accurate visualization of the trans-Atlantic slave trade. According to Kahn and Bouie, there were 20,528 voyages made during the Transatlantic slave trade over a period covering 315 years, with millions of Africans sold into slavery.

The numbers provided in Kahn and Bouie's findings do not reflect the depth of this horrendous commerce, as some historians estimate that for every person sold, ten other people died or disappeared. But their research gives a more detailed account of the registered boats, the names of ship captains, and the number of people held on these ships.

To shed more light on the devastating impact of the Atlantic slave trade on black people, anthropologist and African studies scholar Marimba Ani has coined the term Maafa, a Swahili word for "terrible occurrence or tragedy".

The actual number of people who died during captures, in wars, the razzias, coupled with the destruction of traditional social and governing structures to facilitate the crimes of colonization, and even today the crimes of neo-colonization, have yet to be fully evaluated. This historical Maafa profoundly reshaped global culture, made Africa one of the less populated continents and left far too many Africans traumatized and impoverished for generations.

Slavery was an economic system rooted in racism. Although slavery legally ended long ago, the horrors of racism remain firmly in place. It is urgent to combat racism today, recognizing that the same racism killed George Floyd and Breonna Taylor; the same racism still drives the mass incarceration of African Americans; the same racism disproportionately kills black people from COVID in Brazil, the same racism allows modern western nations to prop up dictators who do their bidding on the African continent.

The racism allowed for the killing of African liberation heroes like Patrice Lumumba and Thomas Sankara. Even today, that same racism rigs the rules of global finance, regulates interactions and commerce at the World Trade Organization (WTO) and dictates the economic models pushed by the World Bank on the African continent. It is the same racism that values money for debt servicing over the lives of the women giving birth on the continent, the same racism that is preventing medical companies from sharing the patent of the Covid-19 vaccine so that developing countries across Africa can have equitable access to life-saving treatment. It is important to tackle racism -- one of the most profound roots of the negation of the humanity of Africans and black people around the world.

On this April 27th we urge the world to join Senegal in uprooting the racist vestiges of slavery. Let us work to pass legislation that truly liberates black lives. Beyond legislation, we have the opportunity to rewrite history by acknowledging that slavery deprived millions of Africans of their dignity and made their countries vulnerable to exploitation by Western powers who continue to benefit from colonial and neo-colonial pursuits.

It is time to teach all children about the true history and to set a plan to repair the economic, social and cultural damages caused by slavery.

Today Africans Rising for Peace Justice and Dignity, a movement building solidarity among Africans on the continent and in the diaspora, aims to rewrite history and push for change. While we are determined to build a future for all Africans, we recognize the urgency of the "Legacy of Memories".

It starts by bringing back historical facts such as Africa being the cradle of humanity and Africans as the first people to start civilization. Join us for our largest annual mobilization on May 25th, African Liberation Day and connect with African activists and movements across the globe as we come together in solidarity to explore the theme of "Pan-Africanism in the 21st Century: Our Health, Our Rights, Our Future."

Coumba Toure and Mohammed Lamin Saidykhan are Senegal based Co-Coordinators of Africans Rising for Justice, Peace, and Dignity

Portugal Confronts Its Role in the Trans-Atlantic Slave Trade 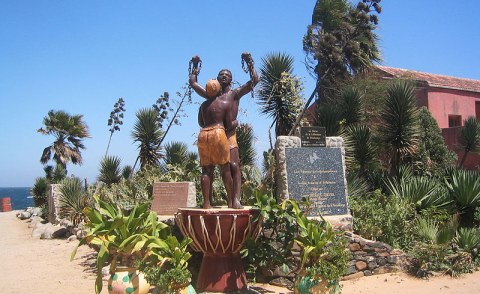 Why Criminalizing Slavery in Senegal Matters
Tagged:
Copyright © 2021 allAfrica.com. All rights reserved. Distributed by AllAfrica Global Media (allAfrica.com). To contact the copyright holder directly for corrections — or for permission to republish or make other authorized use of this material, click here.