The National Prosecuting Authority has tweeted a press release announcing a request to Interpol for assistance in the execution of arrest warrants for Atul and Rajesh Gupta, their wives, and a number of their business associates.

The Gupta brothers have allegedly expanded their business interests through their alleged close ties with former South African president Jacob Zuma. Zuma has been accused of having "sold executive power" to the controversial family whose ties to high-ranking officials have been examined in the Zondo Commission of Inquiry's probe into alleged state capture.

Hundreds of Millions in Gupta Assets Seized by Investigators 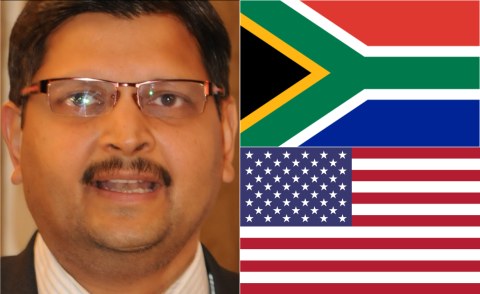 U.S. Treasury Sanctions Gupta Family Over 'Ill-Gotten Gains'
Tagged:
Copyright © 2021 allAfrica.com. All rights reserved. Distributed by AllAfrica Global Media (allAfrica.com). To contact the copyright holder directly for corrections — or for permission to republish or make other authorized use of this material, click here.