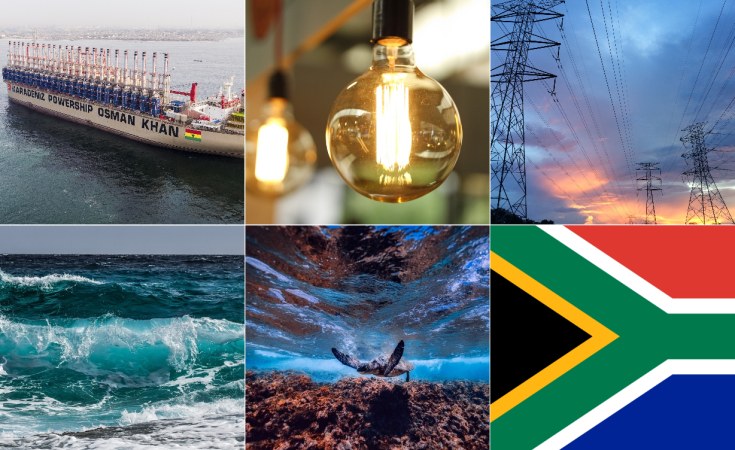 Cape Town — The public utility which supplies the vast majority of South Africa's electricity, Eskom, is the biggest polluter on the continent, according to a local non-governmental organisation.

In the past decade, Eskom has been besieged with financial and infrastructural difficulties that have cost the South African economy billions. Research from the Efficient Group estimates that the utility's woes have resulted in a reduction in GDP by 0.30% during 2019, roughly the equivalent of U.S. $617 million.

The parastatal is in dire need of transformation, not only in terms of economic turnaround but also to move from its reliance on its most fundamental resource: coal. South Africa's greenhouse emissions in 2015 totaled 512 million tonnes of carbon dioxide, an increase of 20% over the figure of 426 million in 2000, the government said in a 2019 report to UN Climate Change.

The power utility has an "aspirational vision" of producing net-zero emissions by 2050, in accordance with a government announcement in February 2020 that set the goal. The government aims to boost the shift to renewable energy through partnerships with private companies via the Renewable Energy Independent Power Producer (REIPP) scheme, which has secured investment of more than $15 billion.

According to Earth.org, this vision is in line with the Paris Agreement's recommendation that nations develop long-term strategies to tackle climate change. However, the ability of Eskom itself to contribute has been hampered by the embattled utility's own critical levels of debt, amounting to $29 billion.

In March 2021, Eskom Group Chief Executive André de Ruyter told the South African parliament's Portfolio Committee on Mineral Resources and Energy that the utility is very much aware of the negative environmental impact of some of its operations, particularly their emissions and the water use of coal-fired power stations. In light of this and its debt, Eskom announced plans in November 2020 which include to repurposing its coal plants to renewable energy facilities, the utility told Canada's BNN Bloomberg.

The intention is to enable the mass roll-out of renewables, although the utility qualified this by saying that due to the unpredictable nature of technological advancement, "the 'net' in the net-zero target means that we will still have residual emissions over the coming years as we work towards de-carbonizing the grid."

How Eskom needs to transform

On May 25, the CJC launched a booklet as part of the Green New Eskom campaign. The document lists a number of changes the power utility needs to incorporate. Among them:

Activists speak on how Eskom needs to change

Francina Nkosi from the Waterberg Women's Advocacy Organisation spoke during the webinar launch of the booklet. "With Eskom," she said, "there is less community participation and with this campaign, we're demanding our rights and we're claiming our rights because it's a bottom-up approach of saying we need to have a just transition". Using farming as an example of how communities are adversely affected by pollution, she emphasised that it is people who suffer most from climate change and said it is not sustainable for the government to continue using coal.

Activists from the coalition highlighted why Eskom cannot be allowed to die and instead needs to transform from a national burden to a national asset and a force for climate and energy justice. Activists drew on the Green New Eskom booklet and multiple studies to show how transforming Eskom and pursuing renewable energy can ensure greater economic growth and job creation, while reducing pollution and climate change. One of the biggest obstacles to change, however, is the Department of Mineral Resources and Energy (DMRE).

Alex Lenferna, 350Africa.org campaigner and secretary of the Climate Justice Coalition said: "In South Africa, and across pretty much the whole world, renewables are now our cheapest most affordable energy source and so it's quite clear that this should be our energy future. Instead, we have the likes of the Department of Mineral Resources and Energy (DMRE) rigging our energy plan, the integrated resource plan, to force in new coal, to force in a lot of new fossil gas."  Not only has the DMRE corruptly pursued expensive and polluting energy projects but it has also repeatedly refused to listen to community voices demanding change.

Nkanyiso Mthombeni from the Newcastle Environmental Justice Alliance, said: "The issues around DMRE have been problematic and we have experienced a lot of pressure when we are trying to engage with that department. They seem to be pro-mining and carrying the pre-approved agenda of the mining industry to some extent that whenever we engage with the mines we know that DMRE will be on their side."

Activists called on all South Africans to get involved in the Green New Eskom campaign, to help spread the word, protest, and take action.

Mantashe Has Left South African Independent Power Producers Out in the Cold, and We're Giving Up