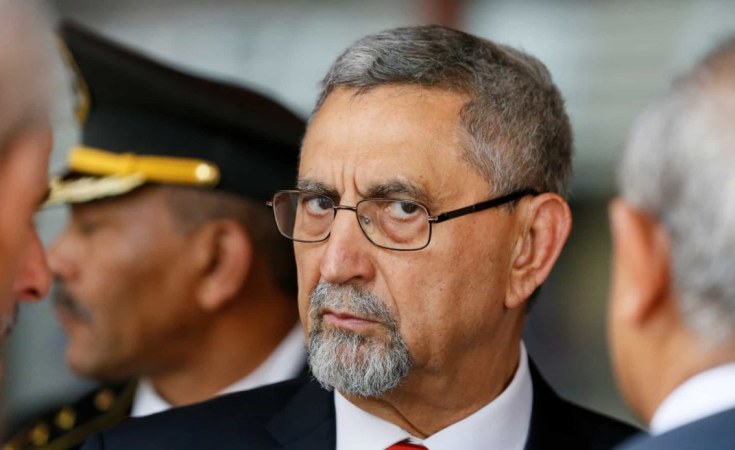 Geostrategics Partners
Jorge Carlos Fonseca is a career politician, lawyer and also a university professor. He was Minister of Foreign Affairs from 1991 to 1993.
Content from our Premium Partner
AllAfrica InfoWire (Washington, DC)
opinion

On this same day, back in Cape Verde, a 49 year old Venezuelan diplomat will be spending his 369th day unlawfully arrested and illegally detained on the island of Sal.

This diplomat, His Excellency Ambassador Alex Nain Saab Morán, was unlawfully arrested on the 12th June 2020 in response to an alleged Red Notice issued by the International Criminal Police Organisation (Interpol) at the request of the United States. Alex Saab was on an humanitarian Special Mission from Venezuela to Iran and only stopped for a technical refuelling stop in Cape Verde. To this day no arrest warrant has been presented and it later averred that the Interpol notice, since withdrawn, was only issued after the arrest of HE Ambassador Alex Saab.

The Interpol Notice was based on politically motivated charges by the US authorities to put an end to Ambassador Saab’s support of the Venezuelan authorities through his humanitarian work to bring much needed basic foodstuffs and medicines to the people of Venezuela. The same charges of money laundering were recently dropped by the Geneva Public Prosecutor after a three year long investigation in Geneva.

It is clear that the grounds and motives for H.E. Alex Saab’s arrest are driven purely by politics and that this individual, who has diplomatic immunity, is caught in the crossfire of US extraterritorial judicial overreach coupled with a visceral hatred of the regimes in Iran and Venezuela.

When according this honorary doctorate, President Fonseca is recognised for being “an outstanding statesman and distinguished jurist.” The document also goes on to states that “in the political field, President Fonseca stands out for his long action in defence of the independence of the peoples, first and foremost of the people of Cabo Verde, of democracy and international cooperation, with the main objectives of promoting peace and good-being of the populations.”

These are not the traits or characteristics of the President Fonseca we have seen in action this past year. The government of Cape Verde, under the presidency of President Fonseca has time and again ignored and violated court orders and international charters.

As a diplomat Ambassador Alex Saab benefits from diplomatic immunity. Cape Verde is also part of the Economic Community of West African States (ECOWAS) and as such has signed up to adhere to that Economic Region’s laws, rules and regulation. When the region’s highest Human Rights Court, the Ecowas Community Court of Justice ruled on 15 March that Ambassador Saab’s detention was unlawful, that the extradition process against him be discontinue, that he should be immediately released and be compensated for the suffering that had been caused to him, the government of Cape Verde acted in open defiance of the binding rulings and refused to comply.

This is the equivalent Portugal blatantly ignoring the laws of the European Union and its courts and complying with the whims of the United States. In other words Cape Verde has become a vassal state.

A recent article by Daniel Friedman, a former United States attorney and government adviser, has also written that if Alex Saab potentially faces a sentence of 160 years in prison. This 160 years would amount to a whole life sentence, equivalent to the death penalty, and thus under Cape Verde’s constitutions make it impossible for Alex Saab to be extradited.

It is only through someone’s actions, rather than his words, that true honour should be bestowed.

If President Fonseca is to be honoured with a PhD Honoris Causa, then the least we expect is to act like the man of law, justice and of the people he is presumed to be.