Africa: Can Tobacco Harm Reduction Make its Way Out of Controversy? 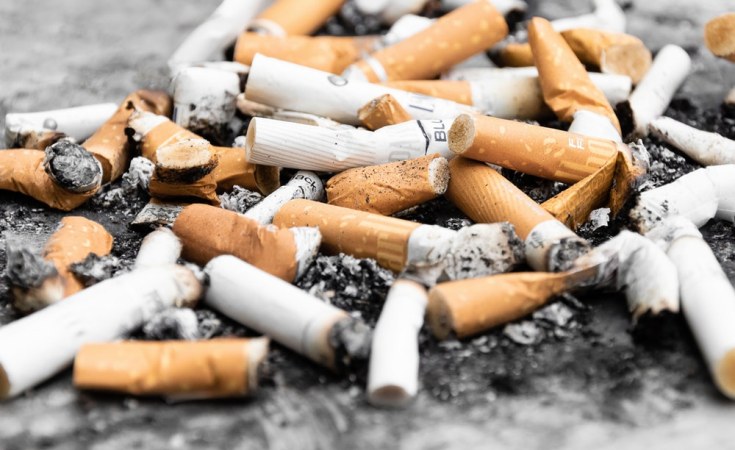 The Global Forum on Nicotine (GFN) took place in Liverpool on June 17th and 18th, 2021. It was the eighth edition of the conference, themed "The future for nicotine". Speakers and panelists from all over the world were invited to discuss safer nicotine use and tobacco harm reduction.

Tobacco harm reduction is known as a public health strategy to reduce health risks and diseases related to tobacco. Its principle relies on the fact that a large number of smokers who want to quit fail to succeed. Thereby, alternatives have emerged these lasts years, notably innovative ones such as electronic cigarettes and heated tobacco. Tobacco harm reduction is viewed by those who advocate for it, as a pragmatic approach to reducing the harm of smoking related disease and thus, saving millions of lives. Nevertheless, these products, marketed by the tobacco industry, fail to be globally credible as strong controversy around them has arisen.

In fact, strong opponents to these alternatives argue that they are not a 100% reliable in fighting efficiently tobacco related diseases and accuse them of being interested in making profit.  Influential philanthropic organizations, the World Health Organization and national regulators are among the tenacious adversaries of it.

Jonathan Fell is a founder of Ash Park. He works on long-term, high-quality investments in the fast-moving consumer goods industry, including the tobacco sector. For him, it is clearly counterproductive to caricature the tobacco industry: "Does the discourse over the tobacco industry especially its portrayal of cartoon villain "big tobacco" hold back the cause of tobacco harm reduction? Yes, it erects a barrier to dialogue and an excuse for failing to understand these companies".

For him, it doesn't have to be profit against health. Both can coexist if saving lives and promoting public health is the more important thing:
"The critical thing to note is that investors really do care. This is maybe slightly over simplified, but the market is putting a much high evaluation on companies that are making that transition away from combustible products. And of course, the companies and their executives notice that too and it is reflected in the incentive plans of a couple of them, PMI (Philip Morris International) and BAT (British American Tobacco)… Philip Morris International generated nearly 30% of its revenues from non-combustible products in the most recent quarter. It was under 1% five years ago. It aims to get to 50% by 2025."

He insisted in warning about the risks for public health to maintain this discomfort. Whereas a "working together environment" may allow a better connection with consumers as well as access to a massive amount of expertise and scientific information.

David Sweanor is the chair of the advisory board of the Centre for Health Law, Policy & Ethics at the University of Ottawa in Canada. He has been actively involved in tobacco and health policy issues since the beginning of the 1980s.  He corroborated Jonathan Fell's demonstration: "A large number of consumers are willing to move to these products and ultimately if you want to win in regulation and politics, in courtroom litigation, you need to have a realistic view of your opponent. And this caricature of the industry is not very effective"

He also made himself clear about Low and Middle Income Countries (LMICs)  and tobacco harm reduction: "The easiest way to incentivize companies to do more (in LMIC) is simply to stop banning the alternatives. A country like India decides to ban the alternatives but WHO gives them no word for doing it. So, there is tremendous potential in all these markets and anybody who thinks that new technology cannot be acceptable in LMICs should take a look at what happened with smartphones. I mean, it will work, just take away the bans and give them an incentive for people to move in that direction."

He is not the one who thinks that LMICs get left behind when it comes to tobacco harm reduction where obstacles to promote it as a public health alternative, are very specific.

Sree Sucharita is a Professor in Department of Community Medicine and Research Co-ordinator at Tagore Medical College and Hospital Chennai in India: "The first and foremost obstacle to Tobacco Harm Reduction in our country is the lack of political will in articulating it in national policy and realizing its potential in a country like India with almost 300 million tobacco users. Followed by other challenges like the lack of awareness about Tobacco Harm Reduction. Coming to the masses, the opportunity is lost in educating other folks about the options available to them."

Joseph Magero, from Kenya, is the chairman for the Campaign for Safer Alternatives, a regional organization that advocates for the adoption of tobacco harm reduction policies in Africa: "The first challenge that we have is affordability of safer nicotine products. The second challenge we have is inadequate policies support which are driven by misinformation and a lack of research. There is simply no research on these products here and on the continent. The third challenge is the lack of support from the World Health Organization's FCTC (Framework Convention on Tobacco Control)".

Dr Sudhanshu Patwardhan, a British-Indian, is a medical doctor who co-founded the Centre for Health Research and Education (CHRE) in 2019. The center accounts for over 50 medical and public health experts who work on tobacco harm reduction projects in the UK and South Asia, addressing the unmet needs of the most disadvantaged tobacco users:
"80% of consumers of risky tobacco products live in LMICs. So, we should not forget that there is a need to accelerate the delivery of tobacco cessation solutions to those who have not yet been made aware of the products that can help them live healthier and longer lives. There is a whole gap that needs to be plugged."
According to WHO, the number of tobacco users in Africa increased to 73 million in 2018 from 64 million adult users in 2000.