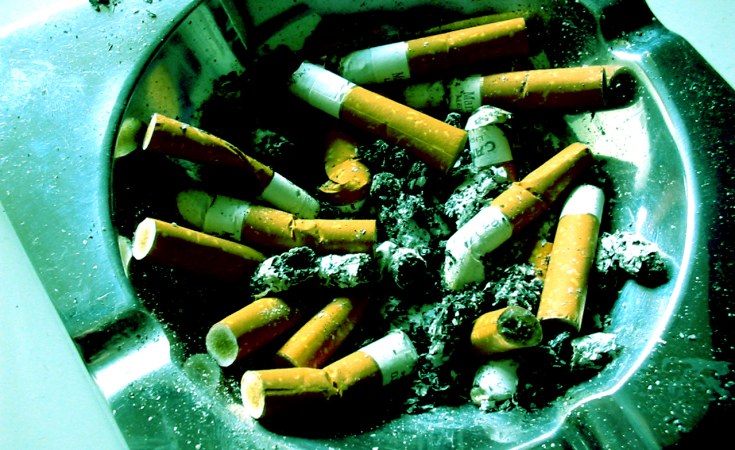 stock.xchng
Cigarettes in an ashtray.
allAfrica.com
By Marie Camara

The latest Global State of Tobacco Harm Reduction report was launched on October 27th, 2021. Titled: “ Fighting the last war: the WHO and International Tobacco Control , its release comes ahead of the forthcoming Conference of the Parties (COP 9).

The “Fighting the Last War” report challenges the direction of evolution of the World Health Organization’s Framework Convention on Tobacco Control (FCTC). This 2005 international treaty aimed at reducing tobacco related diseases. Nevertheless, for many, it is no longer suited for the present international public health context. Worse, it prevents other innovative and scientifically proven solutions from opening doors for consumers who are not quitting.

“So how did the international tobacco control establishment react towards a manifest failing policy? In the interest of global public health, a sensible and pragmatic response would be to take seriously the opportunities offered by the advent of safer nicotine products which now are backed by a large body of independent evidence showing that they are substantially safer than smoking. These products help current smokers to switch away from smoking and offering little risk to bystanders. So if you actually want to help smokers, that’s what you do. Especially as the WHO admits that the weakest bit of the whole Mpower program is the “O” bit which is “Offering help to smokers” where they admit that 70% of smokers actually have no access to helping services”.

For him, in the fight to efficiently reduce the prevalence of tobacco related diseases, no one should be left aside, including tobacco manufacturers:

“There shouldn’t be any battle lines. In the debate about climate change everyone is part of the solution including oil energy and mining companies as well as environmental groups.  What we need now in the tobacco control agenda is for all the stakeholders to have a say at the table including industry and consumers working together to preside over the dying embers of combustion and not allow tobacco control theocracy to continue adding fuel to flames over the new war against nicotine”

Derek Yach corroborated what Harry Shapiro said by drawing a parallel to the internal combustion engines debate.  He is a Global Public Health advocate. Throughout his career, he has supported and led smoking cessation research and policy development and has been a strong proponent of harm-reduction policies, calling for a greater emphasis on harm reduction as early as 2005.

For him, it doesn’t make any sense to exclude the tobacco industry from the equation when it comes to public health:

“You have President Xi of China saying he wants to end the sale of internal combustion engines, I think he said within a decade. You have President Biden making similar comments about where he wants the US to be 15 years from now. Of course, China can do it a by control and the US has got to stimulate market forces. However, what are the companies doing? Many of them are way upfront. If you look at Swedish Match getting 40% of their revenues from reduced risks products, Philip Morris International (PMI) is now at 30% and British American Tobacco (BAT) is at 12%.  That’s a pretty good start from zero not too long ago. Why aren’t we getting out there and saying they are the equivalent of Ford and General Motors and Volvo all saying we want to end the internal combustion engines. Governments need to adjust their regulations to make it easier for consumers to buy these products.”

Those consumers are mainly concerned about tobacco harm reduction and yet they are still excluded from the discussions. Tom Gleeson was a heavy smoker. He first discovered e-cigarettes in 2011 and switched within few days.  He soon realised that his voice and those of others who had switched wasn’t being heard by regulators, so he decided to get involved in tobacco harm reduction advocacy through the New Nicotine Alliance Ireland:

“If we accept that the right to health is a right that enhances human dignity over time, we must prioritize interventions most likely to increase the autonomy of the least able to achieve outside help. Harm reduction will probably not be the magic bullet to end tobacco related mortality and morbidity, but it can be a synergetic complement to other tobacco control measures.”

“The war on tobacco is never ending. And those opposed to harm reduction still attempt to restrict safer nicotine products and stifle the progress we’ve made. We must tell people about what we do, who we are and why we do it. We must unite and support each other. We must let the regulators and the legislators know that we will not be excluded. They may ignore us but we will not be silent. We cannot let them forget that this is about us, about our health, our choices and our lives”

LMICs have largely ratified the WHO FCTC in 2005. However the number of smokers has never been higher. Around 1.1 billion people aged 15 and over smoke around the world, with 80% living in LMICs where economic, social and health challenges are the heaviest. “By 2030, it is estimated that tens of millions of people in those countries would have died from tobacco consumption related illnesses. The majority of child deaths from second-hand smoke also occur in Africa and South-East Asian alone” according to the NGO “Action on Smoking and Health”

Previous Story
Is the World Health Organization Slowing Down the Efforts to Reduce Tobacco Harm?
Next Story
Can Tobacco Harm Reduction Make its Way Out of Controversy?

Is the World Health Organization Slowing Down the Efforts to Reduce Tobacco Harm?

Can Tobacco Harm Reduction Make its Way Out of Controversy?