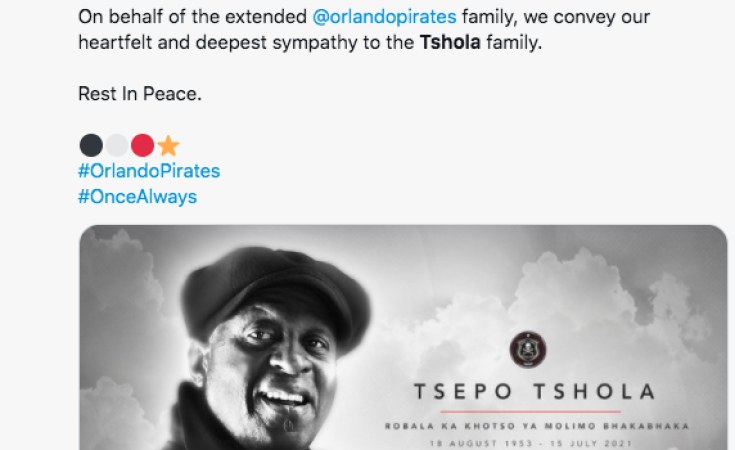 Cape Town — The country is saddened by news of the passing of Lesotho-born jazz musician and songwriter Tsepo Tshola, popularly known as the Village Pope.

The 68-year-old died due to Covid-19 complications in Lesotho, the family confirmed in a statement.

Tshola has been in the music industry for more than four decades and has entertained audiences on international stages.  He became a household name with his iconic 1994 debut album - The Village Pope.  He has never won a SAMA award, but still remains one of the most prominent jazz musicians in the country.

Tshola has collaborated with artists such as Cassper Nyovest,  Jub Jub, Rebecca Malope, and Joyous Celebration.

Despite being a permanent resident of South Africa, he maintained close ties with his home country.

@GovernmentZA -  We extend our deepest condolences to the family, friends and fans of the legendary singer #TshepoTshola (The Village Pope). We remember him for his classic gospel favourite 'Ho Lokile'.

@JoyousSA -  Rest well King. Thank you for your gift of music, thank you for allowing God to use you in a mighty way. We will see you in the morning.  Home sweet home! #TshepoTshola  #BeaulahLand

@ClarkePalesa -   African Jazz will always win ey. Even though the legends are departing, the music will always live!!!! #TshepoTshola