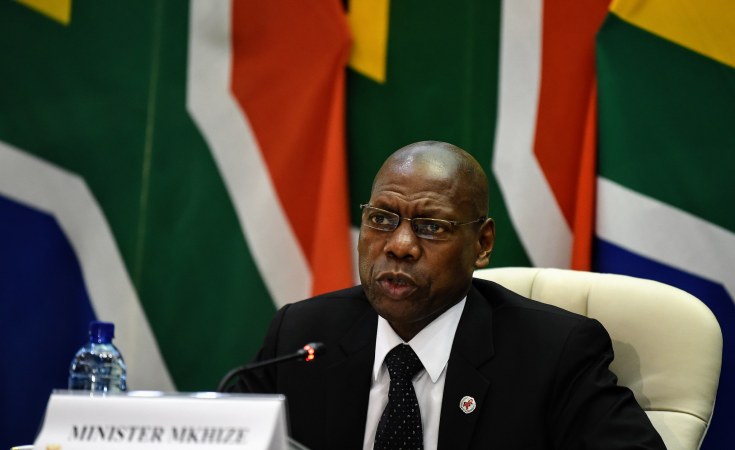 Mkhize is married to Dedani, the son of South African Minister of Health Zweli Mkhize.

The report went on to say their investigations also found that more than R446,000 was "diverted from the R150-million department of health contract" to the bank account of a new hair business, Gold Ace Cuts and Curls.

The health minister's son Dedani is the co-owner of the hair salon, located near his wife Sthoko's nail franchise.

The report went on say that some of the contract monies was used to cover expenses at Dedani Mhize's farm outside Pietermaritzburg, and an instalment for a luxury vehicle.

Mkhize denied any involvement in Digital Vibes dealings in this quote from the Scorpio report: "I did not have any dealings or arrangements with Digital Vibes. I did not know about Digital Vibes until it broke in the news...

Scorpio's four-month long investigation started with the funds that Digital Vibes received from the department of health for its National Health Insurance (NHI) and Covid-19 communications services. The contract paid R150-million in several instalments to Digital Vibes.

In May 2021, Health Minister Dr Zweli Mkhize was reported as saying that a contract awarded to Digital Vibes communications company was "irregular" and that disciplinary action against all those implicated is under way.

Mkhize's former personal assistant, Naadhira Mitha and Tahera Mather, who worked with him when he was Treasurer-General at the ANC's Luthuli House, run the company.

In June, Health Minister Zweli Mkhize was placed on special leave by President Cyril Ramaphosa and ordered to present himself to the African National Congress' Integrity Commission.

In July, the Presidency received the final report of the Special Investigating Unit on an investigation into a contract between the National Department of Health and service provider Digital Vibes.