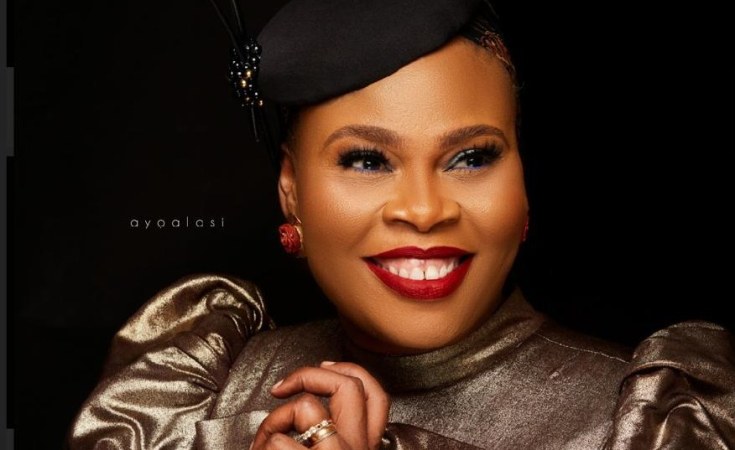 "He is the one! That's him!" Those were the words my brother heard before four uniformed men grabbed him at the store five minutes from his home in Port Harcourt, Rivers state where he had stopped to buy baby food.

It was New Year's Eve, December 31st 2018, and the next four days would change our lives forever. My brother would become one of the thousands of people kidnapped for money each year in Nigeria. In the first six month of 2021, at least 2760 people were kidnapped in the country.

The epidemic of kidnapping is one symptom of social unrest across Africa's most populous country.

For kidnapped victims and their families, however, each abduction can have long lasting and damaging psychological consequences and our family would join the hundreds of thousands more struggling to deal with the psychological impact of the event.

When my sister-in-law called me at 10pm that night, I lost all sense of where I was until I heard my husband's voice asking me to sit down and stop screaming. I was wailing incoherently.

My thoughts went to my mum who has lost her first son in 1994 at a young age of 15 and who has still not recovered from that. My elderly parents were hypertensive and I did not expect them to take the news well.

A short while later, I received a call. I was one of my brother's last five callers and the kidnappers chose me to make their demand: "10 million Naira ($24,300) or forget about him."

My brother was being held in a jungle camp and being fed bread and water while armed men threatened his – and the lives of other hostages – every day.

The next three days were a storm of emotions a rollercoaster of emotions until – on the fourth day of the ordeal – a caller from an unknown number announced my brother's release without paying the ransom.

We later discovered he was able to escape when police identified their hideout.

The reasons for these kidnappings is varied and include peer pressure, political kidnapping, ethnic nationalism , poverty, economic hardship, lack of education and even family influence. Whatever the reason, the reality is that the abductions have become more indiscriminate across northern Nigeria as local criminal gangs view victims as a source of income.

Recently , gunmen kidnapped 140 students from a boarding school in Kaduna, a state in the northwestern. Only 25 students escaped and the rest are yet to be released till date.

Since the well-publicized abduction in 2014 of 276 schoolgirls from Chibok secondary school by Boko Haram Islamist militants in Borno state, more armed groups have resorted to mass abduction of students. Indeed, more than 1,000 students have been taken since December and nine have been killed. While many have returned, more than 200 students are still missing either for monetary gain or due to bad governance.

But even when the kidnapping is over, the ordeal continues – as our family discovered.

For my parents, the stress took a heavy toll. Despite receiving counseling and debriefing, my brother had days of poor sleep, nightmares and he became more suspicious of people and unable to attend events.

We had to relocate him and his family to another city where he is more settled.

I recently shared my own experiences during the National security summit and my plea was for better psychosocial support to survivors and their families for closure and better healing.

The psychological impact of kidnapping can ruin the survivor and their family if left unchecked.

For my brother, he is more security conscious than ever and fears travelling; my mother panics when she has not heard from any of us in 72 hours.

As a therapist, you will think I should do better because I know better. No. I still cringe when I receive calls from unknown persons.

We are all still in our journey of healing because recovery is individualized but time does heal.

Many have called for government to be proactive in dealing with security issues and threats. The kidnappings have not happened in isolation. We know improving basic socio-economic conditions for everyone – particularly the youth - is important if we are to improve security.

There are real steps to be take: In as much as survivors are surrounded by family members and friends when released and showered with love and care, seeing a mental health practitioner for professional debriefing is highly recommended for healthy healing, prevention of any mental health disorders especially, PTSD and to find closure .

Where the victims are still at school-going age, education authorities must work with non-government organizations to deploy age appropriate psychosocial support and mental health counseling for survivors.

The Parents and Teachers Association of such schools (PTA) should also ensure the parents do have group debriefing sessions for the healing process of all affected.

The war against insecurity will only be won by raising governance standards so that the   government is responsible and accountable to the people.

Finally, as members in my family can attest, anyone who has gone through such traumatic experience should be provided with professional help for proper reintegration back to the society.

My brother's kidnapping brought home the reality that many Nigerians fear. And this fear translates into a trauma which, if left untreated, will create a generation of people with mental health needs issues.

My brother told me that the 98 hours he spent in the hands of his captors brought home the adage that life is short and death is sure. We celebrated when he came home but our hard work was just beginning.

We must therefore ensure that the fight for those that were kidnapped does not end when they are released. The real fight begins when they come home and deal with the potentially devastating psychological trauma.