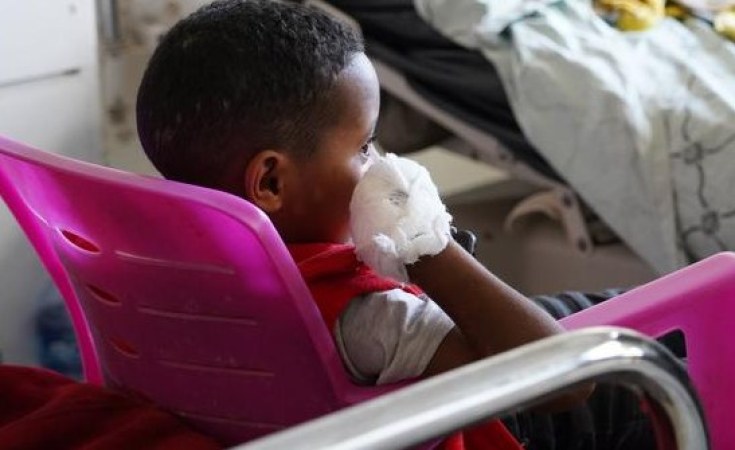 Maria Gerth-Niculescu/DeutscheWelle
A child in a hospital in Tigray's capital, Mekelle.
allAfrica.com
By Peter Kenny

Geneva — As the conflict between Ethiopia's federal government and the northern Tigray region escalates, the United Nations human rights chief has blamed all parties involved in the fighting for violating international human rights law.

Asked at a news conference in Geneva whether any one group is more responsible for atrocities than another, Michelle Bachelet, the UN High Commissioner for Human Rights, replied: "I would say that the big numbers of violations of human rights are linked to the Ethiopian and Eritrean defence forces."

To that she added a rider: "There have been huge allegations of abuses by the Tigrayan forces, and they continue until today. Unfortunately, we also see that all parties continue violating human rights."

She called for all parties to end the violence and prioritise the protection of civilians and fully respect their human rights. She was speaking on the release of a report of a joint investigation by the Ethiopian Human Rights Commission (EHRC) and the UN Human Rights Office covering the period from November 3, 2020 to 28 June 2021.

The report accuses parties to the conflict of carrying out unlawful killings, extra-judicial executions, torture and sexual and gender-based violence, as well as committing violations against refugees and forcibly displacing civilians.

Addressing journalists at the UN in Geneva, Bachelet also voiced deep concern at the imposition of a state of emergency on November 2 by the federal government in Addis Ababa.

The declaration "risks compounding an already very serious human rights situation in the country. Further restrictions on access could also push an already extremely difficult humanitarian situation over the edge," she said.

"While international law allows certain emergency measures in response to significant threats to the life of the nation, strict requirements must be met, and key rights cannot be limited at all," she added.

"The risks are grave that, far from stabilising the situation, these extremely broad measures – which include sweeping powers of arrest and detention – will deepen divisions, endanger civil society and human rights defenders, provoke greater conflict and only add to the human suffering already at unacceptable levels."

The UN rights office said that in recent days it has received reports of continued shelling by the Ethiopian National Defence Force (ENDF) of the Tigrayan regional capital, Mekelle, among other incidents.

"Nobody is winning this reckless war which is engulfing increasing parts of the country," said Bachelet in a statement. "Every day more people are suffering and dying."

Joint Statement On the Release of the OHCHR-EHRC Joint Investigation