Nobody Is Winning 'Reckless War' in Ethiopia - UN Rights Chief

The report of a joint investigation by the Ethiopian Human Rights Commission and the United Nations Human Rights Office accuses parties to the conflict between Tigray and the Ethiopian federal government of carrying out unlawful killings, extra-judicial executions, torture and sexual and gender-based violence, as well as committing violations against refugees and forcibly displacing civilians.

Addressing journalists at the UN in Geneva, Michelle Bachelet, the UN High Commissioner for Human Rights, called for all parties to end the violence and prioritise the protection of civilians and fully respect their human rights. "Nobody is winning this reckless war which is engulfing increasing parts of the country," she said. "Every day more people are suffering and dying."

Bachelet also voiced deep concern at the imposition of a state of emergency on November 2 by the federal government in Addis Ababa. 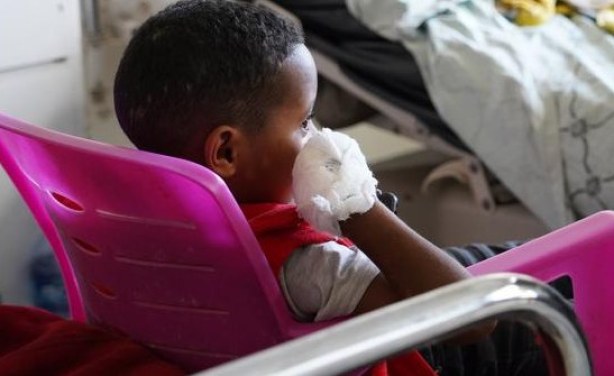 A child in a hospital in Tigray's capital, Mekelle.