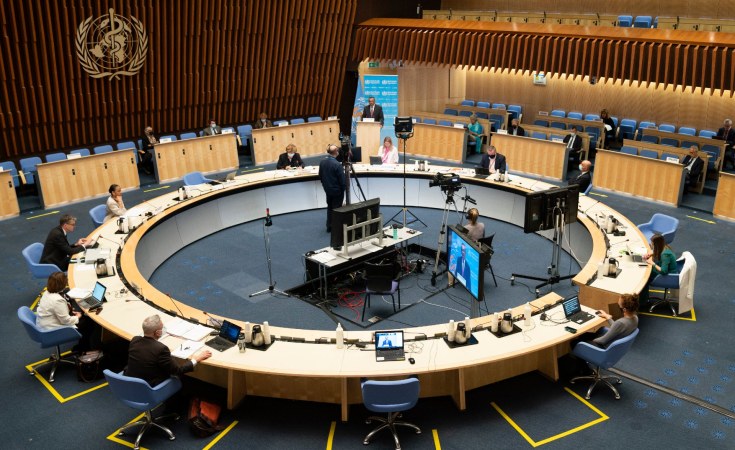 World Health Organization
The 74th World Health Assembly was held virtually from May 24 to 31 2021.
allAfrica.com

"The trends are seen both in nations with adequate doses of vaccine, as well as in those with very tight supplies. Many of the latter are in Africa, where more than 97% of the population still haven't been immunized.... How did the world get here? Insufficient preparation. Insufficient investment. Insufficient collaboration. Insufficient learning," the envoys write.

Responses work best if built on coordination and solidarity but collaboration between nations is inconsistent and not sustained. "As the fires of the pandemic flare up, the quality and predictability of response are hampered by suspicion and competition."

Noting that it is vital to learn from what has happened in the last two years, the envoys call for support for WHO member nations as they work towards an international legally binding agreement for preparing better responses to disease outbreaks, epidemics and pandemics. To consider the merits of a new agreement for pandemic preparedness and response, these nations have called for a Special Session of the World Health Assembly, starting on 29 November, 2021.

Previous Story
Historic World Heath Assembly Session Offers New Chance to Prepare for Future Pandemics
Next Story
How to Beat the Pandemic? Collaborate Fairly and Do It Now!

How to Beat the Pandemic? Collaborate Fairly and Do It Now!