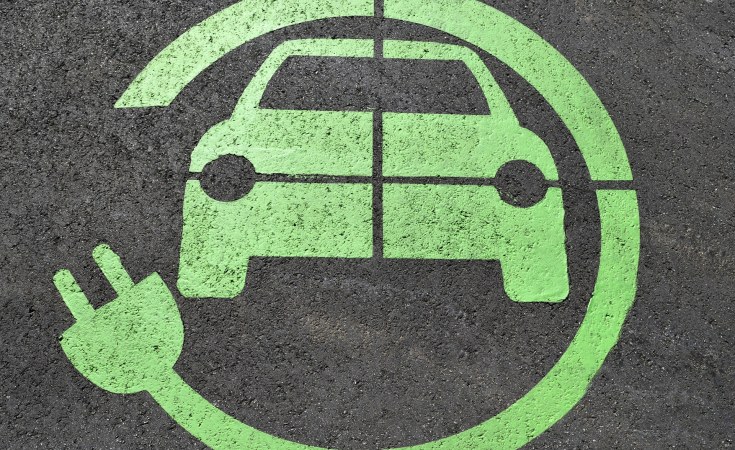 Cape Town — Electric vehicles (EVs) appear to be the future of transportation but what role do they play in meeting global goals on climate change?

Across the world, more and more people are opting for electric vehicles and the industry is undeniably on the rise. However, as electric cars grow in popularity, concerns over their environmental impact arise.

One of the biggest challenges facing cities is their carbon emissions from transportation. A report from the Institute for Transportation Development Policy (ITDP) and the University of California, Davis (UC Davis) says that electric cars on their own won't save us - the only way we can keep under 1.5 degrees Celsius of warming is a combination of electrification and increased urban density. Researchers say electric vehicles need to be combined with an effort to make cities bikeable and walkable to curb climate change.

In its report, The Compact City Scenario -Electrified states that the electrification of the vehicle fleet alone will not be enough to achieve the objectives set. Heather Thompson, CEO of the Institute, which released the study said that "We need electrification, but we will not meet our 1.5°C target if we focus on electric vehicles alone. We need to also focus on the fundamental equation of driving less, even if in electric vehicles, which still require a lot of resources like clean electricity. We need high-density development that provides better access to employment, education, and services for families of all income levels without being dependent on cars. Walkable and cycling cities aren't just better for the economy and the environment - they're healthier and happier for everyone. We have the evidence, and we know what needs to be done: we need an integrated approach that includes both electrification and compact development. Cities must step up."

"We absolutely need to get fossil fuels out, but that will only take us so far," Thompson added. "We need to develop cities in compact ways, to make sure people don't need to get behind the wheel."

The world needs to wean itself off fossil fuels that are destroying the climate. EVs have a lower carbon footprint over their lifetime than cars or trucks that use internal combustion engines. However, some experts believe that greenhouse emissions during the manufacturing process and battery-charging have to be considered. For example, the batteries in electric vehicles are charged with power from the electric grid - which is often powered by fossil fuels. In addition, there is concern over how energy-intensive it is to build an EV or an EV battery compared to a traditional vehicle.

In many African cities, mini-busses and motorcycles are the primary modes of public transportation. So much of the air pollution is caused by vehicle exhaust which leads to chronic respiratory illnesses and premature death. As a result, increasing the use of electric vehicles is a welcome initiative to decarbonise transport and improve air quality in African cities. Several issues still need to be addressed by African countries before they can reap the benefits of the electric vehicle movement.

According to UN Environment Programme (UNEP), South Africa, Kenya, Mauritius, Seychelles, Rwanda, and North African countries are the early leaders in the EV market. UNEP,  through its Global e-Mobility programme, has been providing assistance to African countries in developing the right policies to transition from fossil fuel to electric mobility. Due to Africa's chronic power shortages, smart grids fed by renewable energy can facilitate the transition, reduce greenhouse gas emissions, and enable countries to meet their climate objectives.

The use of electric vehicles is a key part of shifting away from fossil fuels and reducing greenhouse gas emissions, but more is needed within the manufacturing process to reduce the carbon footprint. The rising demand for minerals like cobalt, manganese, and lithium has led to a surge in deep-sea mining, which studies predict will have serious and irreversible effects on biodiversity.

Cities around the world have started to adopt a protagonist role in the battle against climate change. Many cities are already using renewable energy sources, cleaner production techniques, and regulations or incentives to limit industrial emissions. Cutting emissions will also reduce local pollution from industries and transport, thus improving urban air quality and the health of city dwellers.

These include developing compact and dense urban centres that require policies addressing land use, walking and bicycling public transit, and disincentivizing car use. In compact, mixed-use cities, people live within a short distance of their daily needs, meaning they can walk or cycle to them. These cities also make public transit more efficient by having more destinations (homes, jobs, and services) near stations and shorter distances between stations.

In Kenya, a startup company called Opibus is chartering an ambitious path to achieving a zero-emissions public transportation system.  The company is on a mission to refit electric engines into diesel and petrol buses that have the capacity to travel over 250 kilometres a day on a single charge.

Chris Kost, Director, ITDP Africa says that "many African countries generate a large share of their electricity from renewables, including hydro and geothermal, making e-mobility an attractive option to reduce greenhouse gas emissions from the transport sector. In this context, e-mobility also has an important benefit in enabling countries to avoid spending limited foreign exchange on fuel imports. There are several e-mobility initiatives across the continent. E-buses have been deployed in cities such as Alexandria, Cairo, Cape Town, and Kampala, among others. In Uganda, Kiira Motors has set up a local assembly facility to produce e-buses. In addition, there is a vibrant startup scene pursuing the electrification of motorcycle taxis (e.g., Ampersand, REM, Bodawerk) and three-wheelers."

However, even though electric vehicles are key to shifting the motor industry away from fossil fuels, years of unregulated industry practices have led to detrimental human rights and environmental impacts, which governments and industries are not doing enough to tackle.

Cobalt is a key component in batteries for electric cars, phones, and laptops, and DRC provides more than half of the global supply. But here's the problem, tens of thousands of children as young as six dig for the toxic substance in artisanal mines in the country's southeast, without protective clothing, Amnesty International says. The rights group documented serious human rights violations linked to the extraction of the minerals used in lithium-ion batteries, particularly in the DRC. A 2016 investigation found children and adults in southern DRC working in hand-dug cobalt mines facing serious health risks, neither protected by the government nor respected by companies that profit from their labour. Amnesty's research has linked these mines to the supply chains of many of the world's leading electronics brands and electric vehicle companies.

Finding effective solutions to the climate crisis is an absolute imperative, and electric cars have an important role to play in this. But without radical changes, the batteries which power green vehicles will continue to be tainted by human rights abuses," said Kumi Naidoo, Amnesty International's Secretary-General. "The massive global corporations that dominate the electric vehicle industry have the resources and expertise to create energy solutions that are truly clean and fair ... With demand for batteries soaring, now is the time for a drastic overhaul of our energy sources that prioritizes the protection of human rights and the environment."

In November 2021, world leaders met in Glasgow, for  the COP26 climate talks, and a new global agreement - the Glasgow Climate Pact - was reached.  It was agreed countries will meet next year to pledge further cuts to emissions of carbon dioxide - a  greenhouse gas that is one of the causes climate change - where at least 197 countries will report their progress towards more ambitious targets at COP27, set to take place in Egypt.  The agreement pledged to significantly increase financing to help poor countries cope with the effects of climate change and make the switch to clean energy.