Nigeria: Tomato Jos in the Business to Win and That's it - Mira Mehta to Investors 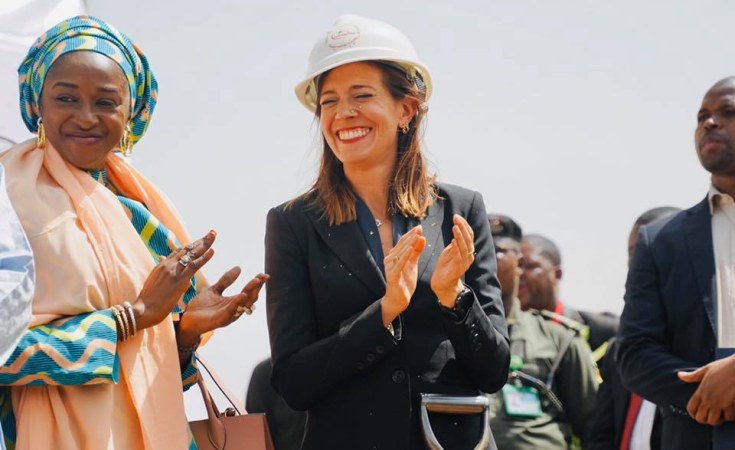 Tomatoes. No sandwich, stew, or jollof rice is complete without this key ingredient. But besides being tasty, the global tomato industry is big business and that’s precisely what entrepreneur Mira Mehta has cashed in on.

Tomatoes are one of the priority crops in the Nigerian government’s food security programme. The country is the 14th largest producer of tomatoes in the world, second in Africa and accounts for about 65% of all tomatoes produced in West Africa. Despite this, Nigeria imports an average of 150,000 tonnes of tomato paste concentrate annually, valued at about U.S.$170 million - making it the 13th largest importer of tomato paste globally and third in Africa.

This is one of many motivations for the establishment of an agro-processing company in Kaduna, about 190km from Nigeria's capital Abuja. Another was just how much of the precious crop was being wasted. This challenge presented an opportunity for Mira Mehta to form Tomato Jos.

In 2008 Mehta started working for an NGO in the health sector and developed her love for the diversity and opportunities Nigeria presents.“Over the years that I've lived in Nigeria, I really grew to love the country ... I felt that this was a place where I could actually create something, make a real difference and build an incredible company."

To make that difference Mehta started Tomato Jos in 2014. By September 2021, the company officially launched its tomato paste factory in Kaduna, almost seven years after it first started growing tomatoes in the country. The facility is said to be the third-largest of its kind in Nigeria and can produce one carton of tomato paste packets every minute.

Mehta says Prosper Africa has been instrumental in helping Tomato Jos raise the money for its factory. Prosper Africa’s support and investment in the success of the company was key in attracting more investors and showing them the vision, value and prospects for Tomato Jos. This invaluable support resulted in unlocking additional funding. In 2020, the company raised €3.9 million, led by Goodwell Investments through Alitheia Capital - its West African partner - with participation from Acumen Capital Partners and VestedWorld among other global investors.

"Our goal up to now has been to create a supply of tomatoes at the right price, at the right volume, at the right quality over the right period of time, and that has been our focus - that is the foundation on which the factory will rest," she says. To achieve this, the team needed quality produce from local farmers.
The company’s support to local farmers over a number of years has also increased their production and profitability. With direct capital from investors, the company is now able to directly support over 70 farmers to grow their average yield by over 340% from 5 to 22 metric tons per hectare, while increasing average income by 455%.

During extensive planting or harvesting periods, the farmers often need additional labour, expanding an income-generating opportunity to thousands of people. This makes Tomato Jos the largest employer in a 32km radius.

But this journey hasn’t been without its challenges.

The global Covid-19 pandemic, now in its third year, has caused hardship to communities and countries around the globe. Businesses had to adapt to lockdown orders and social distancing protocols to protect the health of their workers. For the Tomato Jos team it was no different.

When Covid-19 first hit, the company had just raised the capital for the factory. The lockdown was enforced around the Easter period which according to Mehta, is one of the peak periods for the sale of fresh tomatoes. “Our prices crashed because we couldn’t get our trucks with tomatoes from Kaduna down to Lagos and Port Harcourt, where the major markets are. We took a loss, a huge loss on the harvest," she says.

In addition, construction of the factory that began in January 2020 had to be put on hold, but could fortunately resume in August, just in time for the processing equipment worth €3.5 million that arrived in November. After intensive staff training, the first production test was in March 2021.

After successfully adapting to these circumstances, Nigerians shopping at markets in and around Kaduna were finally able to taste a locally-produced tomato paste made with locally-grown tomatoes in the first quarter of 2022.

Mehta thinks that local processing gives her company an edge. "Over 95% of the tomato products consumed in Nigeria come from abroad, so being able to produce a local product is certainly a differentiator in terms of quality and cost".

When it comes to competing with established brands, Mehta says the plan isn't to try and change the behaviour and the brand preferences of the older generation, who may be used to buying one product for decades. Instead, Tomato Jos targets new, young, up-and-coming professionals who are starting to make their own brand decisions, aiming to capture them as lifetime consumers.

The team is also committed to having an impact on the local communities. Tomato Jos has worked on a number of projects that include supporting education, rehabilitating roads in the area around it’s operations, and has hopes to expand to supporting a primary healthcare facility.

Mehta wishes investors could see firsthand the scale of the operation and the depth and breadth of the team. “I'm one of over 100 people who are extremely dedicated, and extremely capable, and who have built something that we're all extremely proud of. And to see the scale of it, actually seeing thousands of farmers having a different opportunity, putting lives on a different trajectory, to see the factory ... it's easy to read third largest factory in Nigeria, but it doesn't do justice to what it feels like to see this first class, world class facility," she says.

Mehta is confident that Tomato Jos presents an excellent opportunity for investors to partner with a company committed to delivering a quality product for the local market but with West African and Diaspora markets in sight, and says that the team is one of very few players positioned to win.